As work on my Part 103 List continues, I have reached out to producers of the lightest, most affordable airplanes you can buy. The list is now 54 producers and yet I am aware more may show up to be counted. That’s good. More choice in affordable airplane benefits pilot consumers. 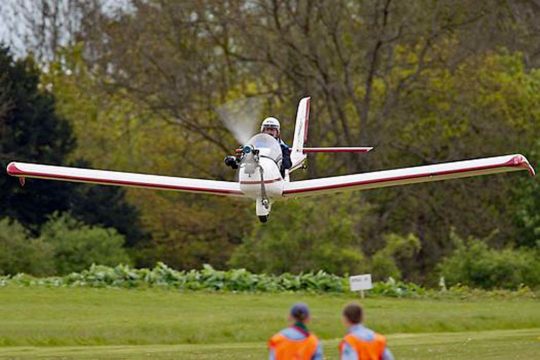 In 2020, the most-read articles appearing on this website were about affordable aircraft — updates describing FAA’s new regulation for Light-Sport Aircraft were also popular.

After a decade or more when many pilots believed Part 103 ultralights had all but disappeared, I am delighted to say those people were simply wrong. Part 103 is very alive and well, perhaps healthier than at any time since the category was created in fall of 1982. The volume of people visiting this website — up more than 50% in 2020 — and a majority of those visitors choosing to read about 103s provide numerical proof that interest in these aircraft is large and growing. 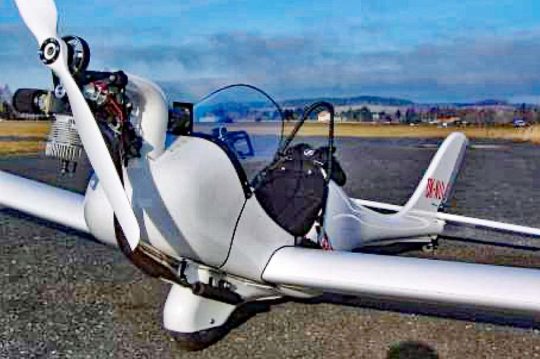 Further evidence: the January 2021 EAA Sport Aviation title has a cover story on Brian Meyer‘s EZ-103,  a one-off custom Part 103 design that looks like Legal Eagle spawned an offspring with Top Rudder’s Solo 103. The January magazine also has an article on the electric eGull from Earthstar Aircraft genius designer, Mark Beierle. EAA editors saw fit to dedicate a total of 18 pages to these two stories, one-sixth of all the pages in the new issue (image at bottom).

FYI: Here’s my article and video about eGull plus Legal Eagle articles and video.

If you are well-read in light aircraft, you may recognize the name Marek Ivanov. “It sounds so familiar. Why?” you might ask. Actually this man is a very important figure from the Czech Republic where he has been involved with many airplanes you know. His Future Vehicles website shows an impressive flow of airplane photos, many of which you will recognize and all of which have Marek’s fingerprints on them He didn’t design all these but he contributed his engineering skills to their development. Go here to see the long list of light aircraft on which Marek has worked. 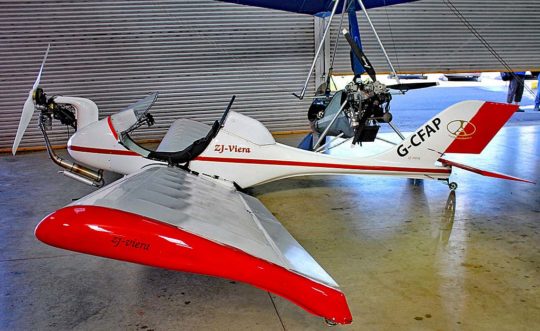 As we met more than once in this millennium, and because I was working on the Part 103 List, I reached out to Marek following the advice of Flight Design USA proprietor, Tom Peghiny. Although I’ve had no contact with Marek in recent years, he remains a force in light aircraft design and production.

“I have still in production Viera and Desire airplanes,” Marek confirmed just before Christmas 2020.

“I think you know Viera was produced by the Interplane company,” he recalled. Yes, I did know this. For those who may have forgotten, Interplane was the company behind the once-popular Skyboy. Here is my full-length pilot report on the aircraft from 2004.

Marek remembered, “You and I met in Sebring in 2008. I was CEO of Interplane at that time.”

After American Interplane owner Ralph Mandarino retired more than a decade back, Marek said, “I produced Viera in my company, IvanovAero. In 2018, Marek transferred all activities to his new company, Future Vehicles.

“I’m still offering those airplanes and we have all tools for Viera and we are ready to build it, but honestly, we haven’t sold any for a long time,” Marek admitted. “Usually, all sales were stopped due to transport costs. It is a light and relatively cheap airplane but it requires a 20 foot shipping container for transport to America. Of course, we can load five Vieras to the container, but I was not able to convince customers to buy five instead of one to reduce transport costs.” Indeed, today, no one represents Viera in the USA but given the modern intensity of interest in Part 103, that could change. 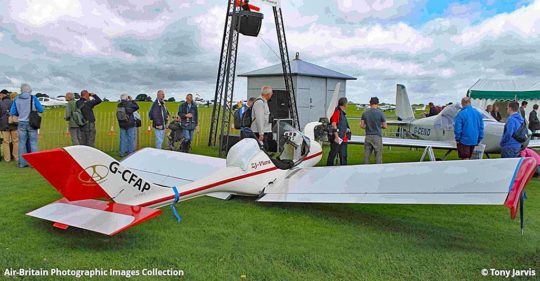 Viera is a monowheel Part 103 airplane that was also made in tricycle gear form, though I am unsure if the tri-gear version can comply with Part 103 weights and speeds. To familiarize readers, here are two short articles on Viera, one from 2007 and another from 2008.

Although Americans are less familiar with monowheel-equipped aircraft, this construction is commonly used on sailplane gliders, part of their never-ending mission to reduce drag. As do many Europe-trained aeronautical engineers, Marek has experience in sailplanes. Monowheels can be particularly good for off-field landings — for which sailplanes need always to be prepared should they lose sustaining lift and have to make an out-landing. Also, in Europe, where airports commonly charge for each and every landing (imagine that, you lucky Americans!), an aircraft that does not demand a registered airport can save a lot of money. 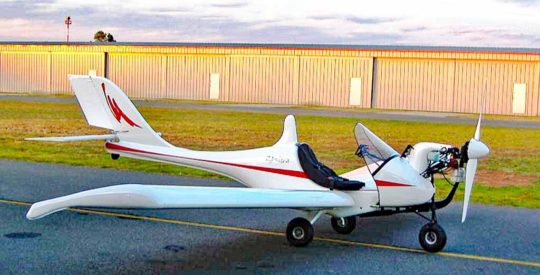 Unseen by Americans (including me), Marek said Desire is also Part 103. While it is a one-off custom design, “we can deliver it within less than 12 months if there is demand,” he said. Marek referenced that capability due to the rules I’ve created for an aircraft to be included in the Part 103 List. To make it quicker for readers, I repeat the four rules below the video.

Marek is indeed a busy fellow. He is also the man behind a two-seat 912-powered aircraft called Sparrow. If I’m fortunate enough to get to Aero Friedrichshafen 2021, I hope to see more of Marek’s work and perhaps to interview him.

Here is Marek’s video of his Desire design. Enjoy!

To be included in the coming Part 103 List, all aircraft must meet these four rules:

1️⃣ Current production aircraft only. If an aircraft is not actively being sold today, I will not include it, however, I have listed some “in development” models as they are from known producers who have made Part 103 aircraft before. Multicopter designs will notbe included as none have entered the market to-date.

2️⃣ An aircraft must be able to qualify for Part 103 according to FAA’s Advisory Circular AC-103-7. This can include a kit-built Part 103 aircraft that a buyer may register in Experimental class so long as it can genuinely comply with Part 103 parameters. Part 103 Ultralights built from plans will also be included.

4️⃣ No one-off, custom designs or aircraft still in an early development phase. I only want aircraft that a customer can buy for delivery within the next 12 months. 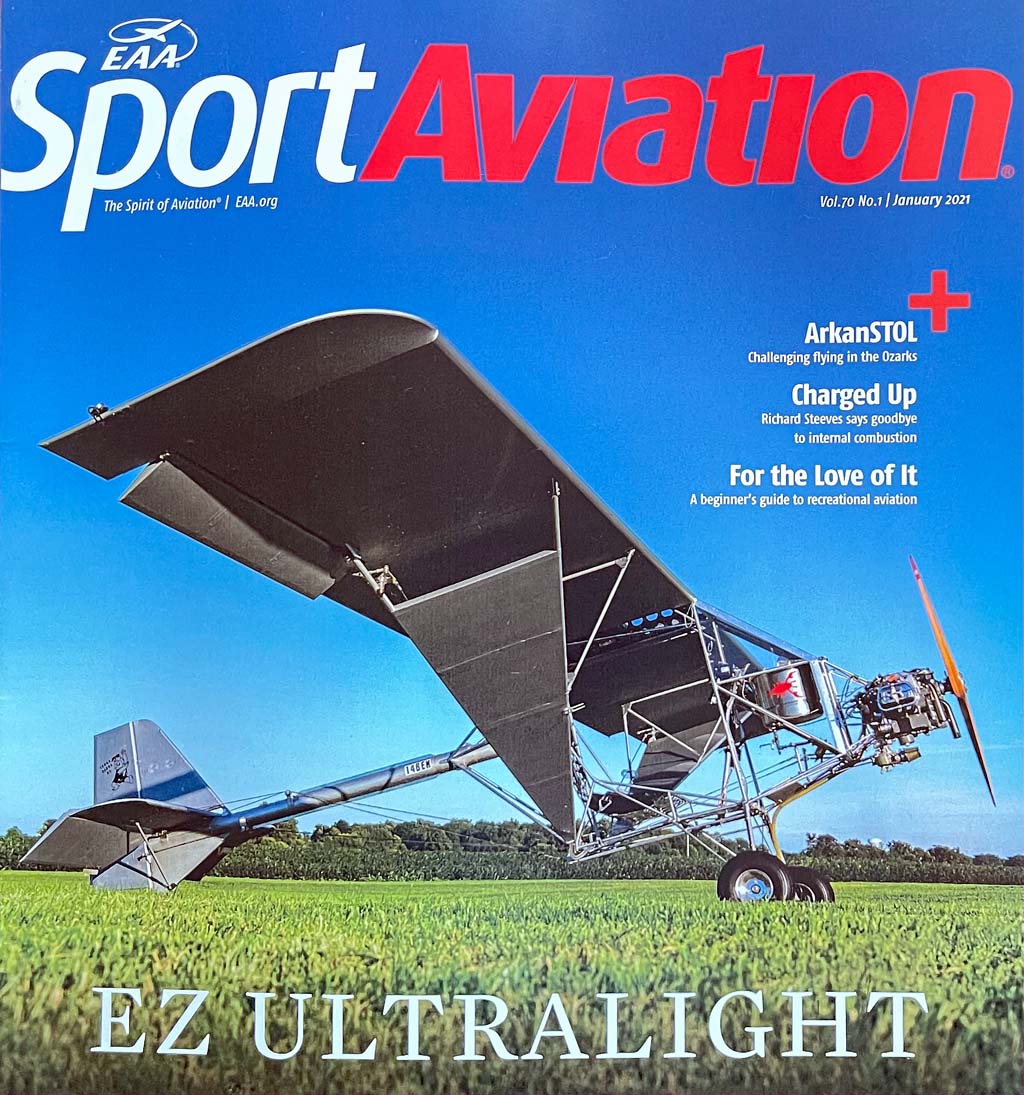