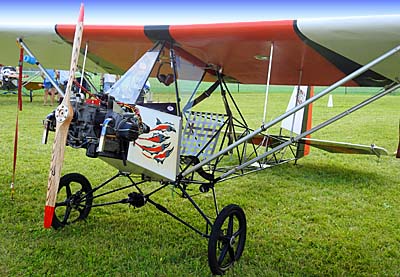 In this article, I am writing about one of most affordable aircraft you can build. Legal Eagle is not available either fully built or in a full kit.

A slightly enlarged version of the original, the Legal Eagle XL Ultralight can handle a 275 pound pilot yet has an empty weight of just 246 pounds …so it also makes the grade as an ultralight.

The original Legal Eagle limited the pilot weight to 225 pounds. Physically bigger pilots also needed a wider, taller seat plus more wing area and span was needed to carry the added pilot weight. A solution resulted in the XL design. 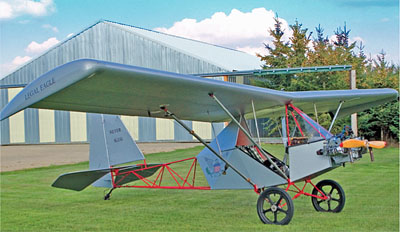 Neither of these models require a pilot certificate, N-number registration, and the operator has no need for any kind of medical. Despite this freedom, no one advises flying any Part 103 ultralight without proper and thorough flight instruction.

Better Half VW, the company behind the Legal Eagle series, offers a welded fuselage and a materials package. However, to keep the price extremely low, builders will have to do some scrounging, said Leonard Milholland, the designer. 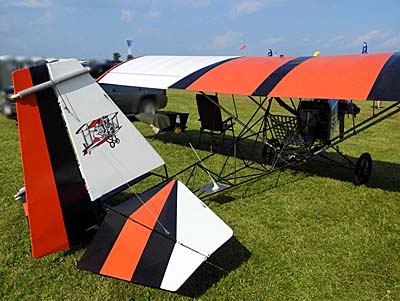 How low can the price go?

According to the company and its proprietor, Leonard Milholland, the cost to build a Legal Eagle is $3,000 to $5,000 …depending on your scrounging ability. “I have less than $500 hard cash in mine but I had the engine and most of the tubing, etcetera,” said Leonard.

Will a kit be made available? “No,” said Leonard, “that probably won’t ever happen.” He added, “The whole idea of this design is to keep it economical. You can afford it if you want to do the work.”

If that isn’t for you, well, you have many fine choices in fully built aircraft although you may be able to find a Legal Eagle somebody else built.

A simple machine, Legal Eagle is for pilots looking to have a little fun in the air on the most modest of budgets. 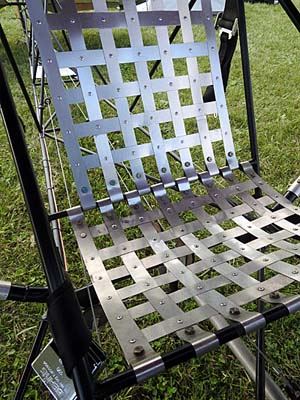 You buy a set of plans for $50 and invest six to nine months of your time. Other packages offer a series of videos and more details. Some builders will choose the welded fuselage and a materials kit though these will increase costs beyond the bare minimum.

Leonard reported, “I started [my company by supplying] the Better Half VW 2 Cylinder Engine conversion in about 1993, and so far have sold about 5,000 plans of this conversion. One unique feature is the fact that there is no need to cut that case!”

He added, “Somewhere between 450 and 600 of these engine conversions have been built and are flying today… including on dozens on flying Leagle Eagles.

At Oshkosh 2018, EAA helped with a special display location to celebrate the 20 years of Legal Eagles.

In addition to the half-VW engine, we also saw Legal Eagles powered by the Vernor radial engine at Airventure this year. See one flying below.

Check out the 20th Anniversary of the Legal Eagle and hear how it flies on this video: