Beringer is a leading manufacturer of wheels and braking systems for motorcycles, automobiles, and aircraft since 1985. After decades of creating high quality and top performing products for ground-bound and airborne vehicles, the family enterprise sold the automotive part of the company in 2006 to dedicate its energy on aircraft products. At that, they’ve done very well.

Beringer in America — Beringer is a French company with a U.S. outlet in Greenville, South Carolina. American pilots can call 864-214-4274.

High-Tech Brakes — “Aeronautical certifications allow Beringer to design and produce high performances wheels and brakes for certified aircraft.” As proof of this capability, the company was selected by Cirrus Design to provide wheels and brakes for the Minnesota company’s high-end general aviation aircraft for 2014. Cirrus recognized the high performance and low mass of Beringer wheels and brakes that perform at a cool overall operating temperature. The French manufacturer’s wheels allow tubeless tires for greater reliability than traditional tube tires, improving safety and making tire replacement easier and less expensive. The 3,600-pound SR22 lands at 75-85 knots producing a high kinetic energy (550,000 ft/lb). At the end of the braking cycle, traditional brakes lose effectiveness, due to the rising temperatures of the discs and calipers. Beringer employed its experience with Formula 1 race cars to solve this problem of heat transfer from the disc to the caliper by using a "ventilated caved piston." Cooling fins are machined in the caliper, doubling the cooling air surface on the caliper frame.

Great for LSA, too! — At only about a third the weight aircraft of the Cirrus, Light-Sport Aircraft and light kit aircraft also benefit from lighter components. To keep weight to a minimum, Berigner uses a high strength aluminum alloy that is CNC-machined from a solid billet. The copper / aluminum 2000-series alloy used for the wheels is also much more corrosion resistant (about 2.5 times) than the cast alloy traditionally used for aircraft wheels. It is also far less fragile and much less susceptible to cracking. Like the Cirrus versions, all Beringer wheels are tubeless for safety, reducing the risks of puncture and nearly eliminating the possibility of a blowout. Maintenance can further minimized as Beringer wheels use sealed bearings and long lasting brake pads benefitting from the company’s efficient floating-disc design.

Taildragger Innovation — Introduced to Americans at AirVenture 2013, Beringer’s no-groundloop tailwheel is clever and can prevent upset. Read this article to see how the company hardware does the job. Avoid instability at high speed and gain stability when taxiing. Using a cockpit control, the pilot can lock the tailwheel to precisely guide his or her airplane when taking off and landing. When unlocked, Beringer’s invention allows sharp turns (at slow speeds) when one main wheel is braked. This also makes for easier handling when putting the aircraft back in the hangar.

Supplied from America — While headquartered in Tallard, France, Beringer understands the American market very well. They know Americans prefer to buy from a U.S. supply point. So, the European company established a facility in Greenville, South Carolina. American pilots can call the American facility at 864-214-4274. 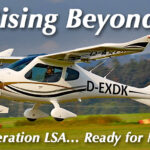 Rather loudly and persistently I beat the drum about “affordable aircraft,” but readers also enjoy learning about other aircraft.
December 21, 2021 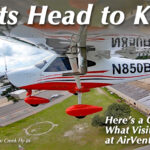 Well, FINALLY, AirVenture Oshkosh is barely a week away. It seems like forever, doesn’t it?
July 20, 2021 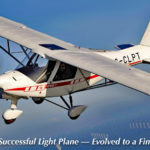 Americans have seen Comco Ikarus‘ C42 before. At least three different importers have represented C42 versions to the U.S.
April 9, 2021 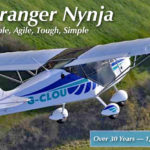 “Nynja lifts off after a ridiculously short ground roll and soars skyward at a precipitously steep angle.
March 16, 2021 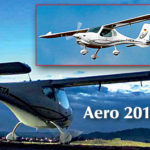 Jetting straight from Sun ‘n Fun, we were able to arrive at Aero Friedrichshafen by noon on opening day.
April 10, 2019 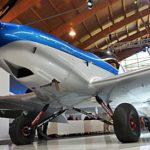 Splog: Does It Work to Combine Sleek and Speedy with Tundra Tires? Yes… Beautifully! 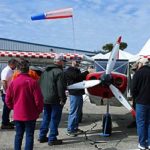 Day two of the year’s first show, Sebring was a bit cooler and windier but still a fine day as the photos show.
January 26, 2018 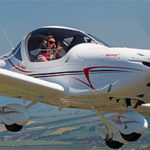 Splog: DeLand is Approaching… Video Deluge Brings Attention to Exhibitors You Will See

My video partner must be working around the clock as he prepared a blizzard of videos for release starting November 1st.
October 30, 2017 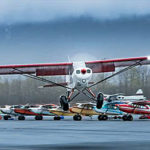 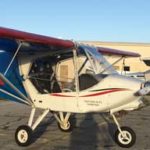 This last week, I trekked to FAA headquarters in Washington DC, an action that consumed three days of my time.
November 28, 2016

Beringer is a family company that has been deeply involved with wheels and brakes in the automotive and motorcycle world.
August 19, 2016 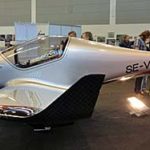 Aero is such an interesting event for many reasons.
April 16, 2015 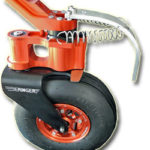 Elements are basic components of nature. As in our first part, I see Oshkosh Elements as fascinating ideas other than airframes or engines.
August 23, 2013