As ByDanJohnson.com expanded from an archive of hundreds of pilot reports and thousand of photos to a Light-Sport Aircraft news and video outlet, the number of editorial contributors has grown.

Originally, everything was written by Dan Johnson (hence the website name) but today several other persons contribute.

Dan Johnson… is a longtime aviation writer publishing in several magazines before online news began to augment print publications. More about Dan can be found at his bio. Most (but not all) pilot reports on the website are written by Dan and many news items in SPLOG are his work. Dan also appears in most of the videos appearing on this website.

Following are some of our other contributors…

Ultralight News… publishes several websites and operates a highly successful YouTube video channel. The publisher’s experience goes back to the beginning of ultralight aircraft. Several websites are maintained, lead by their flagship UltralightNews.com. They produce a weekly videomagazine and write articles in titles such as Light Sport and Ultralight Flying magazine.

Ultralight News is the producer of all the videos appearing on this website and hundreds more found through his websites. Dan Johnson says of his video partner, “While I get to be the ‘on-camera talent,’ it is their work behind the scenes that makes these videos fun and fast-paced. They literally would not be possible without the man on the other side of the camera.” 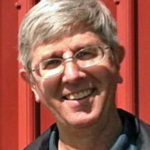 Steve Beste… A self-described “retired software engineer,” Steve is well qualified to sift through FAA computer records to distill the information ByDanJohnson.com reports when illustrating the health and trends of the light aircraft industry.

Not only has Steve used a professional approach to capturing this information, he has applied his technical skills to make the task somewhat easier going forward so we can be more consistent with this valuable reporting. As Steve is also a weight shift trike pilot, he brings more than technical expertise to the task as he shares the passion of flight with most readers.

His deep knowledge of computers and databases allow ByDanJohnson.com to display market information through a program called Tableau Public that makes the consumption of such data far more visually interesting.

Dave Unwin… Formerly the editor of England’s Today’s Pilot magazine, Dave Unwin is currently Pilot magazine’s Flight Test editor. He has been flying for 26 years, and has around 4,300 hours in about 250 different types, ranging from antique gliders and vintage biplanes via seaplanes, skiplanes and sailplanes to modern turboprops and jet fighters.

ByDanJohnson.com is proud and pleased to have a talented aviator like Dave join our group. We’re sure you’ll enjoy and learn from reading his experiences in light aviation. See more on Dave’s website.

Roy Beisswenger… At AirVenture 2011 Roy received the Bax Seat Trophy from Flying Magazine, given annually to a journalist who communicates the excitement and romance of grassroots aviation. After 10 years of the Powered Sport Flying Radio Show, several years as the publisher of a magazine with a similar title, and even more experience teaching folks to fly powered parachutes, Roy certainly understands grassroots aviation.

Through the lens of his media enterprise he has an unparalleled view of the genuine recreational aircraft community. Besides his own publishing operation, Beisswenger has written for many other magazines and now joins ByDanJohnson.com as a contributor. See more of his work.

Randee Laskewitz… is the office manager for ByDanJohnson.com, assisting not only with office functions but offering support at airshows and other events, allowing writers and photographers to focus on their tasks.

Randee is a pilot with many hours of hang glider soaring experience in her logbook. She has flown in many light aircraft and has soloed in a Quicksilver on floats.

In addition to supporting other ByDanJohnson.com staff members, Randee also volunteers at the major airshows, helping out, for example, in the Red Barn in the ultralight area of EAA AirVenture Oshkosh.

James Lawrence… is a multi-talented individual who once starred on TV’s “Swat” and the major motion picture film, “The Final Countdown.” He has directed more than 600 air-to-air photo missions and is a popular photographer whose work has appeared in aviation magazine cover photos, and pilot report photos. James’ camera work has often appeared in Outdoor Photographer, a magazine he edited for several years and he has published four nature photography books. For five years, Lawrence was the LSA editor for Plane & Pilot magazine and he formerly edited Ultralight Aircraft magazine.

James is now retired from aviation writing but many of his articles remain on ByDanJohnson.com