Some pilots are wary of taildraggers. This is hardly surprising since only tricycle-gear aircraft have been used in primary flight instruction dating back into the 1970s. Most pilot have no experience with taildraggers but nearly all have heard of the dreaded ground-loop tendency such gear configuration can allow. 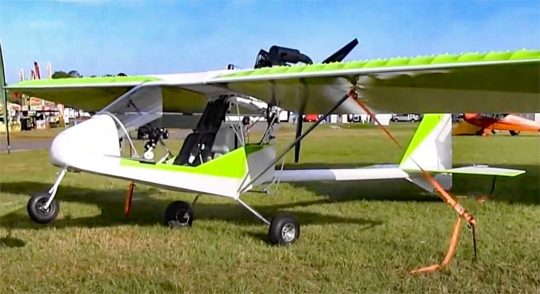 Indeed, when investigating insurance for a taildragger, you will have to prove you have some experience or get training from a suitably-experienced instructor — and you won’t find many able to help you.

How about if an aircraft went both ways? What if an affordable aircraft allowed you to fly with tricycle gear but permitted you to practice your taildragger technique yet still use the nosewheel’s self-straightening capability if you start to get a little “sideways” (literally or figuratively)?

Kolb Aircraft has an answer.

Producers of Part 103 aircraft, such as Kolb Aircraft report consistently strong business for the last few years. Many pilots find it hard to believe this statement as they’ve been told for years, “You can’t find a sufficiently powerful three-axis aircraft that can truly meet Part 103.” 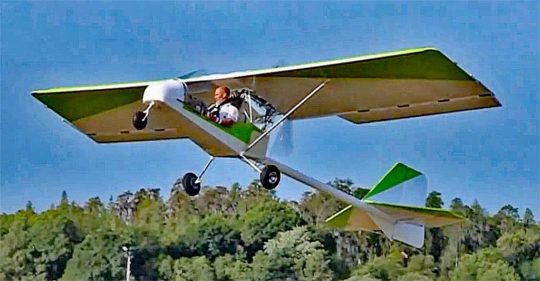 That’s just plain wrong and here’s proof: Go to a producer of Part 103 aircraft and ask about delivery time. You’ll probably find a longer wait than you expected. Kolb and U-Fly-It, builder of the Aerolite 103 say they are building at capacity so they use Part 103 kits as a way to keep up with demand. Other producers of 103 models, including UltraCruiser, Fisher, Mini-Max, Badlands, SD-1, Minifox, Kub, and Swan, report steady sales of their entries (this list is not exhaustive; even more choices can be found; nor does it include used Part 103-compliant aircraft). Neither does the preceding include weight shift (Rev or Solairus), powered parachutes (Challenger 503), single-place motorgliders (Elf) or new entries (Corsair). 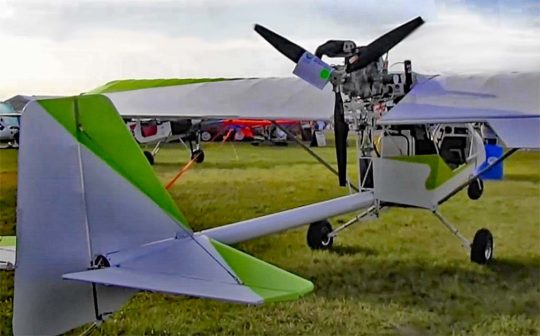 Why are single-place aircraft growing in popularity?

Several good reasons account for Part 103 success but prices for these least-regulated aircraft remain surprisingly low* for flying machines that… do not require a pilot license, do not demand an aviation medical of any kind, do not need FAA registration and N-numbers. Plus, the manufacturer can fully build this aircraft for you (and most do). You can also build it from a kit, of course, and if you keep it within the Part 103 requirements, all those freedoms apply to your kit just the same as a factory built. In addition, a kit does not need to meet the so-called 51% rule.

Kolb’s FireFly is a long established model from one of America’s best-regarded airplane manufacturers. Like nearly all Kolb Aircraft, FireFly is a taildragger …although the company’s models represent some of the easiest-to-handle taildraggers you’ll find in all of aviation. 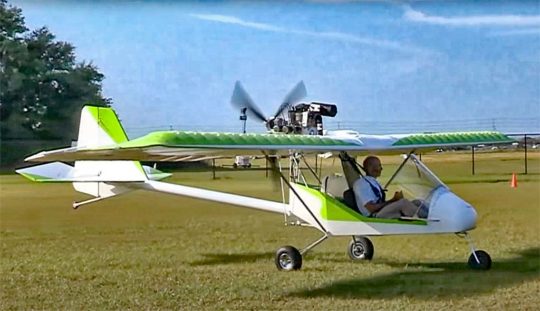 Cool as taildraggers may be, the last couple generations of pilots  overwhelmingly learned to fly in tricycle gear aircraft.  Most don’t care to advertise their lack of history with “conventional gear.”

To address potential customers telling him they were unsure about their success with a taildragger, Kolb main man, Bryan Melborn engineered a tricycle-gear version of FireFly. He inventively calls it TriFly.

In truth TriFly also comes with a tailwheel. That’s some of the magic because Bryan reports you can definitely perform a three-point landing (main gear touching down in concert with the tailwheel) in TriFly. You can keep rolling out all the way to a stop without the nosewheel contacting terra firms. When the movement stops or you relax the joystick, TriFly will go back to tricycle mode and you can taxi back to your hangar or tie-down. 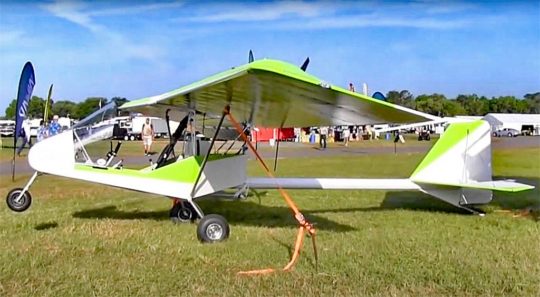 Or, if you prefer, land TriFly like any Cessna; that works well, too.

My personal experience with Kolb Aircraft — having flown numerous models over many years — indicates that great handling qualities are a Kolb trademark: light controls with good response, nearly perfect for most pilots. Performance in matters such as takeoff roll, landing distance, and climb rates are superb. As a Part 103 aircraft, speeds are limited by regulation but TriFly fills the envelope fully.

In every way, Kolb taildraggers are a delight to operate and, truly, you should not fear the taildragger. If you are unsure or if you don’t want to meet the insurance demands for a taildragger then TriFly may be the perfect combination. You can have it both ways all in one machine with no adding or removing components.

* It is true that some single-place entries — Corsair, Elf — do not have rock-bottom prices but even these more sophisticated designs are relatively affordable compared to most two-place models.

In comments about this video, alert viewer MichaelPMc observed, “The sound your hat makes when it goes through the prop.” Here’s what the keen-eye observer meant in case it slipped your notice. 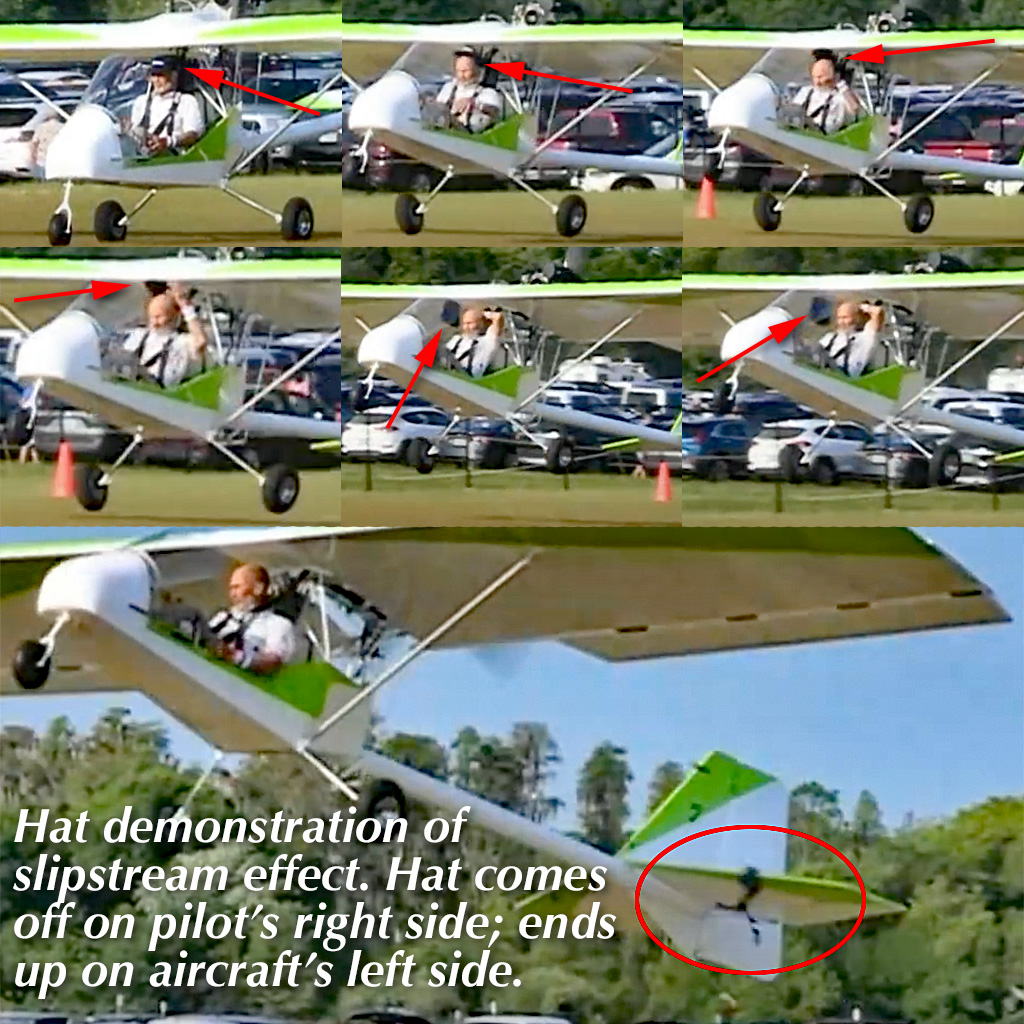