In April, lots of readers were clearly pleased with the “Vintage Ultralights” series. Thanks to our cooperation with Videoman Dave and his popular YouTube channel, we were able to present ten well-proven aircraft that could be purchased for well under $10,000 …assuming you could find one that met your needs and passed a careful inspection.

Bargains may not be the easiest aircraft to find and buy yet the effort can pay off with a flying machine allowed by your budget and which can bring a smile to your face. That seems worth the search.

However, our 10-aircraft review was not exhaustive. Even more choices are available! Some very modestly priced aircraft — Legal Eagle is one of several (yes, several!) possibilities — are available as a new aircraft purchases for a fairly small amount of money. Another is Hummel Aviation’s UltraCruiser (see lots of links below). 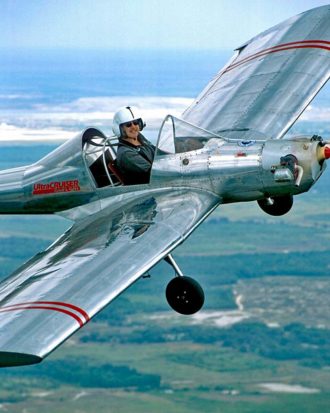 “The UltraCruiser was designed as the first all-metal ultralight in 1998,” reported Hummel Aviation. “First flights were in 2000. First plan sales were in 2001. Intended for first-time builders as well as first-time pilots, the UltraCruiser is an easy to build and even easier to fly aircraft.” (You can see my full-length pilot report — links below — to see I generally agreed with these statements.)

The design can be built from plans up to and including a full kit, according to the Ohio producer. “The kit includes predrilled, laser-cut components. All parts are formed, prebent, or welded. Wheels, tires, brakes, harness, and even the seat cushion is included. Wing Spar is preassembled” said Hummel. “The kit is very complete. Everything is included to complete the aircraft less the engine, prop, spinner, and instruments.” Its wings can be detached for storage.

A mini-fighter appearance is part of UltraCruiser’s appeal; photo by Carl Mccall.

UltraCruiser is very docile and easy to fly. With a 6.5-foot-wide track and low center of gravity, ground handling is straightforward. Because this is a taildragger, that’s important to many tricycle-gear-trained pilots.

If you are still unsure of your taildragger skills, a tricycle-gear option is shown on plans but UltraCruiser will then be too heavy to qualify for Part 103. The same goes for a fully enclosed canopy.

The all-metal aircraft displayed surprisingly strong performance on a 37-horsepower engine. You have other choices but when a half-VW engine powers the UltraCruiser, it can produce 28 to 37 horsepower. 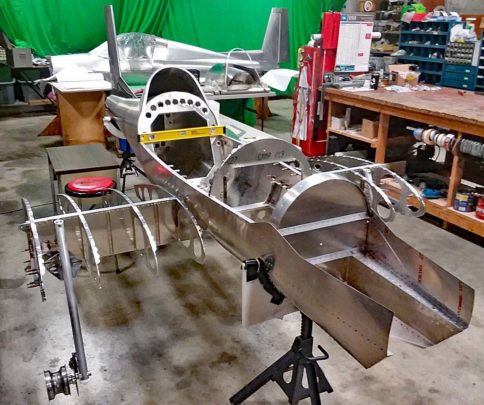 An UltraCruiser being assembled at Hummel Aviation; photo by Jamie R.

Even the higher powered version burns burns a mere two gallons per hour, which makes it one of the most fuel-efficient engines you can install on an ultralight. Though half-VWs lack the same power-to-weight ratio of two-strokes engines, four-stroke powerplants are valued by many pilots.

Maybe you’ve never heard of or seen an UltraCruiser? If such is the case, you have a wonderful viewing option this year on a date that will hopefully occur after all the corona virus panic has passed.

A Gathering of ‘Cruisers 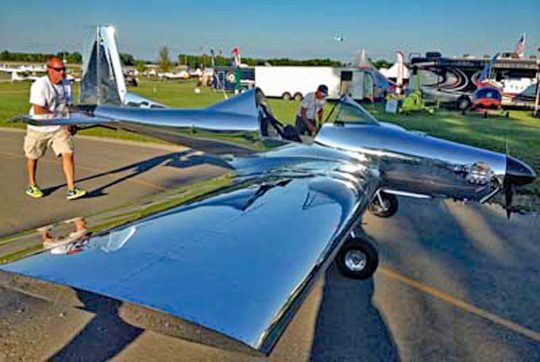 “Hummel Gathering 2020 will be held October 10th,” announced Hummel. “Last year it was so hot, we thought we would try a fall event. The date also coincides with WUFI (World Ultralight Fly-In) 2020 for those ultralight guys looking for a destination. Everyone is welcome.” (Here are three article about WUFI.)

The gathering is an informal event, Hummel said. It is intended for people with an interest in ultralights, homebuilts, VW engines, and to anyone wishing to learn more about Hummel Aviation and Hummel Engines. “We expect a good turnout this year assuming we are out of lockdown,” said Hummel. “We always have coffee and donuts for the early guys. Lunch will be served at noon or so. We usually have a few demo flights, weather permitting, and an informal Q&A for an hour or so after lunch.” 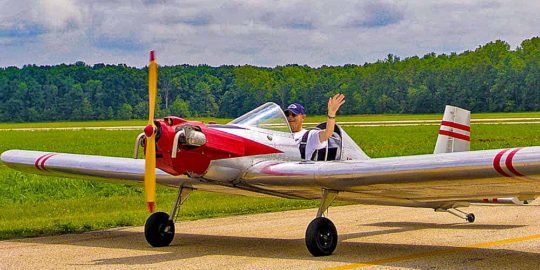 Morry Hummel waves from his cockpit a few years back.

“This should be a great gathering as we celebrate 40 years of the Hummelbird, 20 years of the UltraCruiser, and 15 years of the H5. We will also have a little cake to celebrate Morry Hummel’s induction into the EAA Ultralight Hall of Fame as well as what would have been his birthday.”

Here’s my full-length pilot report from the 1990s. Some of this may be dated, but most of it is still useful. Be warned; it’s a longer read than modern posts. If that is not enough reading, here is another pilot report, this one appearing in an EAA magazine.

Following is an interview with a Hummel owner.