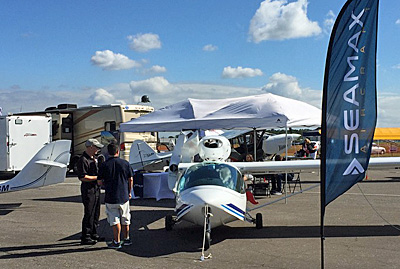 Years ago, back in the early days of the Light-Sport Aircraft sector exploding into the world of aviation, of affordable aviation, one of the early entries was SeaMax, from a Brazilian-based company called AirMax.

An old friend in the business and a supremely capable pilot named Carlos Bessa helped SeaMax successfully prove standards compliance to win approval as a Special LSA (#63 of 143 on our SLSA List). Although Chip Erwin’s Mermaid was attracting a lot of attention at the time, SeaMax was an attractive offering.

Another longtime friend in the business, Tom Peghiny — the man behind Flight Design USA but also an astute observer of light aircraft — urged me to go examine the SeaMax. He thought it possessed qualities I would appreciate. He turned out to be spot on.

Subsequently I flew SeaMax for about four hours with Carlos, spread over a few days. Carlos was a very cautious demo pilot and his careful pace meant I took a while to master the airplane. It performed better than many LSA of that time (and I’m sure it still does). However, it was a bit more to handle than slower, more ponderous light seaplanes of the day. However, man!, did that SeaMax perform. It struck me as a seaplane that land pilots could also enjoy because it performed quite consistently with a land LSA. 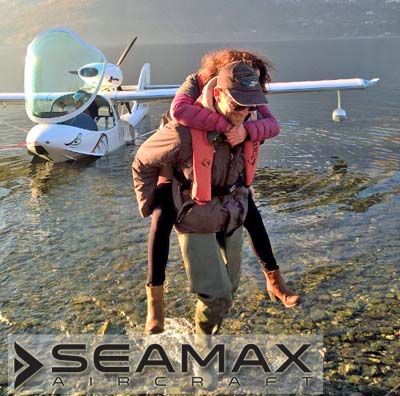 SeaMax also has dashing looks. I likened it to a high-end speedboat …one that flies! Plus, it was comfortable to get in and to be in. All good.

Yet a problem subsequently arose. The 2008 financial meltdown happened, sales slowed, and Carlos moved on to other flying. Sometime later, SeaMax attracted the interest of another player, whose involvement ironically served to dampen interest. The interim party promised changes (probably unnecessary) and possibly caused prospective buyers to think, “Well, I’ll wait to see those changes and then maybe I’ll go for it.” Those changes never came.

All the confusion that reigned for a few years is now officially over. I’ve seen copies of court documents that prove designer and company leader Miguel Rosario is now back at the helm. This clarifies the situation for buyers.

In addition, with support from U.S. representative, Shalom Confessor, SeaMax has entered into an agreement with the world’s leading aeronautical university, Embry Riddle (a mere seven minutes from the world headquarters of ByDanJohnson.com). This association further reinforces the stability of the future for this handsome seaplane. 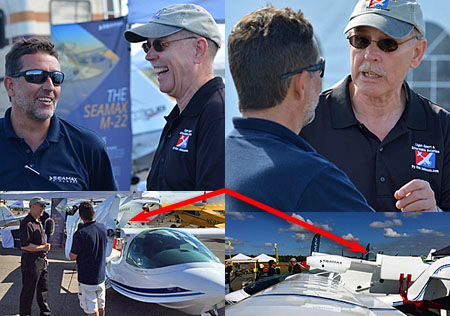 Miguel Rosario (L) speaks with Dan at DeLand regarding the new folding wing option for SeaMax (arrows, bottom right shows the cradle to support the wing).

At the DeLand Showcase 2017, SeaMax announced, “We displayed the Seamax M-22 Serial Number 149 at DeLand in Florida. The amphibious aircraft that conquered the world’s hearts now is ready for deliveries in the United States.” As the serial number shows, more than 148 SeaMax amphibs are active in several countries.

Especially against the contrast of Icon’s A5 now based priced in the mid-$200,000s and well equipped at a breathtaking $350,000 or so, SeaMax looks like a Thanksgiving Day bargain.

Does this dashing LSA seaplane interest you? Find out more here (or read an older but detailed report here) or shoot an email to the company. Even Christmas deals don’t last forever and this one might not either.