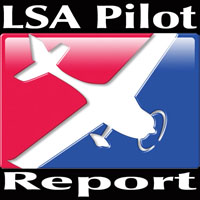 SeaMax from Brazil has been somewhat absent in recent years. I will spare you the detail but the company used a lot of energy to repel an undesired takeover. In recent months that was resolved and the company is now ready to move forward smartly.

SeaMax was an early LSA to meet the consensus standards as required by FAA. The first was the Mermaid in February 2006. Second was the Colyaer Freedom on January 2007. On Christmas Day 2007, SeaMax became the third.

However, of those three only SeaMax has remained in regular production for the last ten years. More recently, SeaMax was followed by SeaRey, Super Petrel, and A5 as ASTM-compliant LSA seaplanes. See our SLSA List for all aircraft shown in sortable columns.

At Sun ‘n Fun  2017, I did a video interview with designer Miguel Rosario that you can watch below. Meanwhile, let me provide some flight experiences with SeaMax.

Though the aircraft looks rather small as you approach it, SeaMax’s interior is surprisingly roomy and its interior has a handsome speedboat-like finish with a generous 46 inch width, close to the broadest LSA and half a foot wider than a Cessna 172. 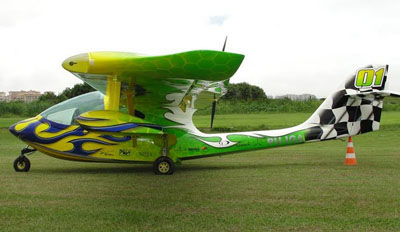 Entering is simple with its widely front-opening canopy; you step on the solid floor and sit. Canopy optics were superb and you have 270-degree visibility thanks to rear quarter windows.

Because you’ll want the canopy closed in the water — the airplane sits low — air vents are positioned in the canopy with a second set near your head, tucked away in the wing root area. These keep air flowing inside. When taxiing on land you can leave the canopy open and the hinges are robust; even on a bumpy turf runway, the canopy moves very little.

After rolling off the ramp or beach, you retract the gear in preparation for launch. SeaMax’s electromechanical landing gear takes nine second to fully retract. To help you fully prepare, SeaMax offers a digital flap position indicator and digital trim position indicator. You also flip on an electrical fuel boost pump and a relatively uncommon bilge pump prior to moving the throttle forward. 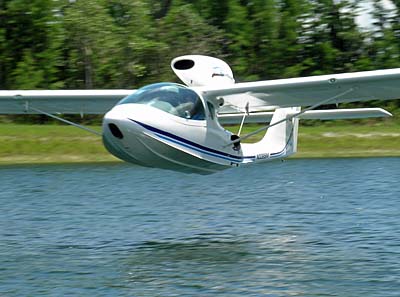 A 100-hp Rotax 912 AirMax moves SeaMax easily on land or water. My experience on the water at 45 mph showed SeaMax to be a great little speedboat. Turning in this configuration employs the water rudder, which extends from inside the air rudder. You use opposite aileron to keep from sticking a sponson too deeply in the water.

On full application of power some water spray may contact the prop so AirMax uses a metal reinforced prop leading edge. As mentioned above cockpit side rails in SeaMax are only inches above the water line. The bottom of occupant seats are below the water line. Until your technique is experienced, I consider this a lake airplane although I heard reports of operations in one-foot waves. Such restrictions are common on smaller amphibians.

My checkout pilot suggested I apply full power with the stick held full aft until breaking water or ground. As the nosewheel lifts, you relax the back pressure and let the plane fly itself off the surface. Rotation occured at about 45 mph indicated on the Dynon instrumentation.

SeaMax’s hull gets on the step in about 100 feet, says AirMax. With continued acceleration takeoff follows in about 300 feet total when flying solo or about 500 feet when flying dual. 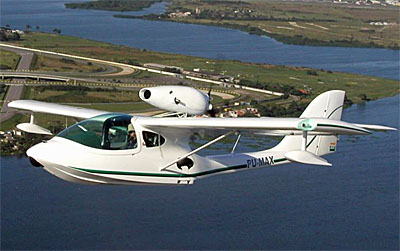 Climbout at 70 mph produced about 1,000 fpm initially. SeaMax sustained climb at about 700 fpm with 10 degrees of flaps.

During landings with full flaps the aircraft approaches at 50 mph. A safe downwind speed is 75-80 mph; this produces about 500 fpm down with the throttle at idle thrust.

Water touchdowns proved very straightforward. SeaMax responds very well as a boat. Touchdown was at about 60 mph and it immediately started tracking true. My check pilots said it is essential to keep the stick full aft to prevent porpoising and possible upset.

Airborne, the SeaMax joystick has a light touch although I recommend a few hours to optimize. My initial efforts at mild dutch rolls were sloppy suggesting handling that takes acclimatization. Rudder control took the most finesse perhaps due to close coupling behind a large cabin combined with a pusher engine. You need to use the rudder but bumps of it rather than steady pressure worked best for me. 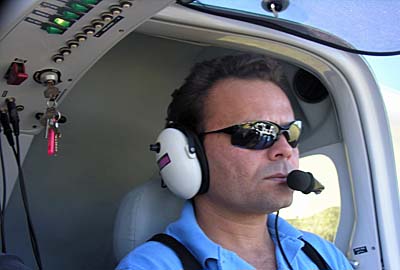 First importer Carlos Bessa checked me out in SeaMax. He was instrumental in AirMax winning FAA acceptance as a Special LSA.

Light and responsive controls will delight pilots who take the time to get used to them. Roll rate was medium to somewhat fast. You rarely have to land crosswind on the water in a seaplane but on land, SeaMax has all the control authority it needs.

To smoothen airflow around the large cabin, designer Rosario put in a long investigation into the vortex generator tabs seen in many locations.

I was recommended to use 4800 rpm on the 100-hp Rotax 912 for normal cruise. That produced about 100 mph. At 4600 rpm we showed slightly less than 100 mph but these are low, fuel-conserving power settings. Push the Rotax a bit harder and SeaMax reached 115 mph, putting it high among other LSA seaplanes. Get all official specifications from the factory.

Water runs are relatively short (300 ft. solo) and climb is brisk at 1,000 fpm for a few minutes after takeoff. Landings are also rather short. 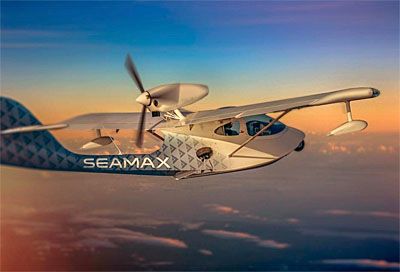 Stalls were mild in my trials. From most entries, stalls appeared to break benignly in the low 40 mph range though the factory says 36 mph with optimal flaps. Longitudinal stability checks and power changes showed SeaMax to be a generally stable aircraft; it recovered from mild disturbances of the stick on its own and with only a few oscillations.

In summary, I’d call SeaMax a “performance LSA seaplane,” peppy and demanding a bit more pilot attention but it gets up and goes. Stopped at the airport, pilots checking out SeaMax become impressed quickly.

The following video interview was shot at Sun ‘n Fun  2017. For more go to our LSA Video page or the Ultralight News YouTube channel.