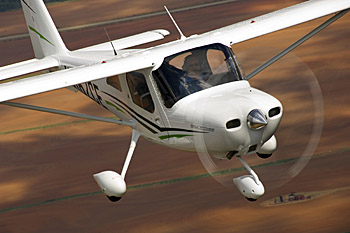 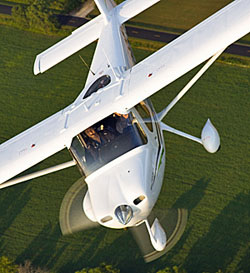 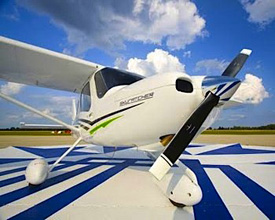 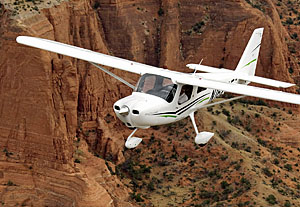 In the last few days, I was informed about a most unusual negotiation. A group that I agreed not to identify approached Cessna Aircraft with an offer to buy all remaining Skycatcher LSA. Various reports identify more than 80 aircraft parked around Wichita, home to the aviation giant. Some Skycatchers are allegedly complete, some supposedly lack engines or other components. The group with which I communicated made a multimillion dollar offer to acquire all this static inventory. Cessna took it seriously enough to send some executives to discuss the offer in person. “We thought we had it done,” I was told by the leader of the group making the offer. “Eventually they got back to us and said it was a no-go. I think they plan to use the aircraft and parts they represent to maintain the existing Skycatcher fleet,” my source said. Cessna has a proud tradition of supporting all their models for the long run. It is said you can still get parts for a Cessna 195, production of which ended 60 years ago.

AOPA’s LSA-friendly journalist, Al Marsh, reporting on the organization’s website wrote, “Cessna Aircraft officials have decided that the remaining 80 two-seat Skycatcher light sport aircraft will not be sold, but rather will be used for spares. The decision came in late January when dealers were notified that the aircraft is no longer in the Cessna lineup. Cessna CEO Scott Ernest declared last fall [at the National Business Aircraft Association convention] that the Skycatcher had ‘no future.’ The Skycatcher no longer appears on the Cessna website.” See earlier articles on the brouhaha created by Ernest’s vehement dismissals of the Cessna LSA’s future here and here.

Our LSA market report shows 275 Skycatchers have been registered, including those still in Cessna’s name. Subtracting 87 aircraft claimed to be sitting idle, this suggests 188 have been delivered to customers. My source indicated that Cessna experienced challenges with Shenyang Aircraft in China and might see the value in using unsold aircraft as a parts bin for those customer airplanes. Back when Cessna made the decision to contract with Shenyang to build Skycatchers, a wave of malcontent erupted with many Americans denouncing the move. (See our two articles here and here.) The company appeared to surmount that problem but as the 162 model finally got into customers hands some weren’t impressed. When new CEO Ernest replaced Jack Pelton and sharply raised the price from $115,000 to $149,000, many took them up on the opportunity to get back their $5,000 deposit. Skycatcher never recovered and the once-strong order book numbering close to 1,000 withered dramatically.

Al Marsh continued, “There was a brief effort to approve the Skycatcher in the Primary category for delivery in Europe [where a reported 80 orders were on the books; see article], but changes demanded by the FAA that would have required additional expensive flight testing halted those plans. Efforts to sell all remaining Skycatchers failed because Cessna officials did not want customers to be frustrated by a lack of parts.” (See Al’s full report at the link above.) One commenter to the AOPA story wrote, “It’s a shame that the market can’t support these newer low cost planes.” While I hear his lament, I believe the market can and does support lower cost airplanes; in fact, much lower cost SLSA than Cessna’s Skycatcher are available. And LSA sales are finally showing growth after some very sluggish years. The uncomfortable truth is Skycatcher didn’t grab the market as the big company expected and now it appears to be flying off into the sunset. Legacy producers Cessna, Piper, and Cirrus may have all departed the LSA space but plenty of others are ready to fill the skies including huge kit builder Van’s Aircraft plus numerous U.S. and foreign manufacturers. The next phase of this invasion by brands you never knew until the last decade may be in the four seat space where LSA companies are moving aggressively to develop much more cost effective four seaters (and even larger aircraft) to add to their two-seat LSA designs.