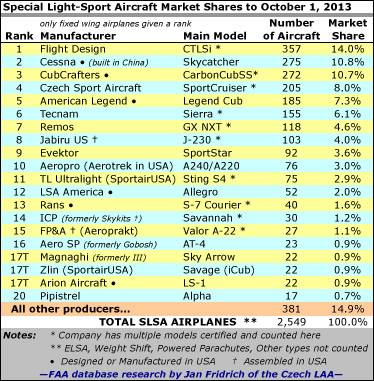 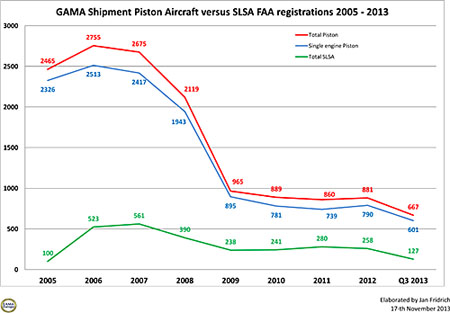 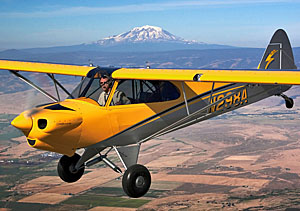 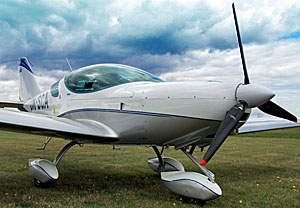 At least aviation is not bowling! Recent articles say the number of American bowlers has plummeted from nine million to two million, a drop of 78%. Compared to that the aviation industry looks far more durable (line chart). Indeed, aviation in all sectors is facing challenges but we are buoyed by reports in the same newspapers that say Americans are feeling more financially secure since stock markets are up substantially and houses are selling faster and at better prices. However, as we’ll show below, 2013 is one of those transition years. That means that sales have been occurring at an increased pace, but due to companies assuming a defensive posture in the 2007-2011 downturn, production is now lagging behind sales just as it was in 2005-2006 when LSA burst on the scene. I’m optimistic that 2014 is going to be a much stronger year. I am not the only one. “I feel we will be experiencing two significant growth years in 2014 and 2015 based on the continued aging of the pilot population and the pent-up demand in the marketplace,” said Tim Casey, Garmin‘s sales manager for portables, LSA, and experimental aircraft markets. In his role for the big avionics maker, Tim keeps a very close eye on the industry. “Combine that with the activity surrounding the Part 23 re-write and it appears we may be approaching an inflection point in the market,” added Casey.

The biggest single change in the LSA market numbers is that Cessna appears to have thrown in the towel on Skycatcher (article). Whatever the corporate decision may ultimately be, the fact is that Cessna registered zero Skycatchers in the first nine months of 2013. In all of 2012 … 94. Remove the “Cessna variable” and you might say LSA registrations are up in 2013 (though that analysis might have too much “sunshine” for some readers). To be honest, the numbers still look weak though fortunately some bright spots exist. Two brands — CubCrafters and Van’s — are game changers. As noted Van’s has elected to take its popular RV-12 more deeply into fully built SLSA. In the same part of the country, CubCrafters is again showing great strength. Plus, several of our top suppliers remain very active even if their registration numbers look light. One company said they’d made more than 30 sales yet registered only a quarter of them, all in 2013. As the engines of production accelerate around the USA and world, we can see rising currents of air in the industry. Unlike in years past, the U.S.-based manufacturers in particular seem ready to lift more pilots aloft.

Hoping for a much improved 2014 and 2015 and focusing on the companies that did enjoy a good first nine months of 2013, we tick off the top performers. Once again, the LSA pack is lead — very convincingly — by CubCrafters with a solid 40 new registrations in nine months. Calculating forward, the Yakima company should hit 53 aircraft registered, boosting last year’s good performance by another 10%. At this rate, CubCrafters will pass Cessna and give Flight Design its greatest challenge so far. Congratulation to Jim Richmond’s CubCrew! In the first nine months of 2013, CubCrafters is trailed at some distance by SportCruiser logging 13 registrations and American Legend with 12. Both performances are good; U.S. Sport Aircraft has maintained admirable sales consistency even through the down years and Legend bounced back from some soft years of late. Another top brand that is reviving nicely is Tecnam with 10 registrations in the first nine months of 2013. Please remember, all numbers are derived from the FAA registration database and are rarely in perfect sync with a company’s sales activity; over time, these differences find equilibrium.

A notch back but still finding good performance in a sluggish economy is Pipistrel, which logged eight registrations and finally arrived in the Top 20 List. Flight Design added seven registrations but is one of those companies reporting much better sales albeit with delivery lags slowing their entry to the FAA database. Tied with Flight Design is Aerotrek. For this company, the figures represent another good performance; they ranked third in 2012 registrations, now move into the Top 10, and have generally been a model of consistent sales. Producer Aeropro takes a conservative approach and can only allocate a limited number of their production to the USA (England is presently hot for them). Phoenix Air USA, importer of the gorgeous motorglider of the same name registered three and has also had to learn patience with the manufacturer’s cautious delivery pace. In 2013, the refrain has been that sales are up from 2011 and 2012 but deliveries are not keeping up, a situation that should improve as builders sense better economic conditions. Finally, remember that many producers sell elsewhere in the world. ByDanJohnson.com is now read 31% by pilots not residing in the USA and this helps to show the global effect LSA is enjoying. So, as 2013 closes, we wish all readers a HAPPY NEW YEAR … we think it is going to be a good one!

Notice: As always, we observe for you that all numbers here are derived from FAA’s N-number registration database and are subject to data entry errors. Figures presented are not identical to sales recorded by the companies though over time the numbers draw closer.