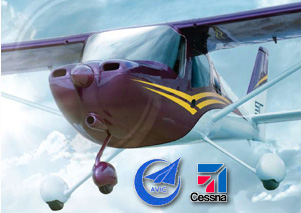 Made in China, with American engineering and support…that’s the plan for Cessna Skycatcher. Shenyang has 16,000 employees, builds airline components, and is a subsidiary of China Aviation Industry Corporation I (AVIC I).

It’s rare for the Wall Street Journal to print a single word about Light-Sport Aircraft, but today’s edition has the Skycatcher at the top of the front page. Confirming earlier speculations, the Wichita airplane company has chosen to build its LSA in China. The difference from other ventures (Boeing, Airbus, Bombardier) is that Cessna will have Shenyang Aircraft build the entire airplane. Continental engines and Garmin avionics will be shipped to China *** Cessna says they can’t afford to build the Skycatcher in the U.S., quoting the CEO of Textron (Cessna’s parent) as saying Skycatcher would cost $71,000 more if built in America. Cessna is also hoping to establish a foothold in a country where private aviation is currently tiny (12,840 civilian pilots) but where the potential is large. *** Some are skeptical. State-owned companies in China are notorious for not protecting intellectual property. And, according to the president of Shenyang, his company will be the “sole source supplier of Skycatcher.” Many companies avoid single sources because it limits their options. Yet Cessna has a four-year relationship with Shenyang and is confident the airplane will be “world class.” Finally, Cessna went forward with buying Columbia Aircraft, calling the low wing a “good fit” with their other aircraft.