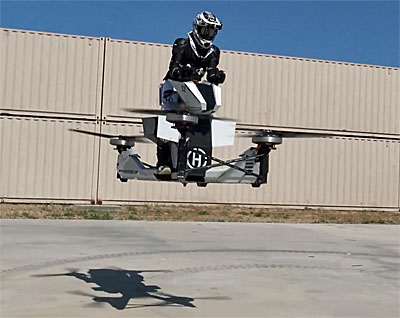 So far, at least three entries* in the multicopter sweepstakes qualify themselves as Part 103 ultralight vehicles. I’m guessing that lead FAA rule writer, Mike Sacrey, never envisioned this idea back in 1982 when he and his team created aviation’s least-regulated aviation sector. In those days, FAA had only recently moved away from requiring that such aircraft demonstrate foot launching.

Mike would have needed a genuine crystal ball to foresee something like Scorpion 36 years ago. Let’s briefly put this in perspective — most readers had yet to buy their first computer; we were still 13 years away from the World Wide Web; it was a quarter century before the iPhone; even Light-Sport Aircraft were 22 years in the future. 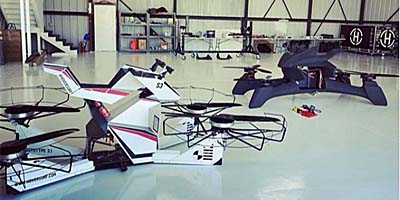 Had Mike written a regulation back then to include multicopters like Scorpion he would surely have been relocated to some remote post where his craziness would not be obvious.

Yet multicopters seems to be everywhere and now, FAA has issued a formal letter saying, basically, “Yeah, it’s a Part 103 ultralight.”

Crazy, or Real? …but Fascinating

Our preceding article about a Lighter-than-Air LSA looks fairly tame compared to Scorpion. I know many readers are doubtful about either development …and that’s OK. Pilots being skeptical is a preservation instinct: don’t go fly any old thing that comes along; applying logic, analysis, and a serious measure of doubt may keep you alive. 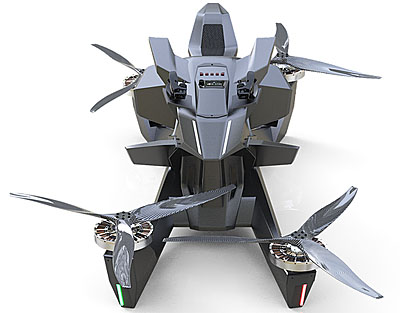 Some readers who read the earlier Scorpion article thought the close proximity of spinning props to the occupants legs was nuts (even if protections were in place). Others wrote that sitting above the blades was equally weird (although the first Kitty Hawk Flyer used a similar concept). I can understand all sorts of questions — or outright dismissal — but it appears multicopters are here to stay, even if their form may change radically in the years ahead.

To their credit Hoversurf did consult FAA as this letter from Principal Maintenance Inspector Wilbert Robinson proves.

Hoversurf explains some of their ideas, “We have designed a monocoque frame created using different types of carbon fiber technology. The whole frame is made by a single element, which gives the stiffness of the structure … while reducing the weight by a factor of two compared to our previous aluminum model. … Dimensions of the hoverbike allow it to be rolled in a standard doorway while also having ability to take-off and land from an ordinary parking space. … [Scorpion] weighs (253 pounds) … reducing the weight of the frame … allowed us to install a more capacious battery. Our safe flight altitude is 16 feet above ground, but the pilot can adjust the limit to their comfortability. … Maximum speed is limited to 60 mph or 52 knots according to the requirements of the law.” 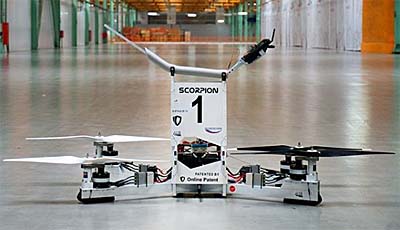 If you want to read more about the company’s view of Scorpion, go here.

A few points need to be clarified:

So, is Scorpion going places or destined to die on the vine? Only time will tell.

Here are a couple videos showcasing the flying machine: