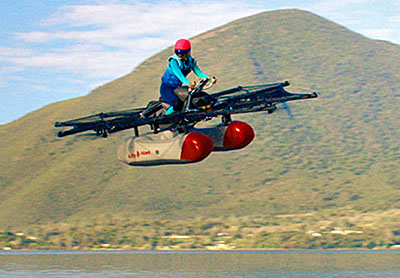 Mainstream media outfits exploded with news of Google’s flying car. Although such news outlets rarely seem to notice recreational aviation other than when an accident occurs, the reports I read did a respectable job of covering flying car projects we already knew about (reported here and here earlier; some projects have advanced, some have dropped out, and others have arrived).

One glance at the images tells you this is no “flying car,” as no car is involved. More accurately, Kitty Hawk’s Flyer is an ultralight vehicle in the water thrill craft or all-terrain vehicle category … making it sort of one of “ours,” if I’m permitted to stretch the possessive. 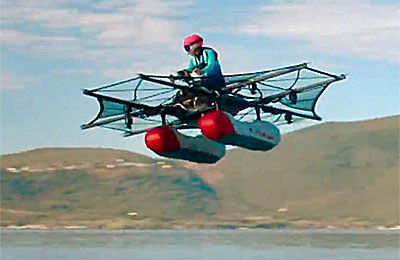 Funded by Google founder, Larry Page — an uber rich tech personality — Kitty Hawk is not simply an exploratory project. They actually plan to sell this cool little rig. Flyer is an open-seated, 220-pound empty weight octocopter with seat (saddle?) for one person. Powered by eight battery-powered propellers, it is a man-carrying drone for sport flying.

Like it or not, airplane building is becoming more an information technology. Wings, props, and stability still must follow the laws of physics but these alternative aircraft, these “copter aircraft” don’t look like the ones recreational or sport pilots fly today. They don’t operate the same either.

In early test flights, aerospace engineer, Cameron Robertson, worked two joystick-like controls to pilot Kitty Hawk above Clear Lake. His initial flight rose only 15 feet above the water, circled over the lake not far from from shore, and landed after about five minutes on a floating landing pad at the end of a dock (video below). 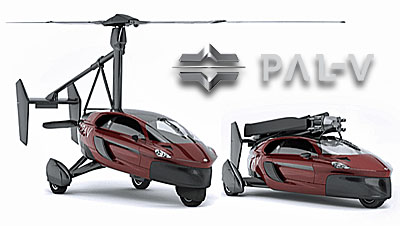 The Kitty Hawk company wants to be one of the first on the market and plans to start selling its vehicle by the end of the year …yes, this year (2017). However, they caution, “The go-to-market Flyer will have a different design than the prototype Flyer that appears in our April 2017 photos and videos.”

One unusual response from the company. You might not even think to ask, but can Flyer be flown over land? “No. The Flyer is designed to be flown over fresh water,” they said.

Kitty Hawk Flyer is one of several prototypes the Mountain View, California company is developing. They hope to appeal to enthusiasts and hobbyists willing to pay $100 for a three-year “membership” with several benefits including a $2,000 discount on the retail price of a Flyer. 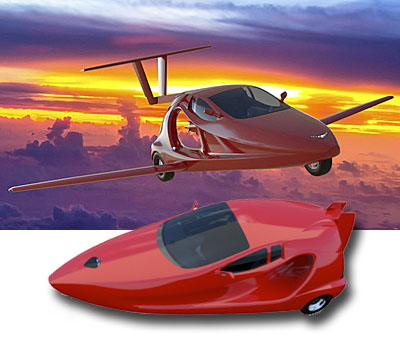 Readers of this website recognize that, given its specs (such as we know at this time), Kitty Hawk’s Flyer can operate under FAR 103 and the company acknowledges use of this regulation. As with all Part 103 vehicles, no pilot license, no medical, no registration, and no N-numbers are needed. It can be sold ready-to-fly. You must steer clear of controlled airspace without ATC permission, avoid congesteded areas and a few other things, but the entire 103 regulation can be printed on the front and back of a single sheet of paper.

Thanks, Mike Sacrey (and several FAA associates), for writing Part 103 back in 1982. No one then could predict a company called Google or an aircraft called an octocopter but both are here and the list below shows we’re going to see more flying cars or “copter aircraft.”

Recommended — A website I often visit, unrelated to aviation, had some good words to say but also a collection of 10 short videos about flying car/weird flying machine projects. I recommend you check this article out at least for the videos. If you can’t wait, following is a very short clip of Kitty Hawk flying.

More than a dozen companies — several of which have been covered on this website — are presently in development, including: