Americans know Zigolo thanks to U.S. importer, Chip Erwin. He brought the genuine Part 103 ultralight to the USA but also to other countries where he found customers. Those who know Chip are aware he has many international connections. 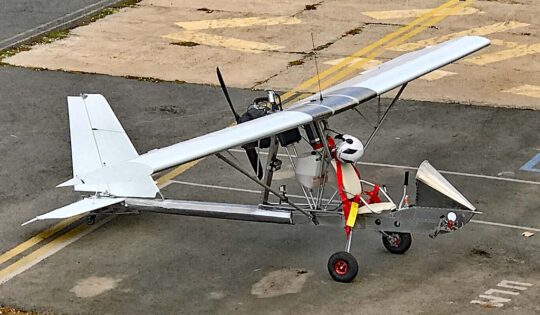 Beside importing aircraft to the USA and helping customers build them, Chip experimented with electric propulsion for Zigolo.

In short, he did a lot for Italian producer Aviad but Chip is now focused on his Merlin PSA and Merlin Lite plus his Hybird V-Twin, 60 horsepower, four stroke engine. You’ll be hearing more about that as Sun ‘n Fun 2022 approaches.

Check out earlier articles on Zigolo — here’s a full pilot report — but know this: While Mg21 shares the name Zigolo, nearly everything about the new model from Aviad developer Francesco Di Martino is different. I recently exchanged email with Francesco regarding his listing in our new Part 103 List; Mg21 is the newest entry. 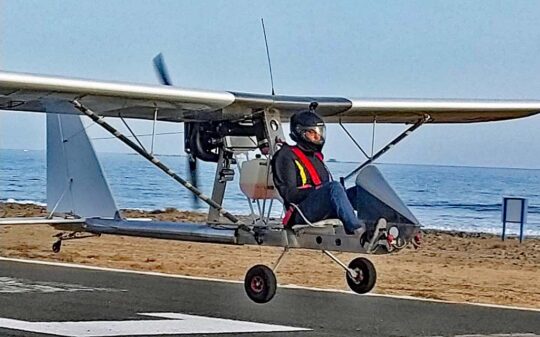 Since beginning in 2007, Francesco has delivered more than 50 aircraft to 16 countries and the new model looks to be a solid upgrade from the Mg12.

Aviad’s three variations address different national regulations. The short-wing version is currently being tested. That will work in Europe, but will be too fast in some countries, such as the USA. A longer wing version will follow — and may be appreciated by those searching for a modestly-priced motorglider. Finally, a longer-wing version with flaps is planned for the American market to fit properly in Part 103. All versions have a single wing strut and will lose much of the wire bracing that helped keep Mg12 so very light. 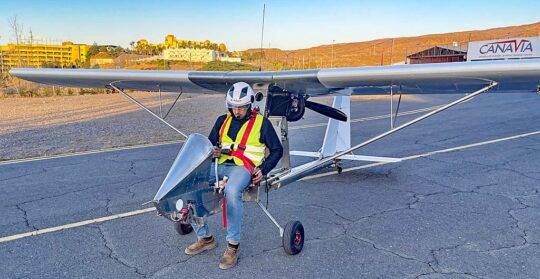 Mg21’s central structure is a lower box beam running from an aerodynamically-shaped nose containing a digital instrument panel to a tubular empennage boom. In the center of the structure, two rectangular box-section beams support a fixed center wing section and the engine.

As nearby images show, this new Mg21 model has wings that can be folded “by one person in less than two minutes,” according to a report in VFR Magazine. Folded wings allow transport on a trailer and storage in a car garage. A “bicycle trolley” supports the load with the wings folded during transport.

“During wing folding you don’t need to remove the propeller and the ailerons remain connected. The process is very fast, width is less than car, and you can carry Mg21 on a trailer that meets street rules,” reported Francesco.

Mg21 will be powered by the popular Polini Thor with a 130-centimeter (51-inch) propeller, but Aviad will also offer the more powerful Vittorazi Cosmos 300. Both are known in U.S., but the Polini has a broader following. 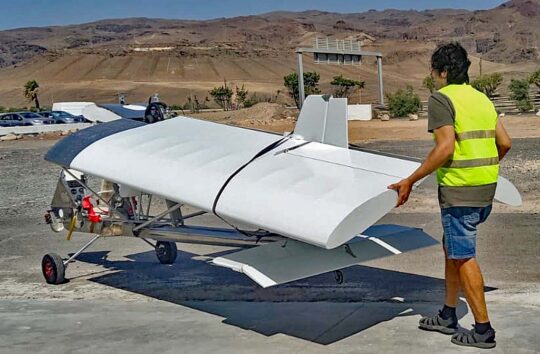 Fast cruising is between 110 and 120 kilometers per hour (60-65 knots) — depending on the engine and propeller. Mg21’s cruise speed should meet FAA’s required 55 knot maximum (63 mph or NN kilometers per hour) when fitted with the flap-equipped longer wing option.

Francesco said, “In a few months, test flights will be completed and we assume that the first kits may be available in the middle of 2022,” He added, “I will start this year (2022) with 10 aircraft, and I want be ready next year (2023) with a Part 103 model. I’m making tests with different wings to have best performance that can meet rules in different countries.

Once Francesco can find a U.S. distributor, he said, “I believe next year I can start sales in USA. The Part 103 segment requires flaps. I need to reduce stall speed a little bit.” However, he notes, “The wings are designed to have flaps and a longer span. Torsion and bend moments were tested for the different versions. While the fuselage is the same [on all versions], the horizontal tail is also made to have two different sizes.” 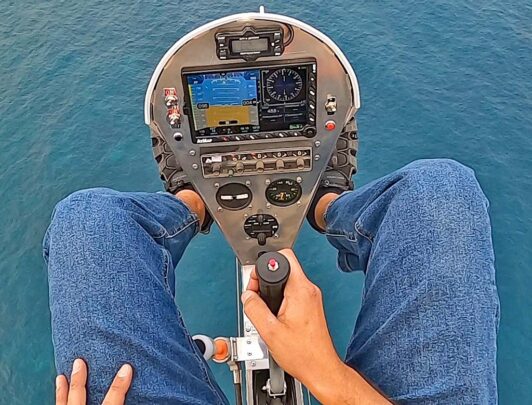 “For the USA market, I’m sure we can have a 55 knot cruise speed with climb at 800-900 feet per minute plus the easy-fold system (nearby photo), and a competitive price for an advanced [quick-build-type] kit. Due to very small pack size, we can use air shipment. I’m working with DHL to have worldwide fast shipment without the expensive container charges. I worked very hard to keep all measures inside the maximum permitted by DHL” Given numerous reports of container shipment costs rising by double, triple, or even more, air shipment might ironically turn out to be cheaper for such a cleverly-packaged product.

Francesco added, “I prefer Mg21 as a taildragger, but I’m studying a tricycle-gear version.”

“All production will be managed internally from my workshop,” observed Francesco. “We can fabricate all components.” 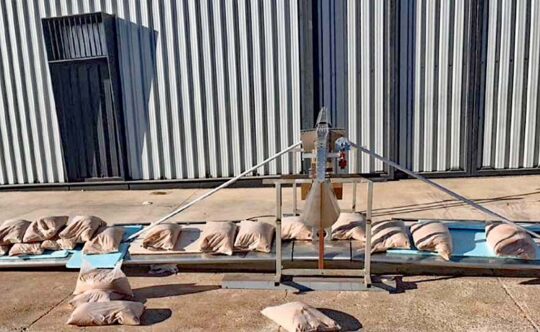 “Accessories, engine, and instruments are included in the kit but will be shipped separately,” said Francesco. “A customer will receive the airframe kit with all necessary to start the work, and a second shipment will bring the accessories.

A Guesstimate about Cost… I asked Francesco for an estimate of pricing, even though it is early. He replied, “I’m still working on this, but estimate about €18,000 (just over $20,000 at today’s exchange rate) for an advanced kit with engine.” Shipping and other expenses will add to that yet Mg21 should remain an affordable purchase.

To address other customers, Francesco added, “I also plan a basic kit for a distributor that wants to preassemble it in USA for his customer.” This is permitted if the aircraft qualifies for Part 103. Beside that plan, he will “give the option of a ready-to-fly Mg21 shipped in a box with all components.” In this challenging environment of shipping he is investigating cost for sea shipment of a completed aircraft. “For an engine using dual ignition and with a simple instrument package, I believe the price will stay under €20,000 ($22,278 at today’s exchange rate) for a factory-built Mg21,” Francesco confirmed. 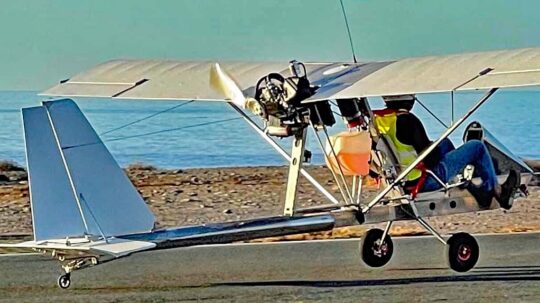 Please keep in mind these prices are subject to change given supply problems affecting all industries. “In any case, I will state an offering price for each batch of airplanes because the prices change on all materials,” said Francesco. A first batch of 10 kits will be offered at close to the prices mentioned above but contact Aviad for future prices.

While flight testing of Mg21 proceeds, keep up with Aviad and Francesco on their Facebook page.