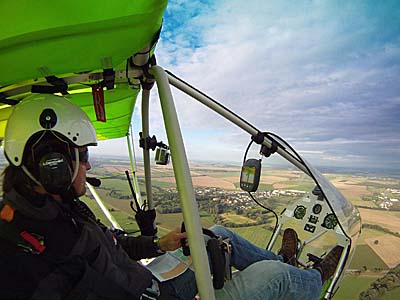 Evidently, a magic number exists to authorities in various civil aviation agencies around the developed world. That magic number — more correctly a range — is 115 to 120 kilograms, or 253 to 264 pounds. FAA led this charge way back in 1982 with the introduction of FAR Part 103 codifying that an airplane, ‘er … “ultralight vehicle” with an empty weight of 254 pounds — subject to certain exceptions for emergency airframe parachutes or float equipment — could be flown without three requirements common to all other aircraft. Part 103 vehicles• do not require registration (N-numbers); the pilots of these ultralights need no pilot certificate of any kind; nor do they need a medical. Such aircraft can be sold fully built, ready to fly. The entire regulation governing their use can be printed on the front and back of a single page of paper. This simply must be one of the most remarkable deregulatory efforts in all of aviation. Thanks to Mike Sacrey and his team for surmounting that Mt. Everest of obstacles to push through this remarkably brief rule. EAA even inducted Mike into the Ultralight Hall of Fame and he noted in his acceptance speech that it was probably the only time an FAA rule writer had been so honored. 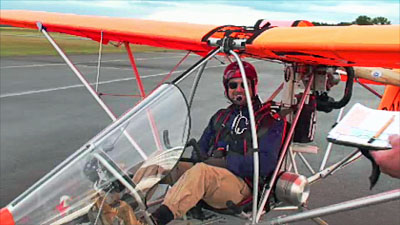 While the numbers are the same or similar, the names are different. In America FAA says FAR Part 103, Germans refer to their 120 kilogram Class or “120 Class,” and in England a 115 kilogram class is known as SSDR for Single Seat De Regulated. All these classifications share similar — but not identical — freedom from the burden and expense of more traditional certification methods. In the USA, an aircraft called the Aerolite 103 has been selling well and flying successfully for many years. Now hear this: even in 2014 you can buy a 32-horsepower Kawasaki 340-powered Aerolite 103 for only $15,900. This is completely assembled and ready to fly. The Kawasaki is manually started or for $590 more you can have electric starting. A 28-horsepower Hirth F-33-powered Aerolite 103 is just $16,790, again fully built and includes electric starting powered by a lightweight Lithium battery. Both models come with choice of colors, two-blade Tennessee Prop, windscreen and nose fairing, basic flight and engine instruments (airspeed, altimeter, slip indicator, tachometer, EGT, CHT), electric flaps, steerable nose wheel with suspension, four-point seat belts, a five gallon aluminum gas tank, Dacron wing and tail covering needing no paint, Azusa brakes, and a anodized aluminum airframe. 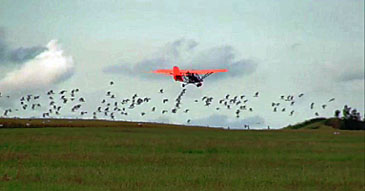 In Germany, the costs will be somewhat higher as the German 120-Class still demands some levels of approval that are not needed in the USA, plus freight from America to Europe adds expense. The German representatives (see article from Aero last April), Vierwerk Aviation, plans to sell the Aerolite 120 for €25,000 (or about $32,000) but this includes 19% German VAT tax. Strip away the tax and the overseas shipping cost and the German Aerolite is only modestly more than we see in the USA and that extra will help pay for the cost of gaining approval. A few days ago, Vierwerk advised, “The extensive flight test program has been carried out successfully. We are very happy about the positive feed back of the test pilots.” Test pilots related such comments as, “the pilot gets the feeling of a very well controllable aircraft,” and “the pilot gets used to the aircraft quite quickly.” Another test pilot who runs a flight school said, “I flew several flight maneuvers to simulate an inexperienced student-pilot to figure out the best methods for recovery. The amazing part was, the [Aerolite 120] always reacted … with a good self-recovering tendency at all flight envelops with or without flaps.” The latter pilot, Ronny Schäfer, added, “All documents, flight test protocols, load test protocols, videos and photos will be sent to the French Aviation Authorities by the end of this week.” After their successful test program, Vierwerk announced, “We are certain to receive the EU certification [as] we have accomplished and proven all safety and quality related figures and tests according to the strict German LTF-L.” They expect approval in 4-6 weeks. 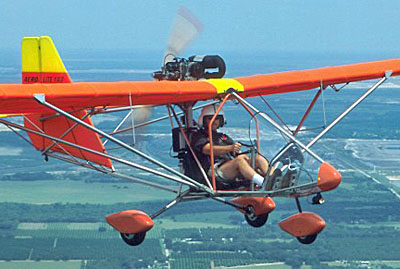 Too many people gripe about the cost of Light-Sport Airplanes even though they are far less costly than most new general aviation aircraft. In truth, they’re lower cost brand new than many 10 or 20 year-old GA aircraft. The problem remains that a large number of interested pilots cannot afford $150,000. Hint: consider a partnership; this is an excellent way for some to have ownership. Nonetheless for many, six figures is simply more than they can stomach. Maybe it’s time to think about a Part 103 or a 120-Class airplane … perhaps the Aerolite — Aerolite 103 in America or Aerolite 120 in Germany. Let’s review again: a nice, ready-to-fly airplane with most of the features you need to enjoy flying the friendly skies for less than $20,000. You may prefer a two seater or desire fancy equipment; if so, you have many great choices. Yet if you want to get airborne in a sweet-flying little airplane, Aerolite will bring a smile without emptying your retirement account.

• “Ultralight vehicle” was chosen to avoid running afoul of FAA definitions, which are quite specific. By steering clear of “airplane” or “aircraft,” Sacrey’s FAA team was able to put into place the remarkable Part 103 rule that removes so much of the burdensome regulation that confounds traditional American and international airplane development and raises the cost of aircraft. Of course Aerolite and other “vehicles” are actually genuine aircraft and so dealt with by FAA but such a description was apparently needed to get Part 103 through the system. Present-day FAA people suggest such a regulation would never succeed now … so enjoy the magic of Part 103.