Ah, the Quicksilver! Where to start with this veritable icon of the ultralight sector?

With more than 15,000 flying, it even outranks Van’s Aircraft for kit aircraft that made it into the air — although Van’s has sold more kits in total and no one disputes the Western brand’s leadership position.

The earliest Quicksilvers were hang gliders (last photo). Engines came later but at first the weight-shift seat stayed (nearby image). The pilot had lateral control — still by weight shift — but via lines that moved surfaces. Pitch, however, was fully controlled by the pilot moving his or her body.

Those were fun days and provided wonderful memories (yes, I flew them as weight-shift aircraft). Yet the brand went on to vastly greater development. In this article, our focus is on the original three-axis control model, the oh-so-famous MX (multiple axis).

Quicksilver’s MX entered the market in the early 1980s, like all the models featured in our Vintage Ultralight series. 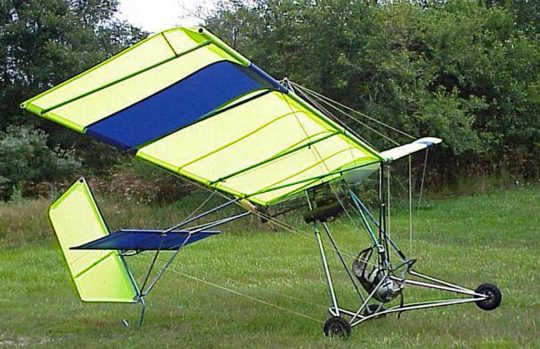 Originally designed by Jack Hutchinson for Eipper Aircraft as a single-place weight-shift-control ultralight, the first ones were literally light enough to be (sort of) foot-launched, as was required before FAR Part 103 came out in fall of 1982.

Alert readers may note that Jack Hutchinson was mentioned back at the beginning of this series as he was also instrumental in developing the Buccaneer XA. He was a big name in those days. I have a fond memory, down here in Florida many years ago, of him running around a field with a very early powered Quicksilver. It had a tiny engine but no landing gear …none whatsoever. Jack picked it up — albeit dragging the curved tail skid — added all the thrust 10 or 12 horsepower could yield, and he ran. And ran. And ran. I think Jack ran the length of a couple football fields and only managed to barely get a foot or so off the ground. Average speed: maybe 15 mph. Yeah, those were the days! 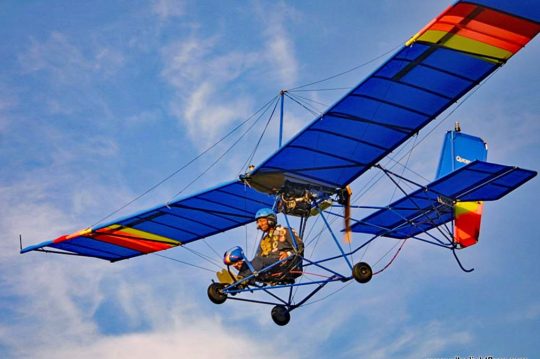 By the time the earliest MX models came out, Quicksilver was a huge force in putting people in the sky. In one year — a reader reminded me it was 1983 — the company sold more aircraft than Cessna, Piper, and Beechcraft combined. That got the attention of plenty of aviators. Average selling price back then, for a ready to fly aircraft: $3,595.00. (Today, that would be $9,667 after adjusting for inflation — still a fantastic bargain, and as you’ll read below, you can still buy one for the original low price.) 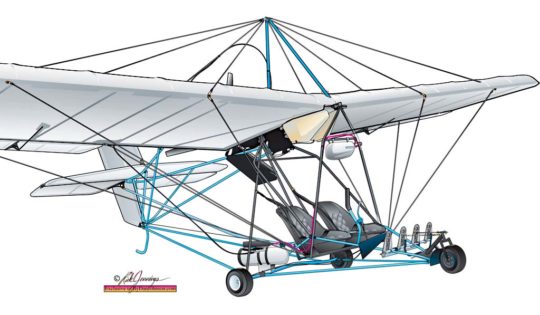 This gorgeous drawing was done by ultralight enthusiast, Rich Jennings. He did many such drawings for this website. Thanks, Rich!

Quicksilver MX is a high-wing, tricycle-gear, two-axis control aircraft in a pusher configuration. It was the first ultralight to be mass-marketed and mass-produced.

As a bolt-together assembly kit, Quicksilver required no manufacturing of parts by the builder. All fabrication was done at the factory. A kit took between 60 and 80 hours to assemble, using common hand tools, and could be built in as little as a one-car garage. Accomplished builders, often dealers for the brand, could put one together in less than 20 hours. 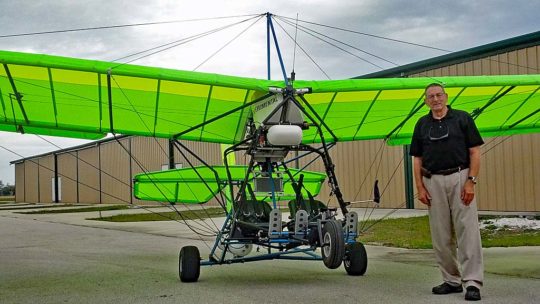 One regular Quicksilver pilot is George Karamitis, a longtime airline captain who flies his ultralight almost daily and posts great images and video on social media.

Quicksilver was the first ultralight kit on the market to come with a very comprehensive assembly manual, with all of the AN bolts and anodized tubing clearly marked and supplied on shrink-wrapped packaging boards. No one had anything like this organization at the time and I’ve never seen such packaging again.

Originally power was supplied by the Cuyuna 430 engine but this powerplant was later updated to the Rotax 377 and then Rotax 447 engine. With 40 horsepower, the very lightweight Quicksilver MX climbed with great vigor although it simply didn’t fly fast no matter how much power you put on it. 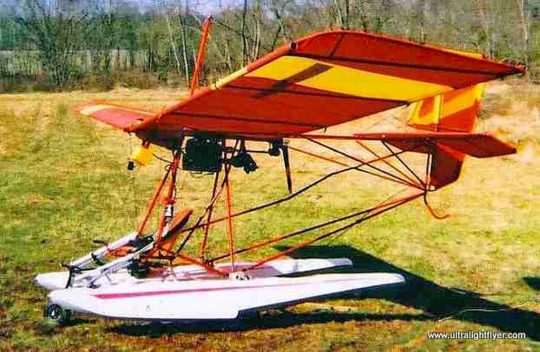 The MX model abandoned the weight shift idea — this was too foreign to lots of potential customers. Instead, it used stick-and-rudder two-axis controls, but with a difference. The joystick connected to the elevator and rudder while the rudder pedals were connected to spoilerons on top of the wing.

Admittedly, this still throws pilots who learned in a Cessna 150, but if you ignored what controlled what and simply flew it as you expected, it worked surprising well but with an advantage no 150 driver ever considered: the pilot could deploy both spoilerons at the same time by depressing the rudder pedals. This killed lift on the wings and allowed the aircraft to get into very short runways. Despite it’s functionality, some pilots didn’t like the arrangement and the company later adapted conventional ailerons with all the controls hooked up as expected. 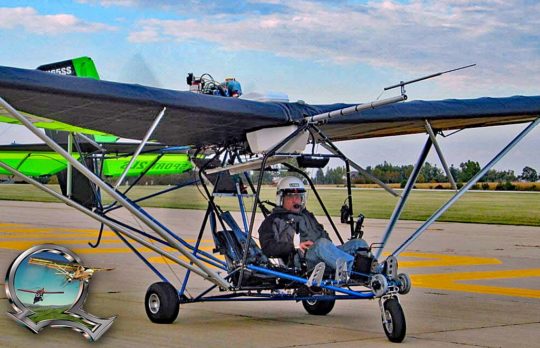 Here we see a Quicksilver, the 2SE that went through full ASTM approval as a Light-Sport Aircraft. Note the test boom in front of the wing.

Then and now, single-place Quicksilvers use a right-hand joystick and left-hand throttle. Brakes are common now, but for years Quicksilver didn’t have any …and never really needed them.

With Quicksilver MX a market leader in its day, the iconic series of models still leads the world in ultralight aircraft style kits.

Videoman Dave wrote, “The Quicksilver MX is one of the safest, most fun flying ultralight aircraft I have ever flown, and I highly recommend it.” Through his The Ultralight Flyer YouTube channel, Dave rates the Quicksilver MX an A+ when powered by a Rotax engine, with good, tested fabric, an airworthy propeller and a low time engine. 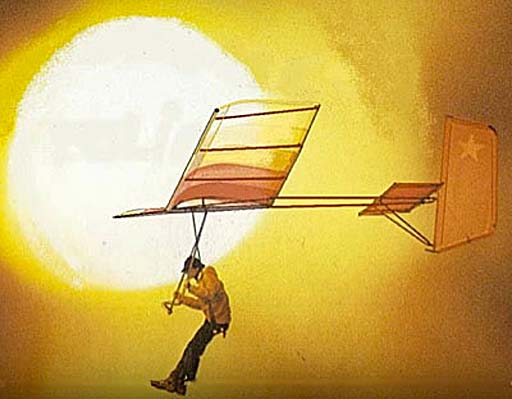 Please follow the inspection advice given in the first installments of the Vintage Ultralight series. For a troubleshooting report on the MX, visit Videoman Dave’s website (different from his YouTube channel).

At the time of production of this video The Ultralight Flyer would estimate the value of a used not-abused Quicksilver MX to be $3,500 to $5,000.

For new Quicksilver aircraft and the most extensive stock of replacement parts for every model ever made, visit Air-Tech, Inc. Proprietor Bever Borne was once the largest dealer for Quicksilver in the world. His Louisiana business owns all the original tooling and he runs the business with his son, Ken. You can find so much more info about Quicksilver on this website that you might never stop reading.