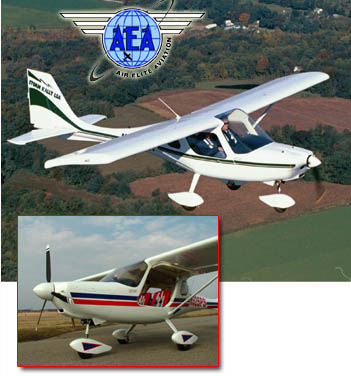 Receding economy or not, the Rally storms back with a new U.S.-based manufacturer and a Florida outlet. The composite high-wing Rally is first, but the metal low-wing Century will follow, possibly followed by the Sea Storm.

People keep waiting for the “inevitable market shakeout,” where smaller LSA companies begin leaving the business. In our current economic climate, business failures are far more common than usual. So, how many companies have gone away? Answer: hardly any. In fact, some that went dormant are coming back. And, several more companies and airplanes remain in development. Growth in LSA companies and models appears far from finished. *** One of the comeback stories is the Storm Rally. This Italian design seemed to disappear when health problems overwhelmed the principal of the former U.S. producer, Prestige Aircraft. Now, thanks to Rodger Whaley of Air Elite (the company that previously distributed Prestige Aircraft’s production) and Phil McCoy, a Florida aviation marketer, Rally was on display at AOPA Expo 2008. *** Air Elite (contact at 269-273-8441 or email) is morphing into the American manufacturer of Storm Aircraft after the Three Rivers, Michigan company struck a 30-year licensing agreement with the Italian designer. Initially Air Elite will import assembled airplanes from Italy and start U.S. production later for both Rally and Century, possibly followed by Sea Storm. So…despite the financial turmoil around the globe, LSA development moves forward.