Our most-read story of 2020 was this breaking report on Blackwing’s assault on the world speed record for the Microlight category.

Since we published that article, Blackwing Sweden CEO Niklas Anderberg offered more details and — because this was a popular read for many visitors — it is worthwhile to tell you, as famous radio broadcaster (and aviation enthusiast *), Paul Harvey, used to say “…the rest of the story.”

“On April 15th, a personal dream of mine came true,” wrote Niklas earlier today. “We pushed the turbocharged Blackwing aircraft to a new speed record in FAI‘s Microlight RAL2T Category.” 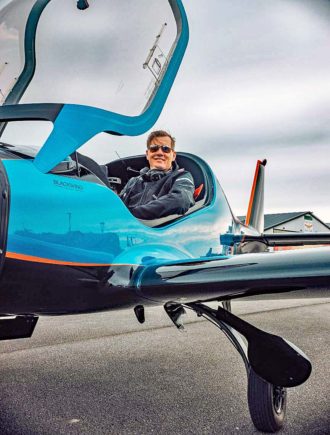 “A few weeks earlier,” he continued, “we started high-speed taxi tests. We noticed immediately that this aircraft is something special. The turbo-charged engine (Rotax‘s new 915iS, a 141-horsepower turbocharged and intercooled entry) in combination with a single power lever [controlling] the hydraulic MT propeller, accelerated like nothing I have tried before. Already on the second test flight, we were reaching 195 knots at 3,000 feet. We were very excited and increased the envelope every day. At 5,000 feet we were reading 200 knots on the airspeed indicator, at full power [in] level flight. With fuel consumption of 10 liters/hour [2.64 gallons per hour] we were reading 130 knots TAS. Can this really be true airspeed? On the next flights, we carried a [FAI-required] logger and confirmed the Garmin speeds.

“Due to the pandemic, unique possibilities opened up. We could fly at any altitude we would like, with the support from Sweden control [ATC]. On Saturday, we practiced the world record course three times. It was challenging to fly over 200 knots (400 kilometers per hour), bank three G, and still keeping a precise altitude. We also started to fly at heights, FL90-110, and at speeds higher than we ever have flown before. It felt good to have a parachute. 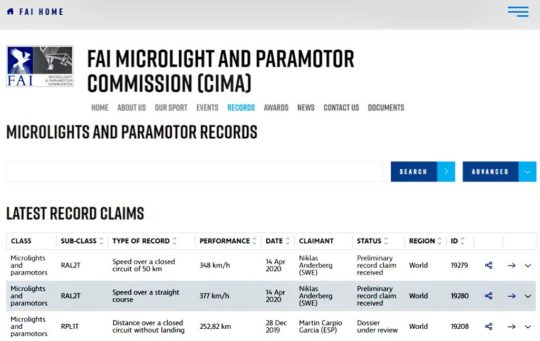 “On Tuesday the weather conditions were perfect. We decided to fly at 10,000 feet. The [FAI] criteria that the course could only be flown once made it even more intense. At the first turn, I climbed some 300 feet, and returning to altitude she accelerated to 219 knots (405 km/h). I felt extremely tense and had a hard time keeping the ball in the center. Overall I am happy that I managed to fly a pretty good course. On the straight course, we got 212 knots average speed. It was great to celebrate the success with my co-pilot Fredrik Lanz, and the rest of the Blackwing team. 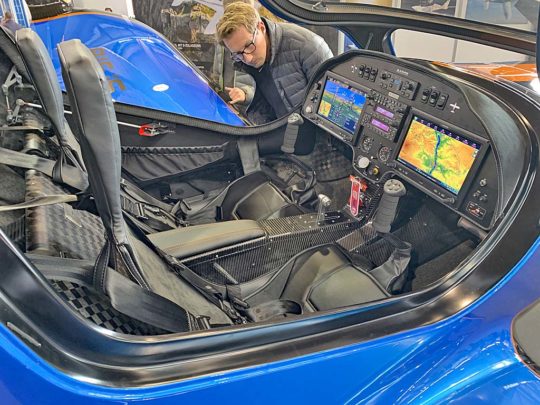 “The aircraft used for the record is a standard BW600RG with the Rotax 915iS engine. In order to optimize the drag, we only had one outside antenna and sealed some of the gaps.”

Once again, my heartiest congratutions to Niklas, Fredrik, and Team Blackwing, for a job well done!

This Ain’t Over Yet

Meanwhile, in nearby Belgium, the folks from JMB Aircraft are promoting their own speedy Light-Sport Aircraft-like equipped with the Rotax 915iS. 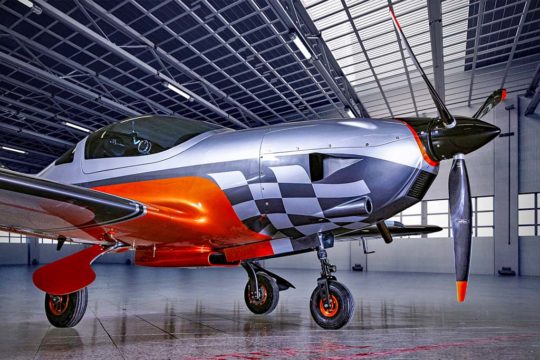 “JMB Aircraft is proud to announce some achievements from the past few months,” the company wrote recently. “After more than 100 hours of flight test with two planes, we manage with success to perform a V-dive test reaching an indicated 381 kilometers per hour and 425 km/h (229 knots) true air speed. This enable us to safely increase our VNE up to an indicated 340 kilometers per hour (184 knots).”

On April 25th JMB added, “With all nominal operating parameters, we climbed to FL180 in 13 minutes with one short level off due to a too-fast climb reported by ATC. The conditions were ISO +7 degrees Celsius (45°F) and 600 kilogram MTOW. Our test pilots performed a level flight of several minutes at maximum continuous power and reached 380 km/h (205 knots) true airspeed, breaking the mythical 200 knot barrier.”

I suspect the LSA-like airspeed race isn’t over yet, especially given the previous record holder — Risen, from a formerly Swiss, now Italian company renamed as Porto Aviation Group — is another speedy design. All these aircraft, plus others such as BRM Aero‘s retractable model of their Bristell line, can fly faster than what FAA may be planning for LSA 2023 but these attempts might influence rule writers to consider faster-yet speeds.

As the world slowly begins to emerge from the global lockdown, who know what speed feats we’ll see next.

Not to leave Americans behind, consider Arion Aircraft‘s Yankee speedster, the Lightning XS (currently Experimental, but who knows in 2023?).

* Paul Harvey was a very popular radio commentator who donated a substantial sum to EAA for the organization to establish a video studio. Each of his broadcasts began with, “You know what the news is; in a minute you’re going to hear the rest of the story.”