Excitement is in the air, even as the season wraps up activity here in the USA. Remember, while winter approaches for Americans, summer is coming to New Zealand.

That might explain an information deficit of late from LSA seaplane developer, Vickers Aircraft. People have been asking questions and reports have become infrequent. Uh, oh…!

Fortunately, the quiet period appears to have a good explanation. 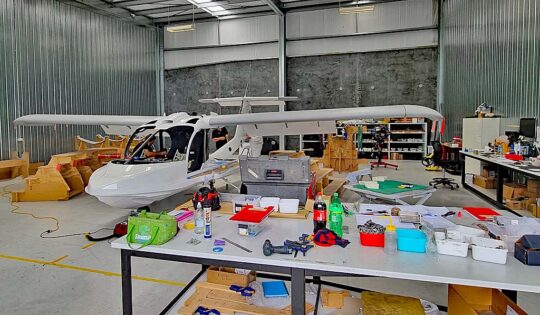 Received November 24th, 2021 — “Hi Dan. Sorry (for a delayed response),” wrote Paul Vickers. “We are pushing very hard for a 10 December first flight. We are structurally testing the wing today.”

Often called a “strongback,” Paul refers to the I-beam steel testing jig seen in the nearby photo. “This was custom designed and manufactured by our Wave team,” he added proudly.

••• “Wave is not just another LSA,” clarified Paul in follow-up email. “It will reset what an LSA is capable of and move the category forward into new territory.”

••• “I have always said, we will take the time required to get it right. Safety and manufacturability are paramount; do things once and do them right,” Paul expressed. “I will be flying my family in the Wave as customers will be with their’s.”

But enough talk. Back to work!

So go the challenges of making a high-end seaplane. What does that mean? 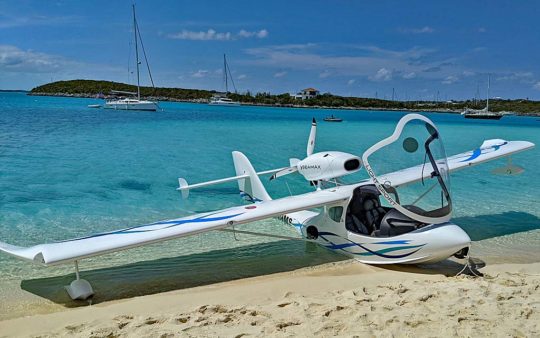 This image from Seamax makes the joy of flying LSA seaplanes obvious. Who couldn’t love this?

I see a clear division between existing, proven, routinely-flown LSA seaplanes on the market today including the clear market leader, Progressive Aerodyne’s Searey, with their much-updated design boasting a 30-year history.

Following Searey, Seamax continues to add customers and to develop their already-sophisticated design in new directions (easy-folding wings, IFR equipment, and a U.S. base at the world’s largest aeronautical university, Embry Riddle). Super Petrel LS has found customers throughout the United States.

Aero Adventure leads the field in another way, affordability. Their Aventura, available in kit or SLSA form, carries prices you can actually consider.

All four companies may prove hard to catch yet other brands or prospective brands have made splashes in recent years. I purposely omitted float-equipped landplanes although some pilot may prefer them to boat-hulled seaplanes. 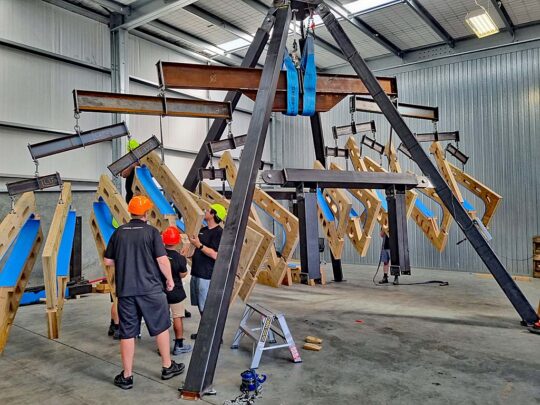 Sometimes called a “strongback,” this elaborate structure built to test Wave’s wings may look decorative, even fanciful before they install the aircraft wings for testing, but it represents a serious work effort, all done in-house.

After years of development, fund raising, factory building, and staffing up, Icon finally reached the market with its high-end A5 that seemed to wow every magazine editor. I flew it, too (video). No question; this is a very nice aircraft. If I could afford one… 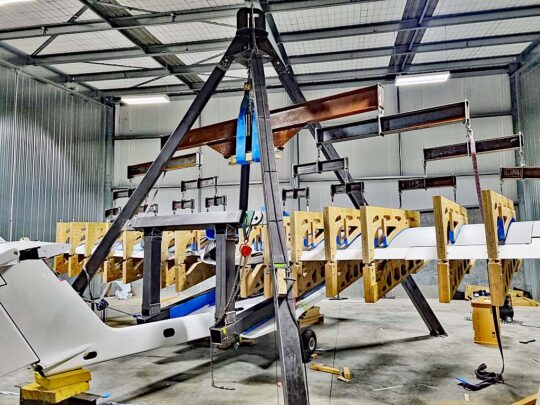 Great existing designs, a high-end model, other fascinating forays that upped the game, and a full market of choices — what does a new high-end entrant have to do? A lot! Breaking into this well-supplied sector of light aviation demands an impressive entry. Vickers appears well poised to bring something truly interesting and one built with the future in mind. It also got the highest weight exemption of any LSA so far (1,850 pounds).

Is that weight getting a bit too much for 100 horsepower, a common power production on all presently-FAA-approved LSA seaplanes? Yes, it might be… but no problem. As reported here, Vickers has selected the potent Rotax 915iS for Wave. With 141 horsepower, Wave should leave the water enthusiastically, I predict.

It was also promised to fly back in spring 2021. Look, I see your head shaking. “They’ll never get it done,” some will say. Maybe. Yet, maybe they will. With the latest date, we should know soon. I’ve personally helped to develop a new airplane (the Cumulus motorglider of the ’90s). This isn’t easy, especially when you want to come in at the top of the field. 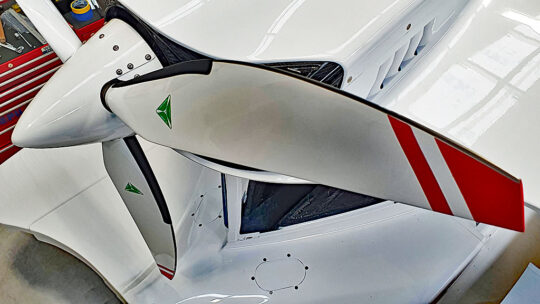 Vickers accommodated the elements of a Rotax 915iS in this aft center section view.

Despite delays — common on several LSA seaplane developments — I’ve come to know Paul Vickers (see this video interview) and I would never count him out.

Is it taking too long? Maybe. Will it be fantastic when it arrives? That’s my bet. I promise to keep following this down-under development.

Some wonderful projects that have not yet seen the light of market include the following designs. Are they gone forever? No, because the intellectual property remains available. A well-considered design may not find funding or might be too far in front of the market. Bad decision making or plain old bad luck also thins the field. Yet we have many times in aviation seen a design revived, sometimes successfully, sometimes not. No one ever said this was easy.

Of these Fab Four, Xcursion has advanced the most and appears to be a marketable product. The others? I’m hopeful but no longer holding my breath for their arrival to market. 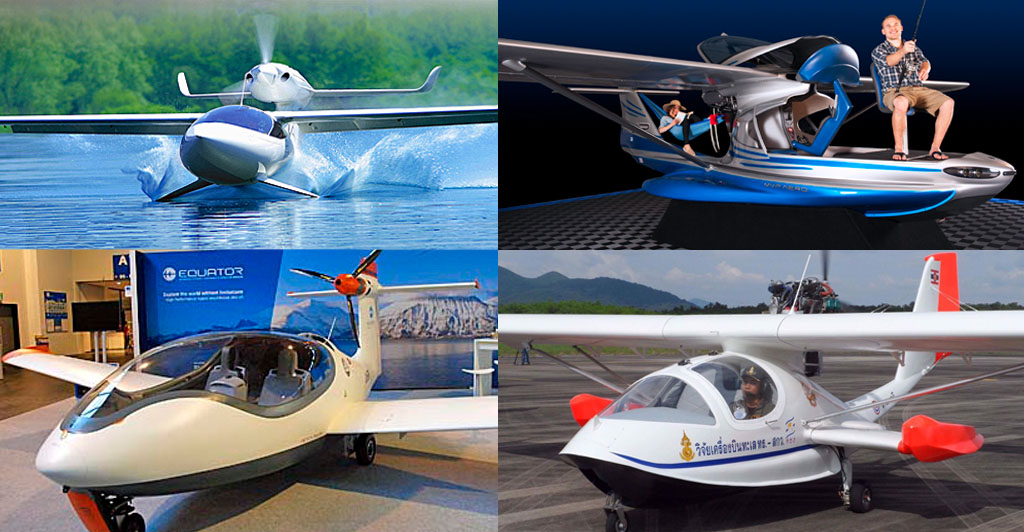 Top Left: Lisa Akoya acquired investment from China but no further announcements have been received. ••• Top right: The impressive MVP from Minnesota; funding proved inadequate to allow continued development. ••• Bottom left: P2 Xcursion from Equator, a hybrid-electric seaplane entry from Norway. This model continues to market. ••• Bottom right: An Asia-Pacific entry that has not been further promoted. ••• These are but four entries. Several more have been proposed; some have been the subject of articles on ByDanJohnson.com.