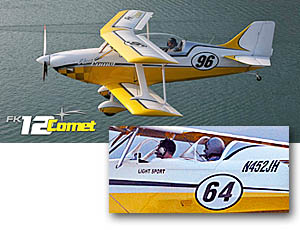 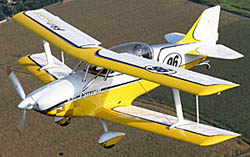 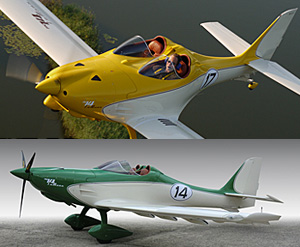 FK9 ELA (for European Light Aircraft) is the latest in a long evolution for this popular design. photo courtesy FK Lightplanes

As they’ve done numerous times, Hansen Air Group — a team of dedicated pilots, nearly all of whom fly or formerly flew airliners for their day job — has helped shepherd another Light-Sport Aircraft through the ASTM standards process to get a FAA airworthiness certificate. The Altanta area importer has done this with several aircraft including some Tecnam models, Sky Arrow, and Peregrine. In recent months, Hansen took over U.S. import duties for FK Lightplanes, which has facilities in Germany and Poland. *** Welcome to SLSA #123, the dashing FK12 Comet biplane. FK12 is the first-ever biplane to win SLSA approval, the second qualified LSA for FK Lightplanes, and the second LSA type to arrive in the USA for aerobatic flight (the first was the Snap from SportairUSA). FK12 made a first official U.S. appearance in the LSA Mall at AirVenture 2011 (as did Snap). Crowds frequently gathered around Comet, thoroughly stomping down the grass all around the airplane. Unveiled this summer with the Rotax 912, Hansen Air Group is working with Renegade Aircraft to install a Lycoming AIO-233. Rotax does not permit aerobatics with their engines — manufacturers have full authority over such use under LSA rules — but Lycoming does permit unusual-attitude flying. Given the Hansen team’s high level of pilot skills, aerobatic flying is of great interest. *** Biplanes are often used for aerobatics as their short spans and high roll rates are useful for that sort of maneuvering. Hansen brothers Mike and Mitch report measuring FK12’s roll rate at 1.07 seconds for a 60-to-60 roll reversal. (If you don’t know these numbers, that’s fast.) Comet’s 22-foot span and four full-span flaperons account for the zippy handling. I can report from my own experience (my pilot report will soon appear in Light Sport and Ultralight Flying) that FK12 Comet may be blazing fast in roll but is a very docile cruiser, holding straight and level with minimal input. *** FK Lightplanes, headquartered in Speyer, Germany but with their own production facilities in Poland, is well regarded for its handsome designs. Also prolific, FK Lightplanes often shows distinction in the shapes and details of their airplanes. This year at Aero, the big show in southern Germany each April, FK Lightplanes captured visitors with their exquisite LeMans version of their low wing Polaris FK14 (the same model selected by Cirrus Design as their LSA entry, the SRS| which project, regretfully, was shelved.) Though more basic, the new FK9 ELA is a highly evolved folding wing monoplane available in taildragger, tricycle gear, and floats. Polaris/LeMans is also available as a taildragger or on tricycle gear. FK12 Comet is only available as a taildragger but with three cockpit configurations.