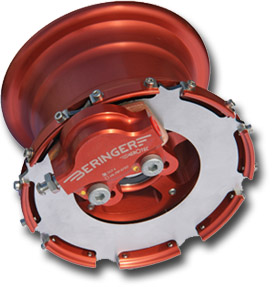 Wheel and brake developer Beringer introduced this 4-inch wheel for smaller aircraft along with other new products. 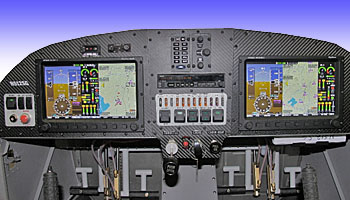 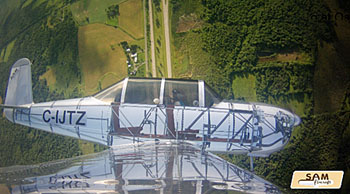 Sam Aircraft is bringing this “X-ray view” Sam LS to AirVenture 2014 wherei it is sure to appear in many photos.

Garmin has a new smaller version of their very impressive G3X Touch. I examined this at Sun ‘n Fun when it was debuted in the 10-inch screen and came away highly impressed after two reviews on videos. For a billion-dollar company Garmin remains passionately inventive and surprisingly nimble. They keep the heat on now introducing a 7-inch G3X Touch display, described as “a high-resolution infrared touchscreen display designed for experimental amateur-built and Light-Sport Aircraft to compliments their existing 10.6-inch G3X Touch system.” Pilots and homebuilders concerned about instrument panel height and width constraints should be pleased to have the 7-inch option. All G3X Touch displays support Connext that allows wireless flight plan transfer between the company’s Garmin Pilot app on an iOS or select Android mobile device. “A well-equipped 7-inch G3X Touch system, which includes SVX, video input, a built-in WAAS GPS receiver, ADAHRS, magnetometer, OAT probe, interactive mapping and more, starts at $4,599,” said Garmin officials.

Beringer is another company that simply won’t slow down. Or, is that right? Honestly, Beringer people go to work every day literally trying to slow down, specifically to slow down your aircraft. The French wheel and brake maker with operations in the USA keeps its engineers working hard and has several new products ready for AirVenture 2014. One that caught my eye as it could work so well for smaller, lighter aircraft is their new 4-inch wheel. These small wheels that ought to work well for ultralights or in light LSA weigh only 39 ounces. Beringer said these are “powerful brakes with a single-piston caliper with sintered metal pads and floating disc.” They say maintenance is easier thanks to sealed ball bearing and no tire tube. The 4-inch wheel is appropriate for aircraft weighing 330 to 770 pounds. All Beringer products carry higher price tags to cover the advanced state of their technology and their finely finished hardware. The new wheels are $459 each for wheel, brake, and disc. • The company also offers a new 6-inch wheel for STOL and Light-Sport Aircraft that use a robust 1.5-inch axle that supports tundra tires. Of course, this is the same company with the excellent anti-groundloop tailwheel as discussed here.

Van’s Aircraft, their SLSA-building partner Synergy Air, and Dynon Avionics announced availability for a dual screen SkyView Touch option for the factory-built RV-12, available starting September 1st this year. “An option for twin large screens of Dynon’s touch-based system provides a larger view of mapping and the ability to share information across screens,” said Van’s Aircraft. “[This also offers] redundancy in the rare event that one of the screens fail.” Van’s added that the second large screen on the right side of the panel gives better access to flight information for passengers and copilots while improving the airplane as a platform for flight training. Van’s advises the second large screen costs only $4,545. “The base price of an RV-12 S-LSA remains at $115,000 [and] the fully equipped model with all available options, including dual screens, is now $128,845. See more at one of the two RV-12 exhibits at Oshkosh. Van’s and Synergy have aircraft at both the Van’s booth and the 10th Year Anniversary LSA Exhibit at show center. For more, visit the official RV-12 SLSA website. Dynon also announced availability of their new SkyView 11 software with more than “60 new features and improvements.” Video appearing on screen is one of these new upgrades.

Sam Aircraft’s Thierry Zibi seems to prepare well for airshows. He first used airshows to collect information from potential buyers so that he created an airplane with customer interest already developed. The result was a distinctive retro look that is unlike anything else in the LSA space, a sort of 1950s fighter appearance but with all the modern features. After getting Sam LS in the air this French Canadian entrepreneur made the rounds at all the top shows and succeeded at securing several good pilot reports including my article. To Oshkosh, he will bring a very distinctively decorated Sam LS that may remind alert observers of the similarly fetching exterior finish shown by the folks at Icon Aircraft at last year’s AirVenture.
Come see this unusual treatment at North Aircraft Display 626 where all the kit companies tend to cluster. Those not attending AirVenture (too bad, so sad) will surely see this airplane in many pictures taken by media people and passers by.

AirVenture 2014 is “Disneyland for Airplanes” and we can hardy wait for the event to start. Stay tuned for more … !