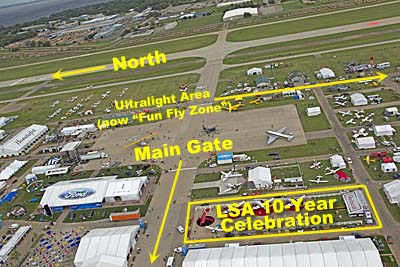 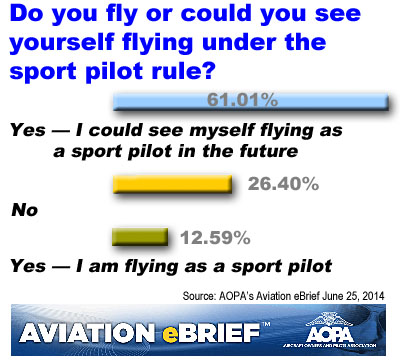 Some may find it hard to believe that ten years have passed since FAA made its grand announcement introducing the Sport Pilot / Light-Sport Aircraft regulation. Others may see it differently. Some thought the rule was a long while coming. A number of people gave of their time to an ARAC (Aviation Rulemaking Advisory Committee) that deliberated for more than ten years prior to the 2004 announcement. What started out as a means to expand ultralight aircraft and to “fix” certain problems that had arisen ended up doing something completely different … although some in the agency maintain they did fix the “fat,” or two seat “ultralight problem.” Many insiders didn’t feel the problem got solved so much as got buried under other initiatives, but that’s a story for another article. What did emanate from the ARAC work and FAA’s lengthy internal deliberations was a game-changing method of approving aircraft and I, for one, salute the agency for its brave achievement. That decision announced ten years ago this summer spurred the market entry of an astounding 136 new models in less than a decade. It is also spreading around the world (subject to modifications by countries accepting the ASTM standards).

To commemorate this achievement in rulemaking — which some might refer to as deregulation — EAA has arranged a superb location to host an exhibit many AirVenture 2014 attendees will want to visit. In a space known to many as AeroShell Square (photo) — recently announced as Boeing Plaza — EAA will host a collection of aircraft that aims to span a good portion of the LSA fleet. Of course, space is not available to show all 136 models approved and not all of them continued to be offered but the Wisconsin organization, with help from the Light Aircraft Manufacturers Association, is arranging a broad display that should convey the possibilities from conventional-looking fixed wing, three axis airplanes to weight shift, to motorgliders, to powered parachutes to gyros. Whatever the final mix of flying machines available for viewing, plenty should be on display right at the heart of AirVenture. Most of the top brands have committed to participating. EAA is working on personnel to staff a tent on the exhibit space with the goal of assisting those interested in Sport Pilot or Light-Sport Aircraft to learn more.

How many people are attracted by Sport Pilot and the aircraft someone possessing that certificate can fly (or those using their current certificate to exercise the no-medical privileges of Sport Pilot)? That’s a good question. To answer, I refer you to a recent survey conducted by AOPA through their Aviation eBrief electronic publication that provides news for and about the general aviation community. The organization asked: “Do you fly or could you see yourself flying under the sport pilot rule?” Their results are presented in the nearby chart. Excluding those who say they would not fly as a Sport Pilot, we see that nearly three quarters (73.6%) can see themselves using this pilot certification including more than one in eight AOPA respondees who presently use it. On the eve of the 10th anniversary celebration, this is encouraging for the Light-Sport Aircraft producer community and those flight schools that are training new pilots or helping already licensed pilots to transition to these airplanes. Note that in addition to fully built Special LSA, Sport Pilot certificate holders may fly standard category aircraft or homebuilt aircraft so long as those flying machines meet the parameters (1,320 pound gross weight; speed less than 120 knots, etc.). Thus, available aircraft include SLSA, ELSA, or what former EAA staffer, Ron Wagner, once clearly identified as Sport Pilot-eligible aircraft.