You can see market numbers for the last quarter in this article — or review all LSA and Sport Pilot kit market info in this dedicated area. Get results for every American light aircraft on Tableau Public. 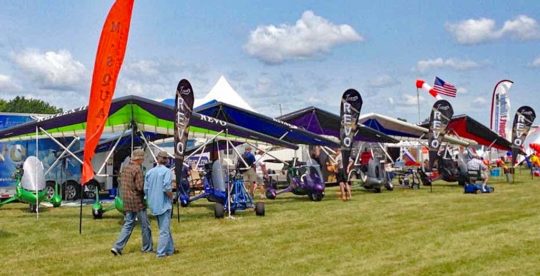 If you read the recent article closely, you saw that not only are single seat aircraft enjoying good sales but Part 103 ultralights may be going stronger than in many years …possibly the best ever. I wish we could report 103 ultralight market shares but as they do not have to register with (and get an N-number from) FAA, we have no third-party way to evaluate the numbers accurately.

Add the U.S. experience of the last year or three to overseas sales activity and I think most aviators around the world might be amazed at the strength of this market. Certainly, this is an under-reported category.

Germany has its 120-Kilogram class (very similar to Part 103 parameters). England has its SSDR (Single Seat DeRegulated) class plus Sub-70. The latter is for very light aircraft weighing less than 70 kilograms or about 154 pounds, essentially a self-launching hang glider. This not a big market in the USA but put all these classifications together and add them to relaxed regulations for the very lightest powered aircraft in many other countries and you can see this is a more active and diverse aircraft market than you probably knew.

First, Evolution Trikes introduced their super-deluxe Revo. Later came the Part 103 Rev, followed by a more potent RevX. Then came their Revolt, an open cockpit two seater. All the Revs carry a lower price tag than the sophisticated Revo. This surely accounts for some of the volume but clearly, as mentioned in the video below, it appears weight shift aircraft are enjoying some kind of revival. 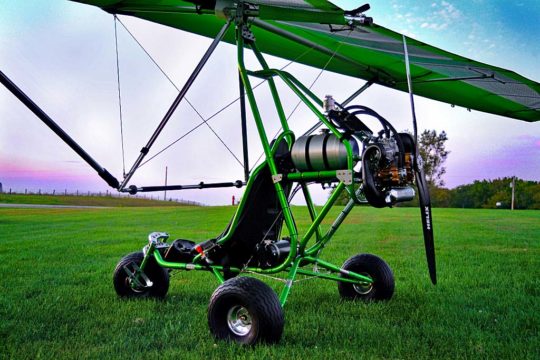 In recent years, boss Larry Mednick observed that their “tube-trike” line has been growing in strength. In the video below you will hear him say, “We have officially built more Rev, RevX, and Revolts than we have ever built Revo (models).”

The Ferrari of their line, Revo, has been out for 11 years, debuting in 2009. Rev was introduced only four years ago and Revolt only two years. For these “tube-trikes” to have eclipsed Revo in sales numbers is quite remarkable.

Why is that? Lots of reasons explain purchase decisions even disregarding the lower purchase price of simpler aircraft: Single seaters are doing well. Evolution is selling many aircraft. And lots of younger participants have emerged. 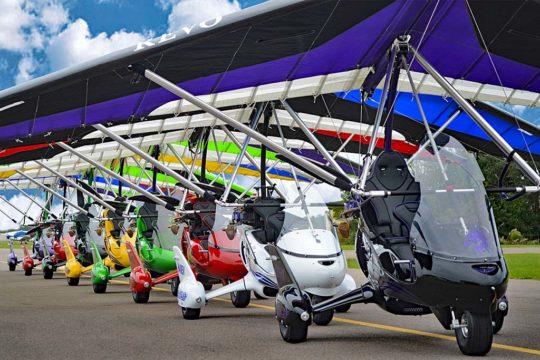 “I don’t know what’s in the water… I don’t know what’s going on this year, but the phone has not stopped ringing about these [aircraft] and we are certainly having a record-breaking year,” Larry said. He added, “We have three times as many orders this year compared to last year and double our best year since we started in business.”

Of particular note: “We are seeing a lot of younger buyers. I’ve never seen so many buyers under 50 [years old] getting involved. We’re seeing a lot of buyers in their 30s and 40s; it’s very encouraging,” Larry enthused.

Maybe you don’t care about weight shift or other alternative aircraft like powered parachutes, gyroplanes, and motorgliders, but these all bring new pilots into aviation and new pilots often eventually upgrade to faster aircraft so the one you just bought might sell to one of these pilots in the future.

I urge you to watch the video below and hear from Larry yourself. Thanks to great work by Videoman Dave of the Light Sport and Ultralight Flyer YouTube channel.

I will let Larry tell you himself about this newest entry in his “tube-trike” line. However, I remind you that you read and heard it here first.