Capitalism and competition are one thing. Government policies and actions are quite another. You already know this.

Sometimes, however, these two seemingly-opposite concepts aren’t so different. What does this have to do with Light-Sport Aircraft?

American pilots, like aviators in other countries, must obey regulations in the nation where they operate their airplanes. Yet the same requirement is not necessarily true for those who produce the airplanes we enjoy. Producers, it turns out, have choices. 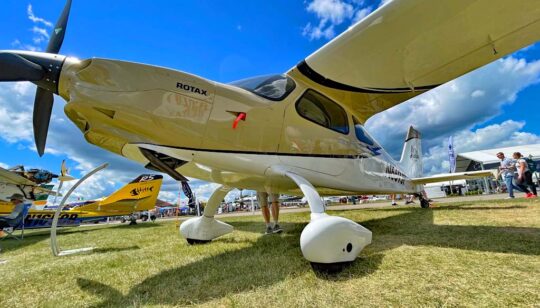 Under an arrangement called reciprocity, manufacturers in certain nations (Note 1; see at bottom) can meet their local regulations and FAA will then accept such aircraft without them going through the American certification system. What results is a form of competition between government regulatory agencies.

European builders may be early users and beneficiaries but American companies could use reciprocity as well. 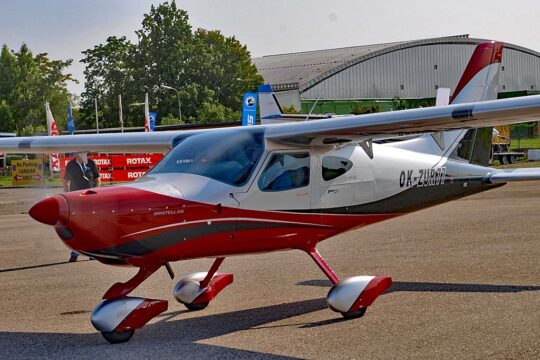 BRM Aero showed their new cantilevered B8 high wing model at the Rotax Fly-in 2021. It debuted to the public at Aero Friedrichshafen 2022.

Readers may remember that when Cessna was still promoting their ill-fated Skycatcher SLSA, they considered pursuing 1990’s-era Primary Category. It is significantly more costly than meeting ASTM standards, but allowed higher weights. Some in the company felt that achieving the more conventional certification might facilitate sales in Europe (Note 2).

If you are thinking that all this makes no difference to you, I get it. Government regulations make for some of the dullest reading imaginable. Yet in today’s thoroughly-regulated environment, a new aircraft cannot fly without the approval of some aviation agency… with one exception: Part 103 or other national equivalents. So, companies learn to comply with government regulatory systems as best they can. If it is easier to gain approval in one country and use that system to make sales in another country, most decision makers will follow the path of least resistance. 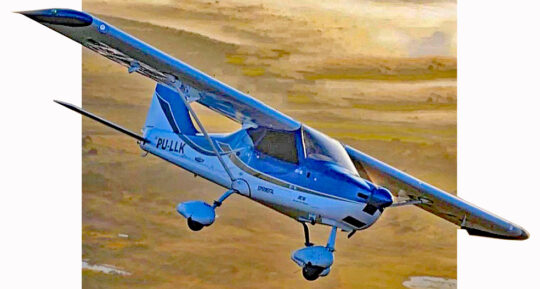 Montaer builds the MC-01, featuring a roomy cabin able to expand into the new regulation.

Many readers may recall that Brazil has embraced Light-Sport Aircraft as a category and accepted ASTM standards in lieu of their own aircraft certification program. Brazil has enjoyed LSA almost as long as America.

As do many countries, Brazil closely observes what FAA does. Yet their regulators can run ahead of FAA when they see a path forward.

In July this year, Brazilian regulatory changes were approved for the expansion of Light-Sport Aircraft in Brazil. “The goal is to allow larger aircraft with other technical characteristics to also enjoy the advantages of this model,” noted Kleber Jesuino, a coordinator for the ANAC’s Department of Airworthiness, in a report to the ASTM F37 committee revising standards for Mosaic. ANAC is the Brazilian counterpart to FAA. 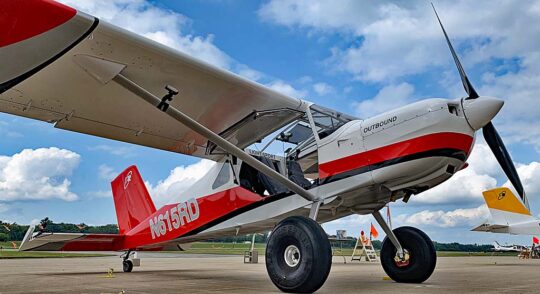 With an 1,800 pound gross weight, Outbound is well positioned to become a Mosaic LSA if the company chooses to pursue it.

“The new regulation, besides bringing Brazil closer to international standards,” said Kleber, “reduces regulatory complexity by allowing airplane with up to four seats and maximum take-off weight of up to 1,361 kilograms (3,000 pounds) to use LSA category consensus standards developed by ASTM International.”

He added that the new rules will reduce costs to get approval for new aircrat designs compared to Part 23-style type certification yet maintain an acceptable level of safety.

“In Brazil, the creation of the LSA category took place in 2010 with the publication of rules for design and manufacture, and the implementation of the rules for operation, maintenance, and instruction occurred in a staggered manner,” clarified Kleber.

Brazil has five domestic LSA models recognized by ANAC and another three in process, he reported. 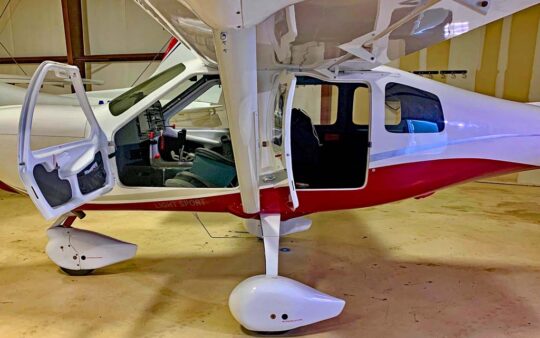 Jabiru is another brand ready for Mosaic LSA. Sold in the USA as the J230, this model is a four seat model in Australia.

Since April 2021, “ANAC worked with national LSA manufacturers in a Joint Study Group to evaluate the current consensus standards accepted for the LSA category with a focus on expanding the regulatory model of this category in Brazil.” Four months later, in August 2021, the study group recommended expanding some technical characteristics in earlier regulations.

The ANAC-lead group issued a survey to assess the public’s view on the proposed changes. They report hundreds of contributions were received.

While full information has not yet been stated for Van’s Aircraft’s still-in-prototype RV-15, the size of the aircraft suggests it could be aimed at being a Mosaic LSA.

Kleber finished, “The regulatory changes for LSA in Brazil were treated with priority in the Agency.”

Yes, I guess that’s right. All this was concluded in the space of a few months. In that sense it hardly compares to Mosaic, which has taken years — although FAA’s rule tackled far more, one big chunk of which is now being removed to hasten completion.

Pilots are rather discouraged with FAA right now and that’s understandable. Many have been waiting for the right rules before they buy an airplane.

“FAA said the regulation text is being actively worked on and should be finished by September,” reported Roy Beisswenger, an ASTM F37 executive committee member on a teleconference call. That’s this September and represents a good improvement in the pace from what I heard at Oshkosh. [Update: For further clarification on this point see comments below.]

“They are just cutting out the drone stuff,” summarized Roy.

”Mosaic should be wrapped up by the end of 2024,” reported Roy after the meeting. If that happens we could see actual “Mosaic LSA” flying in early 2025.

In one particularly illuminating meeting at Oshkosh 2022 — toward the end of a lengthy discussion regarding the future of LSA, FAA’s Mosaic program and delays, and other countries preparing regulations — an individual recognized by everyone in the room as someone with rare insight to the highest levels in the agency said, “People are starting to give up on the FAA and turning to EASA for modern and more quickly-expedited approvals.”

So it is good FAA has picked up the pace on Mosaic now that drone regulation will be split out and will proceed on its own parallel track. Let’s keep this in perspective: Mosaic’s year delay is less than we experienced with the SP/LSA rule that was announced three years before it actually happened.

Stay tuned… I will follow this as closely as I can over the next couple years.

(Note 1) A nation with a bilateral safety agreement with the USA can approve an aircraft according to their (usually rather similar) national regulations and then seek reciprocity for their CAA’s approval to be honored by FAA. This is well established. Countries seeking a BSA with the USA go through a lengthy, up to seven-year, process to assure regulatory systems are roughly in sync.

(Note 2) One of the reasons why Cessna may have sought extra weight was because their LSA entry had a confiningly-low payload. As designed, it was not optimal for flight schools. Weight exemptions — such as later won by Icon, TerraFugia, SkyRunner, and Vickers — had not gained approval when Cessna made their Primary Category decisions.