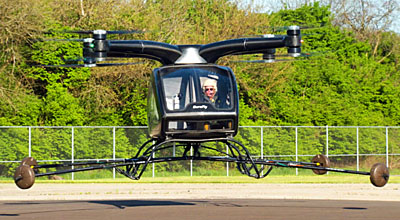 What on Earth is going on in Airplane DesignerLand? Are we headed for a bifurcation, a parting of the ways among those engineering the next generation of aircraft? Perhaps. Will this affect you? How do you feel about non-fixed-wing aircraft?

I am searching for a term to generically describe these emerging flying machines; “drones” doesn’t quite do the job. More of these seemingly-weird-looking machines seem to pop up every day.

Prior experience suggests that most will never make it to market. Ones that do succeed in the eVTOL or electric-powered aircraft market may not even exist today. For that matter, it is far from certain that this will ever turn into a market, though given the huge amounts of money pouring into research projects, it seems nearly inevitable (to me) that some will survive and perhaps have a major impact on flying, both for transportation and for sport or recreation. 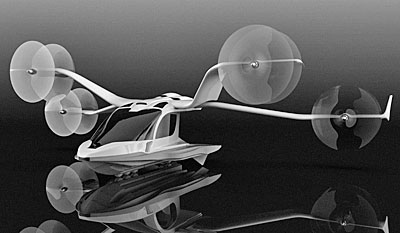 Along this vein, before and at Sun ‘n Fun 2018, I spoke to officials from BRS parachutes. They reported being intensely busy fielding requests for ballistic parachute systems from eVTOL creators. You know STOL and probably VTOL (Vertical Takeoff and Landing). EVTOL is the electric powered version of the latter and it’s a space where literally billions may be spent; many hundreds of millions already have been.

No wonder the interest in a parachute rescue system. While multicopter aircraft have the potential to be even safer than conventional aircraft with wings, that safety hinges on software robustness. Electric motors are much more reliable than combustion engines but an aircraft with no wings depends utterly on several spinning props doing their job. Developers say they can lose some and still get safely to the surface. I don’t doubt that but doing so leans heavily on highly capable software.

Remember how often your Windows computer crashed 20 years ago? No one wants that in their aircraft. However, modern computers and now tablets and smartphones rarely crash. The same sort of evolving development will likely happen to this merging of infotech and aircraft.

On April 30th, Workhorse’s SureFly octocopter (see our earlier article) took its first untethered flight. It lasted a mere 10 seconds but they’ve continued flying since. Workhorse co-founder and CEO Steve Burns said, “The first [untethered] flight proved to us what we needed to know: the energy used, the noise [level], the ease of control with the joystick, the balancing algorithms.” 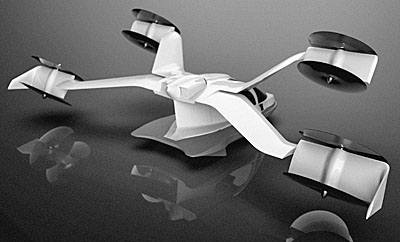 Unlike multicopters such as SureFly, Wave eVTOL “is a transitioning tilt rotor aircraft… designed to take off vertically and then transition to flight like a normal aircraft,” reports Vickers.

A piston-powered SureFly is designed to fly up to 75 miles at a speed of approximately 75 mph, with an anticipated empty weight of 1,100 pounds and a maximum takeoff weight of 1,500 pounds. A 400 pound payload seems underwhelming but these developments are at an early stage.

What happens when our current batch of deeply-experienced airplane designers get involved with this new action? Will they abandon our beloved LSA airplanes, trikes, gyroplanes, powered parachutes, and motorgliders for aircraft with multiple spinning props or pivoting wings? Maybe it’s already happening.

“It has always been my vision to move aviation forward,” said Paul Vickers, the man and name behind New Zealand’s much-anticipated Wave LSA seaplane from Vickers Aircraft. Nearby images show what he and his team have in mind. 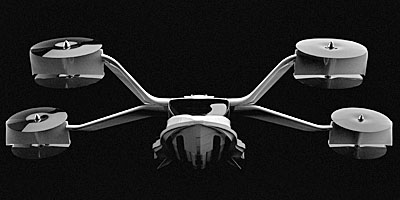 “Wave eVTOL is a four-seat, semi-autonomous hybrid and will harvest 80% of our Wave Light Sport Aircraft model’s DNA,” said Paul. “This positions us well down the road of developing shared technology, components and tooling, R&D, materials, manufacturing processes, techniques, and facilities that we have been refining over the years for our LSA.”

“Developing an eVTOL with amphibious capabilities opens possibilities not yet explored in this space, and with the New Zealand government leading the world from a regulation standpoint, New Zealand is on track to be the first country to allow approved manned eVTOL passenger flights.”

Vickers Aircraft is working closely with the Civil Aviation Authority of New Zealand (CAANZ) throughout the development of the Wave LSA and eVTOL aircraft variants.

As you can see yourself, the proposed Wave eVTOL uses the multicopter approach with wing sections. They aren’t the first to do this (see this article) but the Vickers’ entry has the most artistic and graceful wings I’ve seen, swooping up and out from a tailless Wave fuselage. 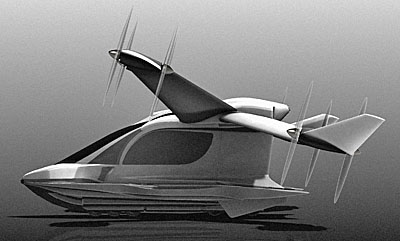 Anticipating a question readers might pose, I asked Paul if this new direction meant he was easing away from the fixed wing LSA.

“The initial design for the Wave was always to have a core base that can be used on a number of different models; the second in this range is the Wave eVTOL,” Paul explained. “With facilities and technical ability already established [and with] wider government and regulatory support for the development of next generation aircraft in New Zealand, we feel confident in having a proof of concept ready by 2020.”

The Wave LSA seaplane will come much sooner though Vickers Aircraft is cautious about promises given what they’ve observed from other companies in this space. He offered no update on the fixed wing model.

However, he is enthusiastic about using years of hard work to bring a one-design company closer to the family of aircraft he always foresaw. 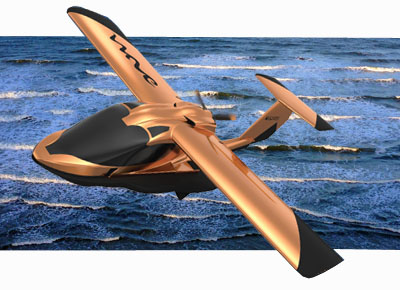 “The beauty of the Wave eVTOL is that it can be developed in parallel with [our] LSA, enabling us to maintain our schedule,” said Paul. “Both models will share everything from components and tooling to ergonomics and storage, as well as manufacturing procedures and material allowables that will combine to result in a rapid development cycle.”

To further communication on the new aircraft in planning, an organization called Sustainable Aviation Foundation will host a panel discussion called “Urban Planning for Sky Transit,” on May 12, 2018 in San Francisco, California.

For those who want to learn more about these new flying machines, see our just-released video review of most of the electric-powered aircraft at Aero Friedrichshafen. While this begins to look like an industry, this is just the beginning, I suspect. The video interviews European publisher Willi Tacke who has created a publication specifically for these eAircraft. It’s free to read online and is also offered in print form.