Amazingly enough, here in 2020, we have noticeably returned to our roots in very light aircraft. Almost 40 years after Mike Sacrey and his team at FAA created the still-incredible Part 103, one leading brand from those days is not only still in business and thriving, but they are largely building similar aircraft to four decades back.

The man you saw on the lead photo is the famed Dick Rahill, a one-man flying machine flying his machine at Sun ‘n Fun more capably than any robot. Over and over, Dick would blast off in the bright yellow Firestar that seemed attached to him. He’d make one quick pattern from the turf runway in Paradise City at Sun ‘n Fun only to land, jump right back in the takeoff line, and repeat. Launch, circle, land, repeat… over and over. It seemed like every other airplane taking off was Dick and his FireStar.

Perhaps the popular design from Kolb was simply that much fun to fly. Most Kolb pilots would quickly nod in agreement.

Rahill’s Firestar with its twin cylinder Rotax left the ground in 100 feet and landed in less. Some of that performance is a credit to Dick being so utterly at one with his machine. Some of it is simply that Homer Kolb‘s designs wanted to fly. 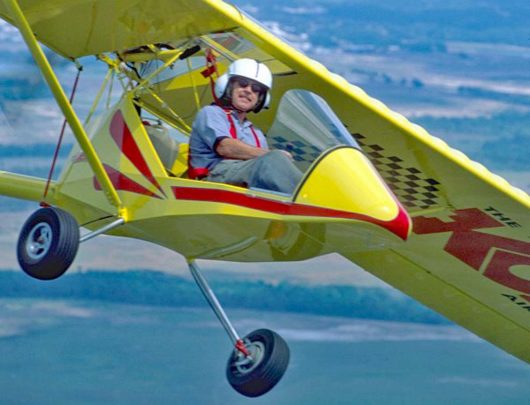 Your author forms up close for the camera of Ultralight Flying editor, Scott Wilcox.

While conventional in its configuration (three-axis control, fixed wing), Kolb demonstrates Homer’s appreciation for simplicity and his ability to deliver that. All Kolb designs exhibit these qualities but FireStar — one of his most popular designs — achieved this better than almost any aircraft that preceded it.

A talented, gentle, soft-spoken man, Homer’s aircraft designs were created and manufactured at his farm in Pennsylvania. When I visited many years ago, it was a family operation and every customer was well aware. 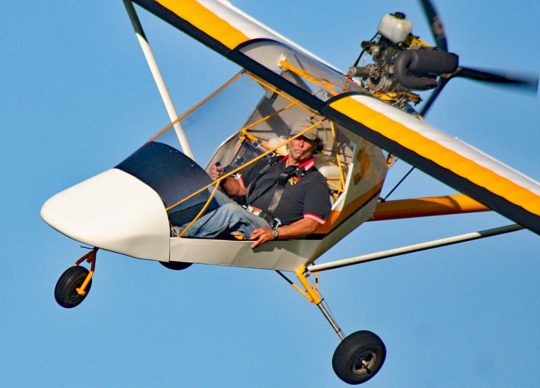 When Homer retired, the company continued under engineer Dennis Souder who had worked closely with Home for many years. In 1999 Bruce Chesnut and Brian Blackwood purchased Kolb Aircraft from Dennis naming it The New Kolb Aircraft Company. Souder, along with other partners, had owned the enterprise since 1994.

Today, Kolb Aircraft (as it is known once again) is run by Brian Melborn. Continuing the friendly demeanor of people leading the Kolb company, Brian is intense and easy-going at the same time.

Kolb designs are some of the most time tested and proven aircraft on the ultralight and experimental market today. In the early 1980s Home produced the UltraStar ultralight and then in 1984 introduced the FireStar which, after 35 years in active operation, is still available today in a number of versions. 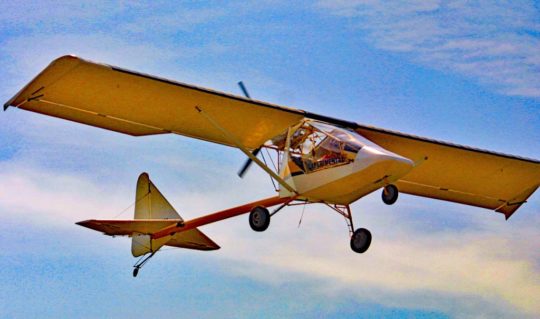 The FireStar is a high wing, strut braced, taildragger in a pusher configuration. To some aviators, “taildragger” is a negative. However…

Many pilots have discovered that Kolb taildraggers are some of the easiest-to-fly aircraft on the market, tail wheel or not. This is partly as the “deck angle” is shallow, that is, the nose does not sit high compared to the tail. This makes the tailwheel operation vastly easier and more docile for new taildragger pilots. However, if you’re still concerned you can get Firestar with a nosewheel and a tailwheel. This will let you fly in tricycle gear mode but you can experiment with tailwheel operation. 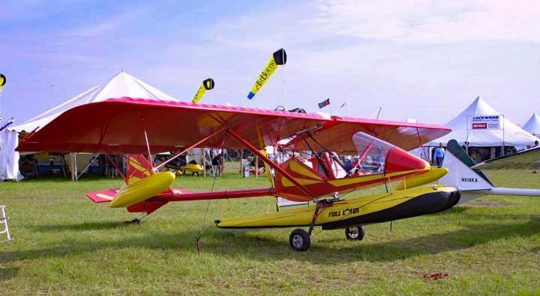 If you prefer new to a used aircraft, the modern Part-103 compliant Kolb Firefly won’t cost you as much as you might think. However, the Kentucky factory is busy building these aircraft, so a ready-to-fly model might be a few months coming. Part 103 ultralights are quietly out-selling many other types and for good reasons: they are proven, inexpensive, and involve almost no FAA regulations.

If you prefer to build, Firestar comes as an assembly kit taking about 350 hours to build. The rivet and bolt together aluminum tubing kit can be build with common hand tools in a single car garage but a small air compressor and air riveter are recommended — your rivet-pulling hand will definitely thank you. Once construction is completed the FireStar is then covered in standard aircraft covering materials. 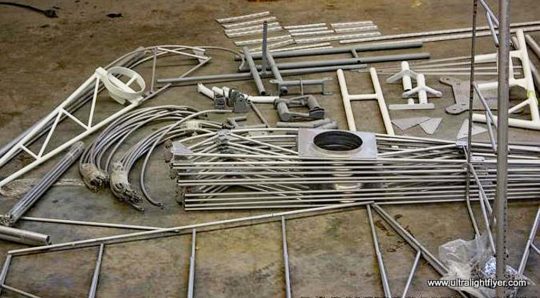 Power for used Firestar will likely be supplied by the Rotax 377, 447, or 503 two-stroke aircraft engines, however, a variety of engines from 28 to 55 horsepower have been used.

FireStar features standard stick and rudder controls, with a center-mounted stick, and a left-hand throttle. It has a steerable tailwheel, three-quarter-span ailerons and is one of the best performing aircraft on the ultralight market when using a Rotax twin-cylinder, air-cooled engine.

FireStar climbs out at over 800 feet per minute, cruises in the 55 to 65 mph range, and stalls in the 25 mile per hour range. The FireStar also makes an excellent float plane.

For a full review of Firestar from the early 2000s, check out this article (remembering that it may have outdated information in it). 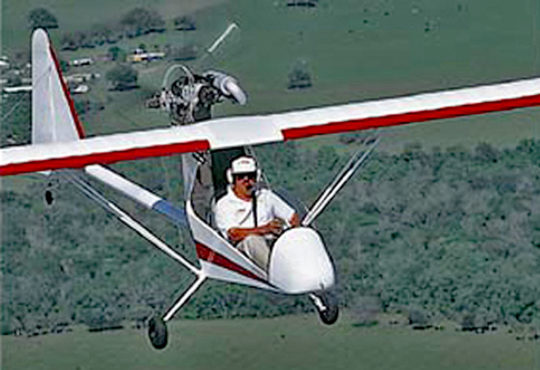 Like all Kolb Aircraft designs, FireStar has folding wings for ease of storage and transport.

If you are considering purchase of a used Kolb FireStar, The Ultralight Flyer’s recommends that the plane’s fabric be tested, the airframe, wings, landing gear, and the control systems be thoroughly inspected. If the history of the engine is unknown it is recommended that the exhaust be removed and the pistons inspected for wear and seizure.