In the world of kit aircraft a few companies stand out for having delivered many kits that have launched into the air. Leading the success stories is Van’s Aircraft at nearly 10,000 flying — with around double that number of kits shipped. Van’s is trailed by Rans Aircraft, Kitfox Aircraft, and Kolb Aircraft.

Kolb estimates about 8,000 of their various models are flying today, a strong enough figure to make the Tennessee company one of the shining lights in the field of light kit aircraft. 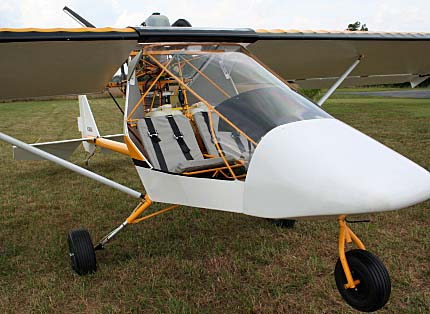 However, Kolb has always had a problem. They build taildraggers.

After generations of pilots were trained in tricycle gear airplanes, many pilots aren’t sure about their ability to handle a taildragger. When landed other than straight and true, a tricycle gear airplane auto-corrects, swinging toward the nosewheel. A taildragger can, if handled poorly, result in the dreaded ground loop, meaning that the tail can swing to the side, potentially causing a wingtip to touch the ground.

Kolb models have such a shallow deck angle (meaning the nose does not sit well above the tail) so this taildragger “problem” is almost invisible, but that doesn’t change the fear many pilots have for the once-standard gear arrangement.

Kolb’s TriGear FireStar to the Rescue

Offered after years of a tandem setup, Kolb’s FireStar II SS is a side-by-side version of the FireStar II. More recently, the company offered a tricycle gear version …one that retains the tailwheel even if you don’t use it. This gives a landing gear versatility almost unmatched in aviation. You can land on three front wheels or use the tailwheel if you wish to explore this difference. 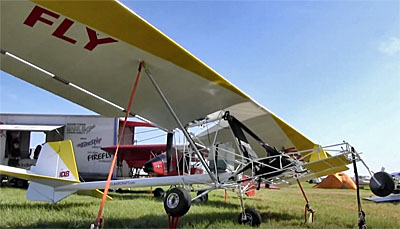 FireStar II delivers “great climb performance with the Hirth 3202 engine but can be fitted with  the Rotax 582 engine,” said Kolb’s Bryan Melborn. Hirth is the standard engine for the FireStar II SS mated to a 2.58:1 gear reduction drive swinging a 66-inch diameter fixed pitch propeller. This combination gives outrageous climb performance (as our video below demonstrates) with a top speed of 80 mph.

“It takes very little power to maintain minimum flying speed in a FireStar II SS,” Bryan added, “and such slower flying is more enjoyable because of engine noise and fuel consumption are at a minimum.” 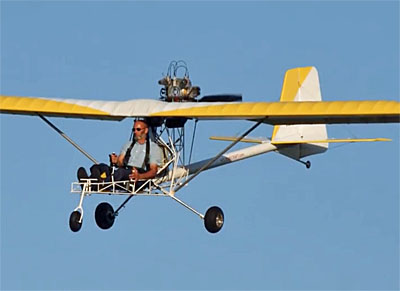 Previous customers who built the older tandem configuration are not left out. Bryan said, “We use stock FireStar wings and tail feathers, so if you own a FireStar II tandem seat, you can purchase a new cage and a boom tube from Kolb Aircraft and fit your wings, tail feathers, engine, and instruments to it and convert to side by side. Call the factory for details or send an email.

Like all Kolb aircraft, the FireStar has folding wings and tail which allow for easy storage or trailering. “The tail folds up and the wings fold back along the fuselage in about 15 minutes by one person,” Kolb advises.  “Everything stores right on the airframe.”

With gross weight of 850 pounds and slow stall speed, a two-place FireStar II is sold as an Experimental Amateur Built aircraft. It qualifies to be flown using a Sport Pilot certificate or your higher certificate exercising the privileges of Sport Pilot.

At Sun ‘n Fun  ‘n Fun, we did a video interview with Bryan to announce that Kolb now offers the Part 103-legal Firefly model with the tri-gear setup. Hear and see more below…