Fifty three years ago this month, Neil Armstrong made history when he declared first, “The Eagle has landed.” His words described a momentous occasion: humans about to set foot on the moon. 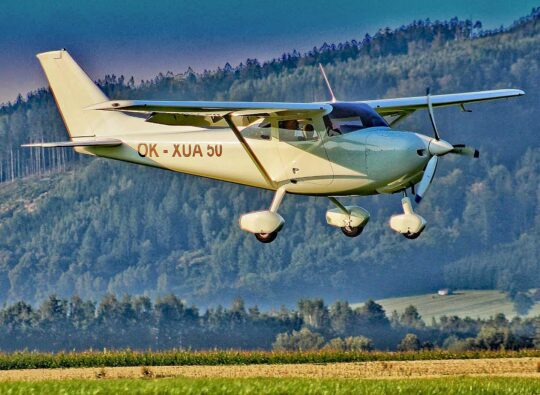 Orlican can’t claim such high ground but through two years of Covid dislocations, the Czech Republic developer finished their second-generation LSA and the first one in the U.S. was delivered to its first customer, a flight school.

Longtime LSA importer and reseller, Deon Lombard has been waiting as supply lines snarled and shipments were delayed. However, the European manufacturer persevered and the new model has crossed the Atlantic. Orlican’s Eagle has landed!

In case Covid (understandably) fogged your brain, Orlican’s Eagle is a follow-on design. Americans and others have seen a very similar look before. It started with L600, which Deon has been selling in the U.S. for several years. Why the name “Legend?” 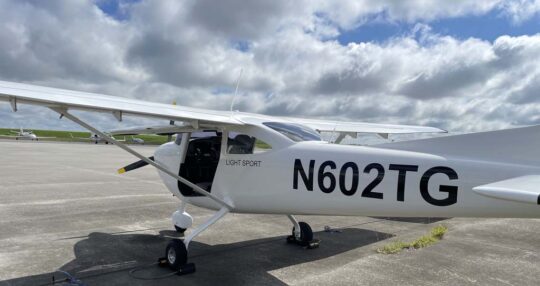 Look at the design. What popular model of aircraft does it resemble? If you guessed Cessna 182 Skylane, you are remarkably observant. Indeed, this model was created as an 80% scale imitation of Cessna’s popular four seater, just with two seats and built of composite rather than metal.

Since I have flown both the Cessna 182 and the L600, I’ll say it simply. Skylane 182 carries a lot more weight and it flies like it. Cruising is smooth but in maneuvers or during takeoff and landings, a C-182 feels like driving an oversized pickup truck. It has power but the handling is heavy, not agile. 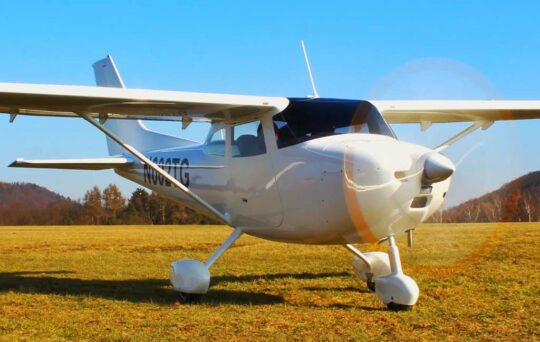 Some readers will surely say they can buy a used 182 for the same money as a new M-8 Eagle and that’s true. However, flying a C-182 will require a medical and a used Skylane priced approximately the same as a new L600 Eagle will be a 1970s model, close to 50 years old usually with out-dated analog instrumentation and a thirst for 100LL fuel. I see nothing wrong with those legacy airplanes but they will generate maintenance bills well beyond the Eagle and they’ll cost up to three times as much per hour to operate.

You’ve probably never heard of this brand but if you lived in Eastern Europe, that would be quite different. The company has a long, rich history. Americans may not know that so here’s the briefest history lesson. 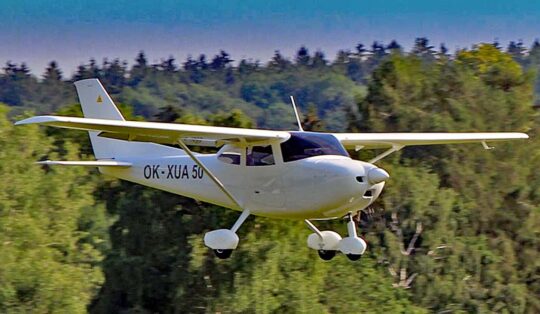 Nearly 100 years ago, the original Orlican company was founded by engineers Beneš and Mráz in 1935. The factory was later nationalized by the government but in the 1990s, a new company — Schempp-Hirth Ltd., a brand well-known and widely respected in Europe for its sleek sailplane gliders — took over the air division of Orlican. Manufacturing of composite Scheme-Hirth gliders is current today.

The Orlican brand was reestablished in the autumn of 2014, with the support of employees and customers of the original company. “It is still in our DNA to carry on this longstanding tradition, to continue what was established many years ago,” said Orlican CEO Vaclav Bervid. The new boss expressed reverence for the original Mr. Mráz, who believed, “I searched for my own path that nobody ever walked upon…“ The renewed Orlican company hopes to continue that philosophy.

L600 Eagle is Orlican’s entry product into Light-Sport Aircraft. They benefitted when a key engineer departed to bring a similar design to Orlican. How is it different? Let’s check the one presently in the USA.

Now in the USA

Deon Lombard’s company will import the Orlican model to sell alongside his Whisper kit. “Eagle is essentially the same design as L600 but all the improvements we could incorporate,” said Deon. 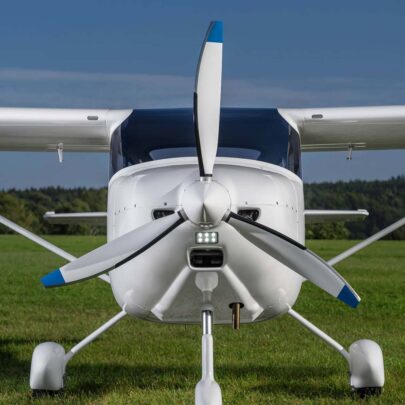 The first Orlican in America (seen in nearby photos with N-numbers) is already in use at Fly Corps Aviation flight school with nine instructors operating out of Savannah, Georgia. With 30 hours on this first example, school owner Chip Griewahn reported, “[L600 Eagle] is the easiest airplane my instructors have ever flown.” Deon reported Griewahn has plans to add more Eagle aircraft.

As Orlican completed work on Eagle, Deon listed several changes made to the prior design:

The first L600 Eagle arrived in January 2022 and two more will land in the USA before the end of the year. Meanwhile in the Czech Republic, Orlican is gearing up for higher production in 2023. This year they are refining their system and building about one a month. Contact Deon Lombard for further information. 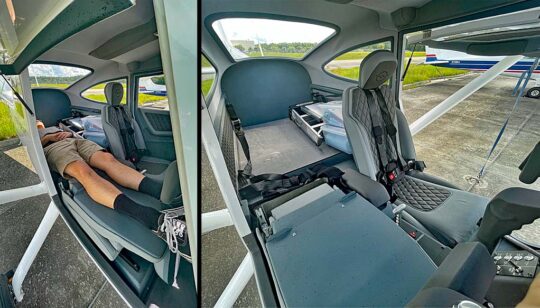 TECHNICAL SPECIFICATIONS
all figures supplied by the manufacturer

* Figures presented in this article are current at the time of posting but subject to change. Dean Lombard indicated that the aircraft manufacturer is following Mosaic and the promise of expanded capabilities but noted the existing L600 Eagle aircraft has already been tested to higher weight limits and faster speeds. 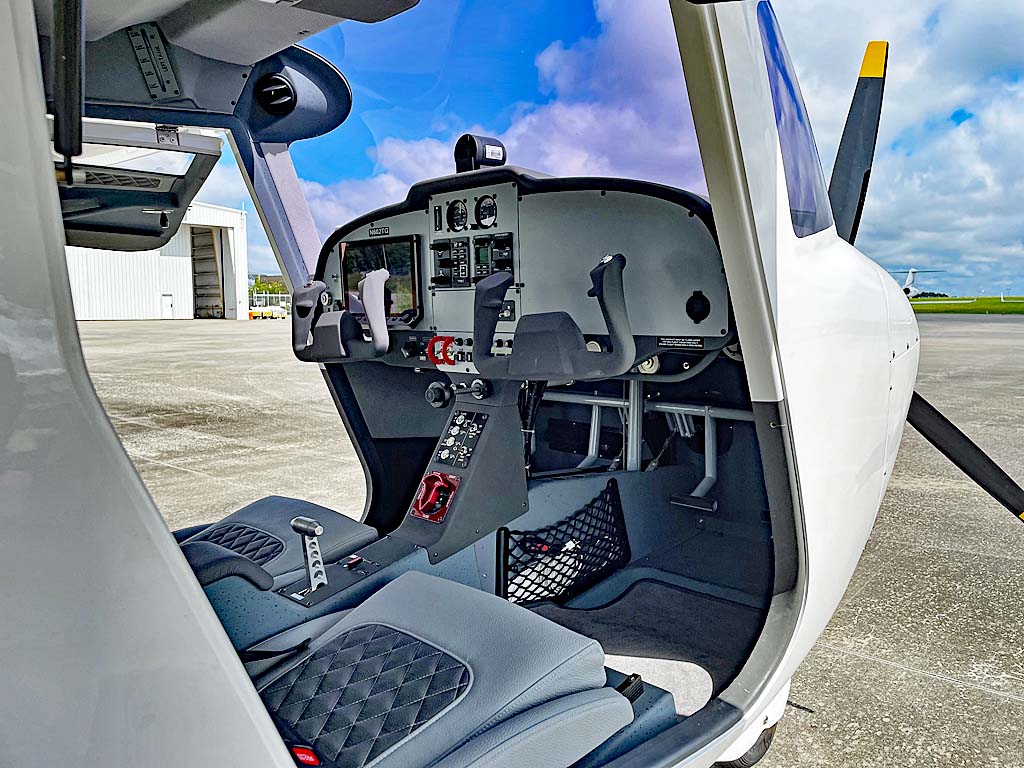 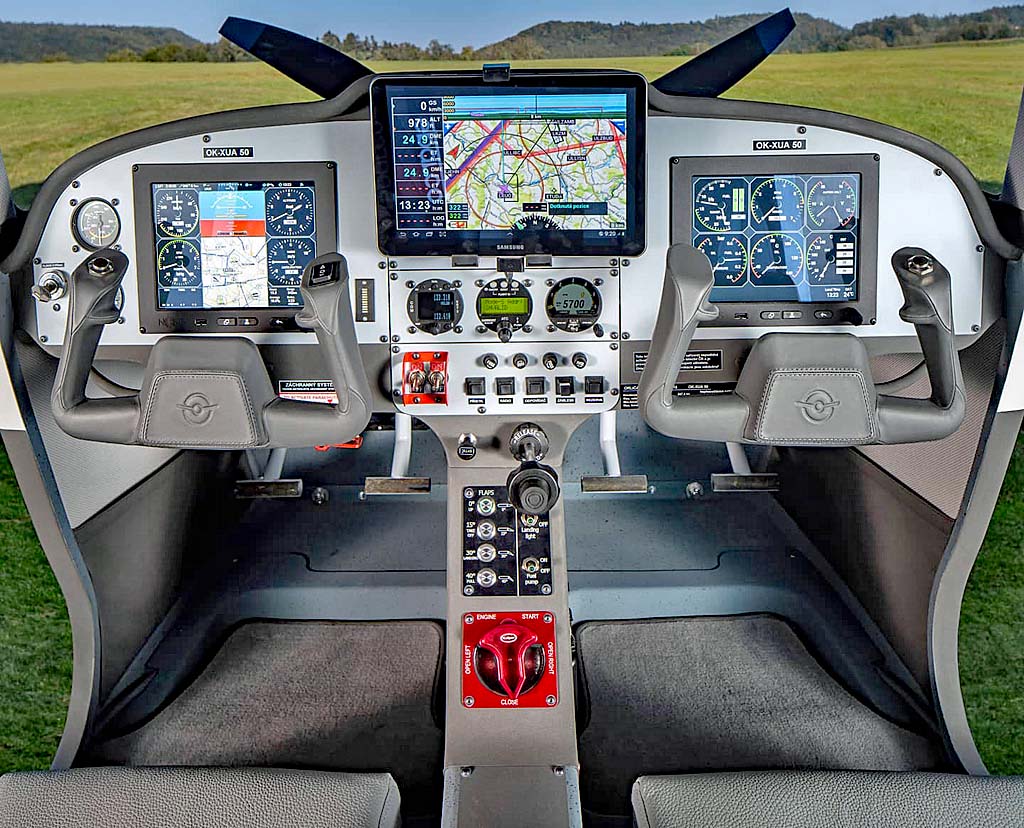