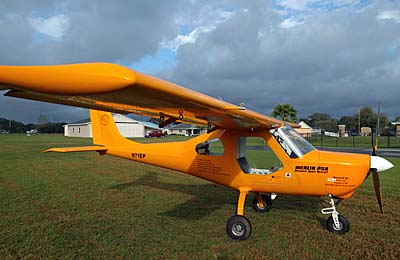 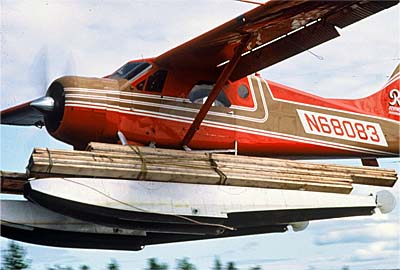 Floatplanes do all sort of duty in Alaska, including hauling lumber strapped to the floats.

SEBRING 2016 PREVIEW — Why do pilots and friends flock to Sebring? Several good reasons come to mind: • Weather is flying-friendlier than in America’s snow belt; • More than 130 exhibitors include dozens and dozens of the most popular and successful Light-Sport Aircraft, light kit aircraft, and ultralights; • Many educational forums are presented; • Hear speakers and panels; • Excellent demo flight possibilities; and, • for those in the business of serving LSA and light kits, the LAMA Dinner on opening night promises to be interesting with a “Great Debate” of engine manufacturers.

Sebring Expo is also the place where new aircraft appear, trying to get a jump on the aviation calendar with new offerings. In this article, we bring one of these to your attention.

I’ve written about Chip Erwin’s newest development before (here and here). At Sebring 2016, you will finally get to see an example so fresh the paint is barely dry … yet you will hardly miss its attention-getting color.

Offered by Aeromarine LSA and clearly labeled Merlin PSA, this is not Glasair’s Merlin LSA. Instead “PSA” refers to Personal Sport Aircraft and perhaps the surest way to identify Merlin PSA as such is the single seat inside this handsome, bright aircraft.

Although some may be dismissive of the single seat, recreational aircraft are often flown solo and the economic facts are that a single seater can be much less costly, which may be less about the airframe than the engine needed to make it perform well. Whatever the explanation, Merlin PSA is advertised at the very modest cost of $34,900 for a finished kit; building it is said to be swift. Based on how many folks talk about the cost of high-end LSA, I expect Chip could find some significant interest from those attending Sebring.

Merlin is said to have a cruise speed of 120 mph (104 knots), has a fairly roomy cabin and offers an interesting set of possibilities including a four stroke engine, an electric propulsion option, and amphibious floats. Other options that may prove popular include glass instrument panel choices, autopilot, and a BRS emergency airframe parachute.

Come see Merlin PSA at Sebring and talk to Chip.

As they did last year, the local EAA chapter will host a dinner on Friday evening (22nd) and invites Sebring attendees or exhibitors to come help support their efforts.

In recent years, Chapter 1240 has entertained guests with a dinner served by high school students who benefit from the work of the EAA group to interest them in aviation. This year’s guest speaker will be J.J. Frey, a float flying expert who offers a book called (logically) “How to Fly Floats.” Copies will be available for budding seaplane pilots for only $10.

The student-focused group is led by local aerospace teacher John Rousch and has attracted funding for their hangar from aviation philanthropist James Ray. Ray helped with construction costs for a 60 x 70-foot structure on the Sebring airport. The hangar has classrooms and other facilities to help students learn aircraft restoration. Flight training scholarships are also offered.

The event is a fund raiser to benefit their work with the students, so dinner is $50 or you can sponsor a table of eight for $500 and bring friends or customers. The meal is not your usual mystery-meat but has previously featured some rather fine dining on fare such as Cornish Hen, red potatoes, grilled vegetables, salad, beverages, and dessert prepared by local culinary experts. Help a good cause and enjoy an excellent meal.