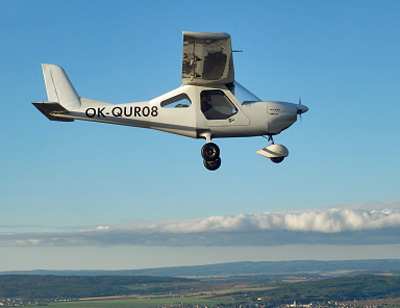 The original TechPro Merlin soon to emerge with a new purpose … as a Personal Sport Aircraft. 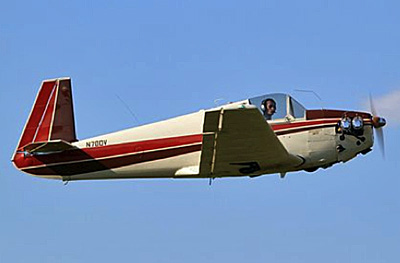 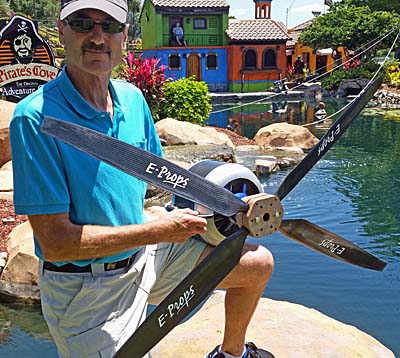 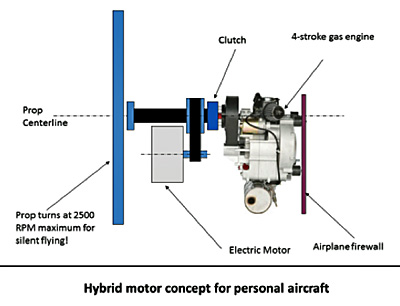 The following article is a guest editorial by Chip Erwin, a name many rightfully associate with the highly successful SportCruiser LSA. A restless entrepreneur, Chip has been working behind the curtain for several years. He emerged with the Zigolo and is now proposing a fresh name for a segment that seems to have energy behind it. I have reported on England’s new SSDR 300 category and I have observed the rejuvenation of Part 103 vehicles. So, on our recent travels to China, I encouraged Chip to express what he has in mind.

Article Update 6/15/15 — At the end of this article see our video shot at Sun ‘n Fun 2015 regarding Chip’s electric motor and plans.

Is “affordable aircraft” an oxymoron? For most people, probably yes. One answer could be a class of aircraft I like to refer to as a PSA, or Personal Sport Aircraft.

Personal Sport Aircraft can describe a renewed interest in single place aircraft. These are priced far less than LSA but are not confined by the limitations of Part 103 ultralights. So what describes a PSA? Following are some worthy attributes:

Price target between $32,000 and $45,000 *
Powered by a 4-stroke aircraft engine or by electric propulsion
Can be flown with Sport Pilot license without a medical
Fully enclosed and conventional aircraft style and construction
Good performance and handling: cruise about 100 mph; slow stall
Responsive handling and intended for day VFR operation
Appealing appearance
* not much more than a Harley-Davidson or Honda Goldwing motorcycle; affordable for many

I should point out that a PSA by my definition and by cost constraints is necessarily a single-seat aircraft. Two-seat aircraft would put us right back into LSA where the engine alone costs $20,000 contributing to higher finished aircraft cost.

If someone did a study I think they would find out that the vast majority of recreational flights last around 45 minutes and are commonly flown solo so maybe having only one seat is not a bad trade-off to save six figures.

Also, honestly, if another study was done, many “significant others” would be silently relieved that they would not be able to go flying with their spouses’ new toy.

Consider Mooney’s Mite — The Mite was designed by Al Mooney and was intended as a personal airplane marketed to fighter pilots returning from World War II. However, it was priced 20% higher than most of the two-seat competitors at the time. Had it been priced significantly lower than the two seaters it may have been a greater success. Nonetheless, Mite enjoyed a production run of 283 units, very respectable in today’s market.

A few aircraft might presently fit this new PSA class but they fail in some criteria. Many use two-stroke engines, are dated designs or construction, are unattractive to many pilots, or are too expensive.

Chip observes that for a variety of reasons modern LSA, while impressive small aircraft, have become too expensive for many limiting their appeal. —DJ

Truly affordable aircraft can be found in Part 103 ultralights but fine as some of these are, their appeal is also limited, for example, most are open cockpit designs. A void in the availability of a dependable 40-60 horsepower four-stroke aircraft engine may be one reason we see few PSA. Some development of new four-stroke engines is occurring but the ones I’ve examined are heavier and provide less power than popular two-stroke engines.

How about electric power? — What works with electric propulsion today are low drag, lightweight aircraft that do not require much power to fly. A PSA is nearly perfect in definition. Heavier two-seat aircraft cannot offer the endurance, instilling “range anxiety,” and are still too expensive. Until battery energy capacity increases significantly electric power may be limited to PSA.

My personal experience with electric power shows it can be ideal if:

I have been researching electric power, a technology with huge potential, and I believe a PSA is the perfect place to start. A new electric motor I am developing is designed specifically for aircraft use meaning it has high torque, low RPM, light weight and high reliability.

Concurrently a new battery system I am creating has one of the highest Lithium Polymer (LiPo) power densities commercially available and is integrated with the motor, controller, and battery management system to provide safe, reliable operation.

Electric power can work well using a PSA with today’s technology. If properly designed, it should provide an endurance of more than one hour. Those who want to fly farther and faster could couple the electric motor with a small four-stroke aircraft engine for a viable hybrid.

FAA is pondering a regulatory approach to electric propulsion but Experimental Amateur Built rules allow customers to build whatever they want. With a simple design and modern construction methods of matched-hole and jig-less assembly build time can be measured in weeks not years.

Britain’s CAA published a revised SSDR (Single-Seat Deregulated) rule that allows the sale of a finished single seat aircraft up to 315 kilograms (693 pounds) gross weight when equipped with an airframe parachute and a reasonable maximum stall speed of 35 knots (40 mph). This is a perfect PSA rule which I hope will spread to other countries.

Contact Chip about his new aircraft through his business, Aeromarine LSA.

Added 6/15/15: See our new video about Chip’s electric motor, its innovative battery arrangement, pricing, and plans to finish the development.