A good friend in aviation journalism and Editor-in-Chief of Plane & Pilot magazine is Robert Goyer. We’ve known each long enough to have stood around years ago at South Lakeland Airpark waiting to fly this or that new ultralight. 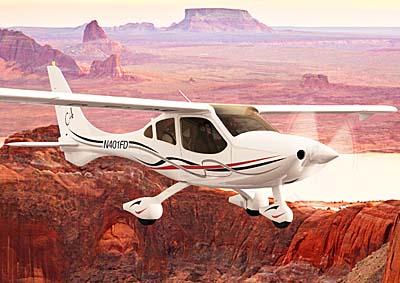 In his Going Direct column earlier this month, Robert wrote an editorial about FAA’s Part 23 rewrite project. Using an LSA viewpoint, I wanted to add some commentary to his observations. My goal here is twofold: (1) Show how success with LSA led to good things for other aircraft sectors, and (2) Show how LSA continue to significantly outpace sales of Type Certified Single Engine Piston aircraft.

Robert wrote, “The FAA announced earlier this week that the Part 23 Rewrite has taken effect. This means that the rule, which gives manufacturers leeway to employ what are known as consensus standards to meet airworthiness standards instead of the FAA’s prescriptive rules. Those rules have been set in stone for decades [but the new regulation] will allow makers of planes that are sub-250-knot models to use industry standards. The effect will likely be a far cheaper certification process for these aircraft makers, hopefully without any decrease in safety.”

My comment — For several years, industry with FAA participation has been working on standards to certify new GA planes. These people are using the significant success of Light-Sport Aircraft following this method. LSA accident rates are, to use FAA’s preferred term, “acceptable” — which is fairly high praise from the agency. 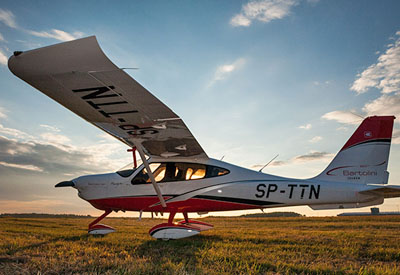 Tecnam‘s P2010 has FAA approval and are being sold in the USA and around the globe.

Those standards, devised by industry engineers and interested private parties, have proven very solid in assuring good, reliable, airworthy aircraft. They are also credited with keeping LSA below $200,000 (with two exceptions that I know) and often under $100,000. Prices that low are far back in GA’s rear-view mirror. Some folks complain about LSA prices but the most expensive of them are much less than the lowest priced Type Certified single engine piston GA airplanes.

Perhaps most importantly, these standards are not just for the USA. They are being used by a growing number of countries. This is vastly cheaper for LSA manufacturers than going country-by-country to gain approval. That gives those builders a larger, almost-global market, which keeps them afloat and helps them keep their prices more affordable, which is good for LSA buyers anywhere.

Robert wrote, “Existing models of new planes aren’t selling fast because there are only so many people with the financial ability to pay for a half- or three-quarter-million-dollar plane.” He summarizes saying, “I don’t see anything in the new rule that will cut down on the expenses [of] engines, props, tires, electronics, wiring, paint, upholstery, plastics… All of those costs will be unaffected by the rule, so that won’t affect the bottom line. The thing that will affect the cost of producing new planes is the lower cost of compliance, which represents a sizable chunk of the whole, though how much is hard to say.”

My comment — When I heard the price tag for a single engine, fixed gear Cirrus almost hit $1 million — for an admittedly superbly-equipped aircraft — I realized our LSA prices from $39,000 to $247,000 were much closer to the budget of most pilots I know. I’m amazed how Cirrus keeps selling so many airplanes but it is not their lesser priced models bringing their success. A new Cessna 172 Skyhawk costs more than $400,000, and while a Maule is much less, LSA is still the place where bargains on new airplanes are found.

Further, LSA are commonly equipped with instruments you rarely find in any used GA airplanes. The average age GA plane — some 40 years old — has no digital instruments, no autopilot, and no airframe parachute. They use 1950s-era engines that burn only avgas at the rate of 8-20 gallons an hour. Contrarily, nearly all LSA have flat screens or one sort or another and they fly nearly as fast as a C-172 on half the fuel, which can be auto gas for around half the price per gallon. Even ADS-B Out gear is fairly common in LSA whereas in GA, most have still not so equipped even with the deadline looming. 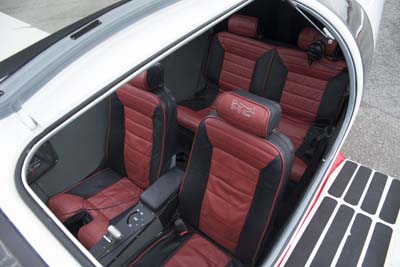 Interior of The Airplane Factory‘s Sling 4. It flies using a Rotax 914 Turbo.

Robert concluded, “Why can’t a new four-seater come out built with new materials, utilizing innovative un-certified avionics, and perhaps a whole-airplane recovery parachute system? In essence, for small planes, Part 23 could be very much like Light Sport’s big brother. And by looking at LSA sales, we know pretty much how much those planes will cost: A four seater using these innovative certification and design approaches will cost $250,000 and up. That’s not cheap, but it’s a lot less than many traditionally certificated planes are going for today. Don’t misunderstand me. I hope that I’m wrong, that a slew of new manufacturers arises, putting out cutting-edge models that will go for $150,000 a copy or less. If that happens, we could see a change in the little airplane game yet, with lots of new, lower cost models. That’s a change we’d all like to see. Fingers crossed. 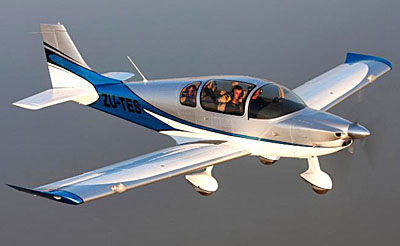 Sling 4 is rare among four seaters to use Rotax power, but it works very well.

My comment — “Light Sport’s big brother” …indeed. A few of these might be called “LSA 4” or “Light GA” airplanes but four seaters as seen in the nearby photos are basically enlarged versions of a LSA design. I think Robert is right about the price estimate and we’ll see how that unfolds. Certainly, though FAA’s rewrite of Part 23 should help four seater sales.

I’ll close by showing our Global LSA Chart for the number of LSA operating. With annoying regularity, some underinformed people tell me they hear LSA sales are stagnating. While they are only steady in the USA (not that “steady” is a curse), you get an incomplete picture unless you include the whole world. See this article for details, but here’s two important facts:

For those intrigued by the numbers here’s another article on worldwide aviation statistics.

* “LSA-like” is a term describing aircraft that very much resemble America’s LSA but may not be called that because each country has its own definitions.