Update Notice — The following article has been updated to reflect additional information. Please read at this link. 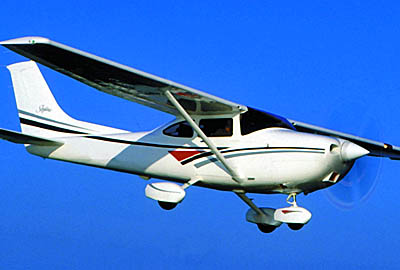 Thanks to a solid effort by GAMA, the General Aviation Manufacturers Association, I have data that can be used to assess the numbers of recreational aircraft around the world. That organization is significantly focused on business aircraft but did include all levels of aircraft in their country-by-country review. Whatever the actual level of accuracy — GAMA is wholly dependent on the data the organization received from various CAAs in each country — GAMA’s data is some very useful info and I am in their debt for the information discussed in this review.

In addition to GAMA having to use whatever each country reported, the methods of reporting were not consistent. For one noteworthy example, several countries listed as their smallest aircraft those weighing 5,700 kilograms (12,540 pounds), which represents far larger aircraft than your typical four-seat GA aircraft and certainly any recreational aircraft. Many European countries listed “microlights” or “ultralights,” two common descriptions for aircraft that commonly look like Light-Sport Aircraft do in America. However, Germany, home to many microlights or ultralights, oddly did not report this category. The Czech Republic, home to many LSA producers, was also not reported. Therefore, it’s probably wise to consider my following analysis with a degree of caution.

Regardless of its reliability, this is the best compendium I’ve seen so thanks again to our friends at GAMA. 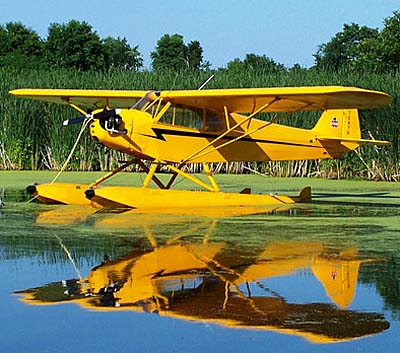 To provide some perspective, let’s look at certified GA aircraft first. From its peak in 1978, U.S.-manufactured GA deliveries have fallen dramatically, by 93% from 14,398 single engine piston aircraft in 1978 to 986 in 2014. Fortunately, since 2000 the continuing drop is less severe, for example in 2006, worldwide GAMA members reported delivering a new millennia peak of 2,513 aircraft; the decline to 986 is a drop of 61%. The ’60s and ’70s were clearly the “golden era” for GA piston airplane production. Accounting for this drop, beside pilot population decreases (see below) and airplanes lasting so long — the average age of four seater is 38.2 years old — most competition likely came from non-flying activities. Among aircraft choices, Experimentals in the last two decades have grown 143% to nearly 25,000 aircraft. LSA in fully built or kit form add to GA’s competition although much less so partly as Experimentals have been around much longer.

Overall, the overall GA fleet has held reasonably steady despite the references above, declining from a peak of piston airplanes in FAA’s registry of 197,442 in 1984 to 137,655 in 2013, a drop of about 30%. When you add kit-built aircraft and LSA, the total fleet numbers look relatively stable.

In geographic location of that U.S. aircraft fleet the conventional knowledge about the biggest three states still holds, with California having 26,141 aircraft registered, followed by Texas at 22,851, trailed by Florida at 18,162. The next closest state (Washington) has barely half the Florida count … but see below for where pilots live. 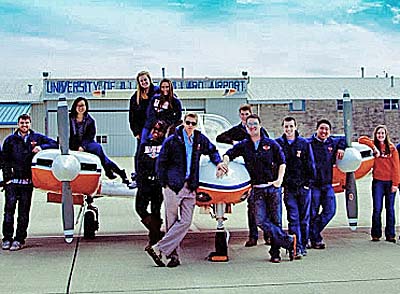 The number of airmen — pilots with certificates — explains some of the aircraft delivery decreases. From a peak in GAMA’s numbers of 827,071 licensed pilots in 1980 to the current number of 593,499, I calculate a drop of 28% over 34 years. Keep in mind that nearly 47,000 of those airmen are not Americans but foreign nationals holding a U.S. certificate. Private Pilots have dropped by 51%, but many of those probably went on to higher ratings as ATPs grew by 120% in the same period to account for 26% of all certificate holders. No doubt related to that, CFIs grew by 67% to become 17% of all certificate holders and pilots with Instrument ratings also increased by 18%. Those holding a Spot Pilot certificate now totals 5,157, reported GAMA, while Recreational Pilot peaked at 343 in 1999 and has since shrunk to only 220 certificates. Neither of the last two amount to even 1% of all license holders though the other certificate categories have several decades of history the newer ones lack.

You might lament the Sport Pilot certificate numbers. Certainly, many in the GA world thought Sport Pilot was single-handedly going to grow the pilot population a lot more. While I do not believe that was ever a realistic expectation, here’s some good news.

Most pilots I know think the pilot population is graying quickly and that we may be in danger of running out of pilots. GAMA’s stats say otherwise. The biggest single category may be what you expect with those aged 50-64 counting 179,277 pilots but the surprising second largest segment is close behind. Those aged a young 20-35 years old number 173,396 pilots. The 35-50 cohort is much smaller, perhaps as they are busy raising families and paying for mortgages and college eductions for their kids.

Now let’s look at LSA-type aircraft elsewhere in the world. I have reported that the rest of world accounts for large numbers of “sport” or “light” airplanes, much more than the USA. This is definitely not the case in the certified GA aircraft world where America dominates. As mentioned above, the method of counting is all over the place — and in saying that I mean no disrespect to GAMA’s Herculean effort nor the stats provided by reporting national CAAs. Nonetheless the variable reporting methods makes it difficult to come up with exact numbers. I plodded through chart after chart and here’s my analysis. 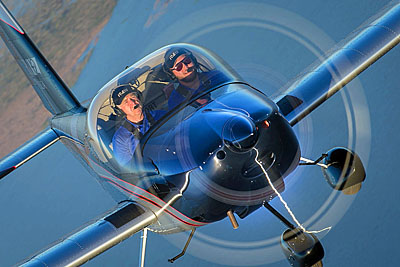 Where I could identify microlights, ultralights, or LSA types, I calculated 19,613 aircraft in what might be called “greater Europe” (mostly EU countries). Making an informed guess of at least 4,000 “microlight/ultralight” for Germany — which country, as noted above, did not supply a detailed value for this category — and adding non-European countries such as South Africa (6,072 including “Sport, Recreational, and Experimental”), Canada (7,125 “ultralights”), and Brazil plus Asian countries (small counts for several nations), I make a best estimate of about 40,000 LSA-type aircraft outside the USA. This figure includes estimates for Sweden and Switzerland that did not break out their reporting. Also included in the 40,000 count is England with strong numbers of 4,029 “microlights” and 3,269 “Fixed Wing Aeroplanes of less than 750 kilograms” (1,650 pounds). See updated figures in this newer article.

SPECIAL NOTES: France is singular reporting 8,476 “ultralights” (counted in the 19,613 number), the most of any country, while Germany deserves separate mention for having 7,657 sailplanes plus 3,357 motorgliders — more than any other country in the world by far — though they are not LSA types.

In summation, my earlier reporting suggests that while certified aircraft and the pilot population are in a long-term decline (a fairly well-known assessment), sport and recreational aircraft, including kit-built, continue to expand. Given entry by emerging aviation countries like China and India with their immense populations, the expected increase of the light, sport segment looks to remain aviation’s growth sector. Then, we have the developing LSA 4.0 group, but that’s another story …