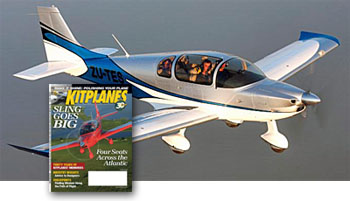 The Airplane Factory is flying the Sling 4. 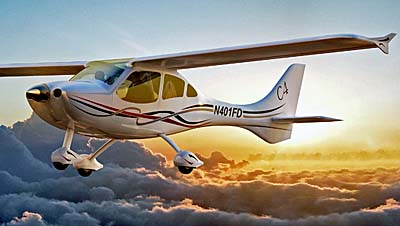 Flight Design will fly its C4 this summer. 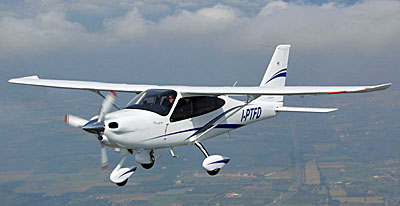 Tecnam is progressing fast with the P2010; it has been flying for months. 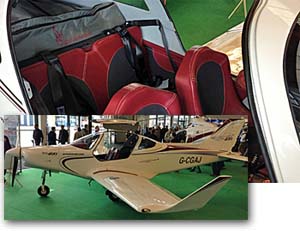 Alpi Aviation offered their Century 400 with retractable gear at Aero 2014. 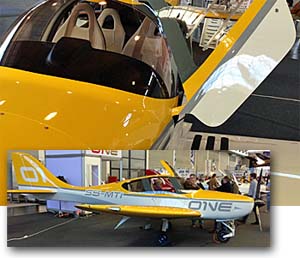 Slovenia’sC2P company showed their handsome One Aircraft creation at Aero.

Something of a stealth invasion is beginning. I refer to an emerging flock of four seat Light-Sport Aircraft. Of course, most readers are aware that no such birds exist as LSA (in the FAA’s code, anyway). By U.S. regulation Light-Sport are two seat aircraft. Other nations have some different ideas. For now, suffice it to say the “LSA 4s” — as I choose to call them for this article — are on final. In the past I’ve written about Evektor’s Cobra, one of the first in this group, arriving so early that you probably would not call it a “LSA-like” airplane. The southern Czech company enjoyed success with their SportStar and Harmony, smaller siblings to a four seater they flew several years ago. After Evektor (coincidentally also the very first LSA to be approved), we began to hear about Flight Design’s C4 modeled on their LSA market-leading CT series. Another was the Tecnam P2010 that looks like their gorgeous P2008 LSA grew up a bit. Tecnam is flying their P2010 and Flight Design expects to fly their C4 before AirVenture 2014. Similarly, Pipistrel is flying their Panthera.

Those four well known LSA producers are not alone. Another you know is the Sling LSA, a sharp two seater from South African producer The Airplane Factory. However, this fairly new company (whose principals have a long history under other names) has also flown their four seat Sling 4 not just around the test area but around the entire globe (see video at end). Recently The Airplane Factory USA announced the arrival of the first Sling 4 kits, earning them the cover of Kitplanes magazine. “That’s likely not the end of this developing story. Among American builders, one wonders with the success of the RV-12 (hundreds of kits already underway and a growing number of fully-built SLSA versions following), could Van’s Aircraft consider making the RV-10 four seater under the new industry consensus method? They certainly could; it seems only a question of will and financing.

The emergence of these four seaters may be made enormously more practical by the creation of industry consensus standards for FAA Type Certified airplanes. The effort is aimed at reducing the cost of complying with government certification. This topic is pretty dull reading, I realize, but the pocketbook implications are immense. Do you wonder why the one-time $130,000 Cirrus SR20 four seater now can run well over $800,000 (albeit as a sophisticated, turbocharged five-seater in deluxe form)? To understand, you need look no further than the “$8,000 angle of attack indicator.” This poster child instrument was held up by GAMA as the reason Part 23 aircraft development is so ponderous; any change to a Type Certified aircraft means lots of new expense … so the aircraft improve slower than technology evolves. GAMA’s pushing highlighted the problem to FAA and the agency responding by adopting a new mantra: “Twice the safety at half the cost.” An AoA cost $8 grand in a GA aircraft while it is only $800 in an Experimental, said GAMA. They may not have known an AoA costs only about $200 in a Light-Sport. New ideas about upgraded instrument panels were part of Flight Design‘s C4 announcements: they’ll use a mix of TSO-approved instruments and non-TSO. This and more is possible under the new ASTM F44 industry consensus standards being prepared. This work is well underway; aircraft could be flying under these new rules in a few years.

Behind the regulatory or consensus standards curtain more important things are happening. Some of these four seaters will be built in the USA. It’s true. The light aviation industry may be “importing” (more accurately, preserving U.S.) jobs in contrast to what the media yelps about all the time … “We’re exporting jobs overseas!” is a common lament of journalists and politicians. So, Tecnam made a splash at Sun ‘n Fun 2014 with their announcement of a large new facility at the Sebring, Florida airport. They stated plans to be considering manufacturing at this facility. Flight Design told journalists at press conferences that they plan to assemble and eventually fully build their C4 (and CTLS Light-Sport) in Vermont. Recently I learned that The Airplane Factory is studying possible U.S. production, although at present the Sling 4 is available only as a kit. I am also aware of a couple other LSA designs that have four seat potential as an essential design element. That’s nothing new as the Jabiru J230 LSA is essentially a four seat model with the rear seats removed and the Paradise P1 is presently a four seater in Brazil formerly sold in the USA as a roomy two seat LSA. While we wait on the FAA-certifiable four seaters, Europe is already building some 2+2 models with compact rear seats (photos).

Does this article mean ByDanJohnson.com is going to start covering four seat aircraft? Well, no and yes. No, in the sense that we remain fully focused on Light-Sport, light kits, and ultralights. Yet as these “LSA 4s” begin to hit the market, yes, I fully intend to keep a close eye on them. One good reason is that companies like Evektor, Flight Design, Tecnam, Pipistrel, and The Airplane Factory can become more solid businesses with a full line of aircraft. All have confirmed they plan to continue making LSA but their enterprise will be better able to support LSA buyers if their overall business is on more solid footing. At the ten year anniversary of LSA, with a building wave of some very impressive LSA seaplanes and more land planes, yet while single seat ultralight vehicles are also finding a more secure niche, we have still another front headed our way. We’ll work to keep you informed about LSA 4s as they develop.

TAF main man Mike Blythe and his partners are exemplary long distance pilots and entertaining film makers. You may enjoying watching this report on their circumnavigation flight.