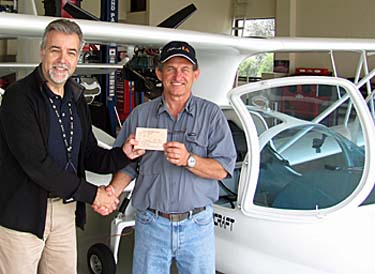 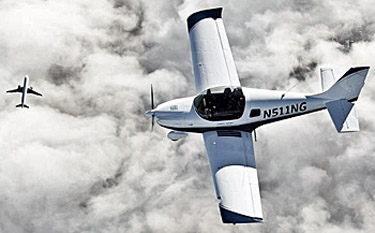 Slings and airliners are all headed to Sun ‘n Fun 2014. 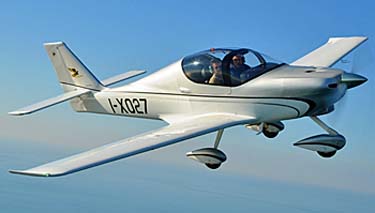 Super Petrel LS from Edra Aeronautica — As described in our earlier article, Edra Aeronautica was nearly done with their acceptance by FAA to be able to sell their handsome biwing Super Petrel LS in the U.S. as a Special (fully manufactured) Light-Sport Aircraft. The “almost” is gone now and Daytona Beach, Florida-based importer Brian Boucher of Florida Light Sport Aviation has the pink Special Airworthiness card in his LSA to prove it (photo). Brian’s business also represents the Flight Design CTLSi, so he has two distinctive Light-Sport models he can demonstrate. Florida Light Sport Aviation is based at the Spruce Creek Fly-in (just like ByDanJohnson.com!); he and wife Jean will be at Sun ‘n Fun in space LP-38 past the LSA Mall in Paradise City. Another Super Petrel LS will be available for examination in the LSA Mall as will his CTLSi. Brian is an airline pilot but enjoys Light-Sport Aircraft when he isn’t jetting around the globe.

Sling from The Airplane Factory — The boys from The Airplane Factory USA are en route from Southern California in the Sling LSA, making one of the longest treks of all exhibitors in America. While a long flight, you may remember this is the airplane that developer Mike Blyth and partner James Pitman flew around the world shortly after finishing it. Principal Matt Litnaitzky and associate Ryan Ruel report that Sling has taken off around the USA in the last year thanks to positive press in aviation media. “Sling 2 kit sales are also on the increase,” they noted. “We also have orders for the first several Sling 4 [four seat] kits, which will be delivered to customers in the next couple of months.” Ready-to-fly Sling SLSA models are also selling. “We are very excited to be bringing the Sling to Florida for the second year in a row. We’ll be located in … Paradise City, and available for demo flights all day, every day. Come see us in our booth, LP-29, to check out the airplane and go for a ride.” Sling’s space is just past the LSA Mall and near the Super Petrel LS. Since Matt also supplies MGL Avionics, you can check out these advanced instruments in their Sling when you visit.

Tecnam’s Astore U.S. Debut — I got to see it last year at the German Aero show, but now the newest model from LSA giant Tecnam will make its American debut. It was not flying at Aero (though it has now), however, I did get inside to find it a sophisticated and exceptionally roomy LSA; fellows much taller than me should fit well. Astore is the company’s second low wing model after Sierra with such innovations such as an Apple iPad® mini supplied with each aircraft as standard. The Levil G Mini, using its WiFi connection, provides a full Primary Flight Display on the iPad® mini using compatible third party applications such as Air Navigation Pro or similar. Additionally, the pre-installed dedicated app will compute the actual Weight and Balance, provide checklists, and include all the Pilot Operating Handbook sections. Tecnam will have a collection of their LSA models and more at their MD-21 space at Sun ‘n Fun plus one model can also be seen and demo flown from the LSA Mall in Paradise City (Astore is planned for a couple days of demo flying as well).