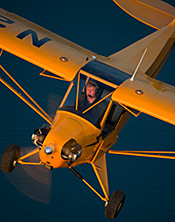 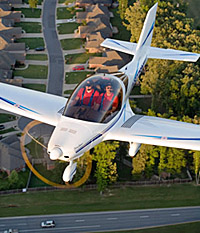 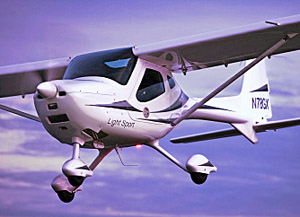 It’s a great thing when a plan comes together. Consider an extension of the LSA Tour that debuted after Sebring 2011. Then, five or six brands flew around to a half dozen Florida airports and showed their LSA to groups of varying sizes. It was a first attempt, planned rather late without sufficient time to promote. *** The next tour is also working to pull itself together but the group has plans including summer tours, a website and more. The concept definitely works and here’s a fact: Most pilots don’t attend all the airshows. So why not bring the show where the people are? *** The Florida LSA Tour that took place the week after Sebring was principally organized by Bill Canino and Dave Graham. Bill’s early logic was, “We’re in Florida already and we have to fly home through the state after Sebring ends. Since everyone can’t come to Sebring, we thought we’d take the show to them.” *** The idea, involving several competitors working cooperatively, proved to be a success in the way that matters most to sellers and buyers: airplanes sold. Several orders were taken according to comments from various reps. It makes sense to me and to many others. We saw an early example of this “small show” concept with the EAA Sport Pilot Tour of 2005 and 2006. That 13-show series also sold airplanes. *** The post-Sun ‘n Fun Tour is still being finalized but plans stops in Savannah GA, Greenville SC, and two airports around Atlanta GA. I’ll have more here when the details are released. • • • Before Sun ‘n Fun Remos is hosting an owners fly-in at Florida’s Sebastian Municipal Airport (X26). On Monday, March 28 between 10 AM and 3 PM, Remos will host an open house at its new national sales and marketing office. They’ll offer tours of the facilities, discussions about aircraft maintenance, a chance to fly the Remos Flight Training Simulator, free lunch, and, for those who arrive in a Remos, a free top off of their fuel tank. *** “The idea is to have a social event where we can treat our customers royally,” said Earle Boyter, Vice President of Marketing and Sales. He also listed discussions about a Remos owners’ group being organized by fellow owner, Don Thomsen. *** Like many top aircraft, Sun ‘n Fun attendees can find a Remos on display in the LSA Mall with easy directions to their main exhibit. The LSA Mall is just inside the main Sun ‘n Fun 2011 entrance.