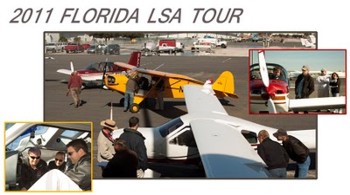 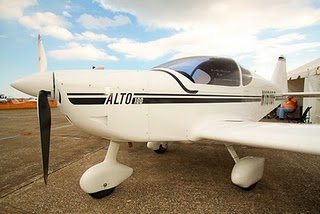 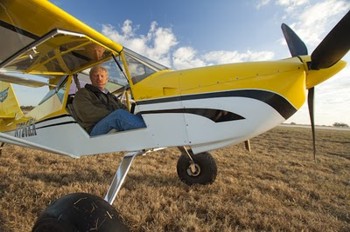 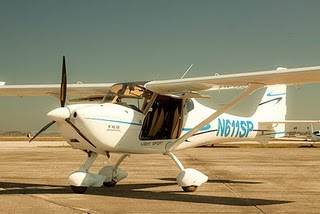 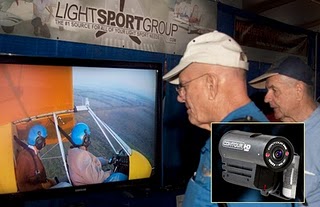 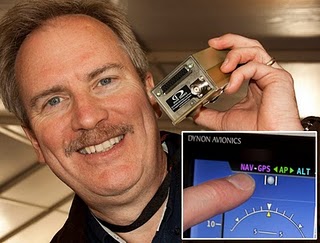 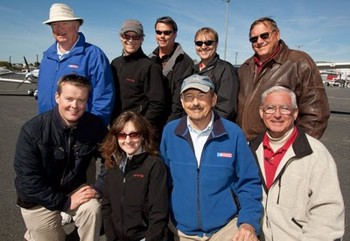 I’d call this Day 4 but rush-deadline work for the mag intervened after the last day at Sebring so just getting to it now. *** The Sebring experience gets better every year, I believe precisely because Bob Woods keeps it consistently valuable without tricking it up with a lot of extraneous booths selling things like Miracle Kitchen Knife or iPhone WonderMuffin Pocket Baker and the like: it’s an LSAshow, pure and simple, and a great opportunity for folks to crawl out from wherever winter is tap-dancing on their heads and let them see, compare, fly and even buy aircraft and peripheral stuff.Many airframe makers reported sales at the show, or expected deals to close afterward. Exhibitors hope for sales of course, but realize folks often need to go home, reflect on what they’ve seen, then push the button or think more on it. *** I’d say from everybody I talked to, optimism was rekindled that 2011 will be better than the last — a real toughie. *** Let’s wrap up my highlights, then look at the 2011 Florida LSA Tour that launched right after Sebring. *** Alto 100: Last year, Ron Corbi and Dan Coffey vowed to bring an Americanized, more affordable SLSA to our shores and did just that with this retooled Czech design, newly SLSA certified. Their “pre-emptive maintenance” approach looks to eliminate those features that most tend to wear out in LSA. American-made Matco wheels and brakes, bucked rivets instead of pop rivets in high-stress areas and so on. The Alto features a Vertical Power electronic electrical system, Approach Hub avionics wiring and a Dynon SkyView glass panel, all for under $100,000, should attract attention. It’s a cute airplane too. *** Kitfox Super Sport: Owner John McBean and Paul Leadabrand, owner of a top taildragger school in Idaho called Stick and Rudder Aviation, brought Paul’s Kitfox to the show. I had the pleasure of flying it with John the day after the show. What a refined and highly evolved sport plane this much-copied design has become in the 19 years since I built the first iteration of it. Smooth, responsive, great visibility, available as a kit too: and most important, really fun to fly. Big baggage compartment (or optional airframe ‘chute-ready). Base price: $83,495.*** FK9 ELA: Finally got to fly this handsome, comfortable cruiser from FK Lightplane, a refined fifth generation version of the European-popular carbon fiber airplane repped in the U.S. by Hansen Air Group. New is the redesigned engine cowl (reminiscent of the LoPresti speed mod on Piper Aircraft some years back) for the Rotax 912 ULS, which reduces drag yet improves cooling. Nice! New winglets reduce fuel burn and improve stall handling for U.S. LSA requirements. Folding wings, wing or fuselage fuel tanks. *** Hardware Dep’t: A couple more cool gadgets to talk about:Light Sport Group’s Contour A/V-ator HD GPS Camcorder has really caught on with flight schools and others looking to document their flights on High Def video. Now the light-weight, 1080P cam has GPS tracking ability: speed, altitude and position data encode along with the video and audio. Software included lets users play back, edit and share videos online. Data ports over easily to apps such as Google Earth. Price: under $600.And Dynon’s SkyView big, multi-talented glass panel keeps evolving. Marketing veep Robert Hamilton updated me on two new features: autopilot and transponder. For example, just tap VFR in transponder mode for the 1200 squawk code. Manual code input is a snap, too. The Dynon transponder sending unit weighs just a pound: easy to put anywhere. Dynon will also soon release a new worldwide Jeppesen-sourced navigation database. *** The Florida LSA Tour: Take five top manufacturers to six Florida cities and you’ve got the gist of this clever and, we can hope, effective marketing effort. Cooked up by Bill Canino of SportairUSA and American Legend’s Dave Graham, (formerly with Gobosh), the idea targets one of America’s busiest aviation states. On the tours: Legend’s Cub, Flight Design’s CTLS, Sportair’s Sting S3 and Sirius, the Rans S-19, and Jabiru’s J-230 joined the tour’s itinerary to Naples, Miami, Orlando, Spruce Creek, Leeward Air Ranch and Tallahassee. *** If successful, tours like this could fill the gap until the LSA infrastructure reaches more fully across the country.  *** I caught up with the gang at Orlando’s Executive Airport.  Air Orlando hosted an outdoor barbecue, much appreciated. Attendance was decent, and made up of serious potential customers, which is the whole point. *** Telling anecdote: I spoke with a Cirrus SR-22 owner who was looking at every LSA present. *** “I’m really impressed with the quality of these LSA,” said the mid-40s software engineer. “Once my teens are out of school, I’ll probably buy one for my wife and me to take trips in. I didn’t realize how well-built these airplanes are.” *** Sebring is done: Long live Sebring! *** And thanks again to Bob Woods and his terrific group of volunteers.