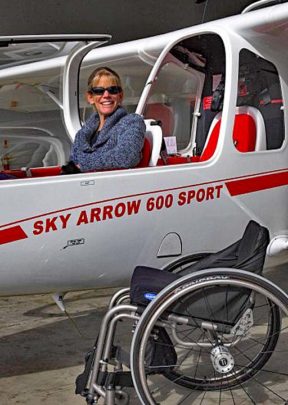 American are very gracious with their donations to good causes. Charitable giving in the USA exceeded $400 billion in 2018 alone. Even during uncertain times as the world currently find itself, Americans still prove surprisingly generous. It makes me proud.

I’ve joined in when it comes to Able Flight, having on several occasions given money to Able Flight. For a pilot, I cannot comprehend how a fellow aviator can ignore this worthy effort, lead by founder and main man Charles Stites. He has single-handedly generated funds from numerous donors, found Light-Sport Aircraft with hand controls, lead the effort to select wonderful scholarship winners, and donated so many of his own hours that I’ll bet he can’t even add them up …for sure, it’s a lot of time invested.

You have many, many great organizations you can support but this one, for pilots anyway, should hit very close to home. If you are so moved, go here to donate. Please consider helping.

Ten people from throughout the country have been selected as recipients of an Able Flight Scholarship for 2020. Eight will train at Able Flight’s program at Purdue University, one will earn a CFI certificate with his Career Training Scholarship, and one will become Able Flight’s first student to attend training late in 2020 at the Aerospace Center For Excellence in Lakeland, Florida. 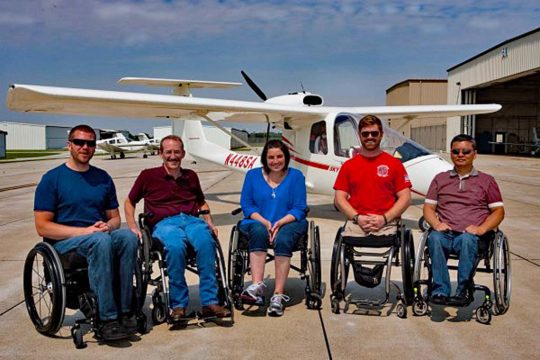 Able Flight scholarship recipients pose in front of their Sky Arrow at Purdue University in 2013.

Able Flight’s carefully-laid plans got upended along with the rest of society when the coronavirus panic hit.

Now Able Flight wrote, “Just a few months ago Able Flight awarded ten new scholarships for training in 2020. Though all ‘in-flight’ training is on hold as of late April 2020, we are pleased to report that all students are currently in ground school training through an online course generously provided by Sporty’s Pilot Shop.” 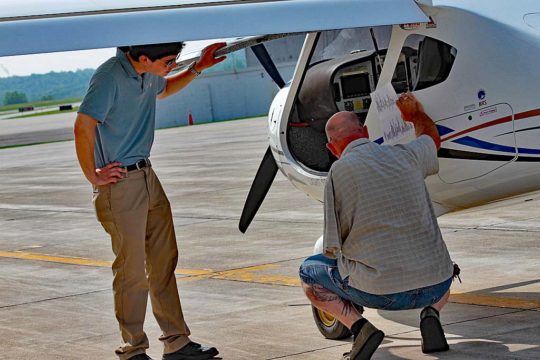 “In addition,” Charles continued, “scholarship recipients will soon be taking part in a live online classroom ground school program led by our lead flight instructor at Purdue, Lucero Duran. This will allow the students to complete training for the FAA Knowledge Test and take the exam this summer as previously scheduled.

We are exploring options to resume in-flight training at several locations as soon as safety and health conditions, and changes in governmental restrictions, allow.

And Now… This Year’s Winners!

Of the ten scholarship recipients, six use wheelchairs due to paralysis, one is deaf, one has a paralyzed arm, and two are amputees. Four are veterans; with one being wounded in combat and three becoming disabled due to injuries. 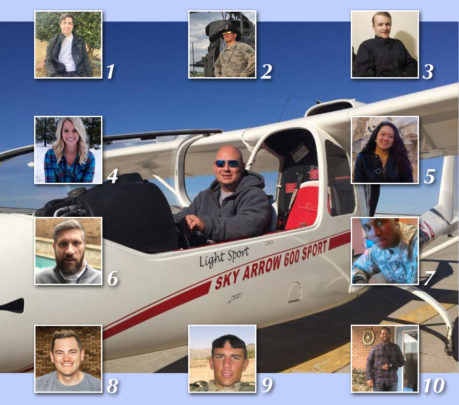 The members of the Able Flight “Class of 2020” are as follows (numbered according to photo, not in any order of importance):

Chris Murad (1) of Georgia. Chris recently graduated from Georgia Tech with an aerospace degree. He became paralyzed in 2016 when shot during a robbery as he was leaving work. Chris will train at Purdue University.

Joshua Martin (2) of Texas. Joshua is a graduate of West Point who trained and served as a Special Operations helicopter pilot before losing his lower left leg due to a motor vehicle accident in 2018. With his scholarship, Joshua will return to flying by earning his fixed-wing pilot certificate. Joshua will train at Purdue University.

Michael Price (3) of North Dakota. Michael is a graduate of Penn Foster University in Fargo, ND, and had his first flight as part of an introductory program in 1997. That same day he became paralyzed due to injuries from a car accident. Michael will train at Purdue University. 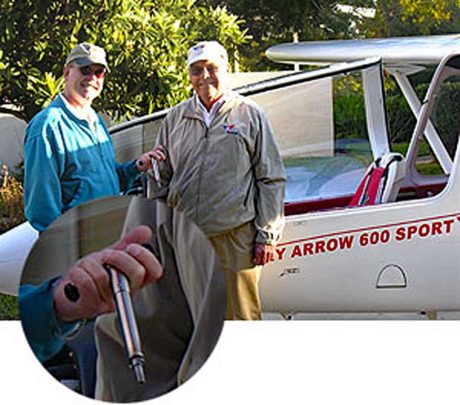 Jon Hansen gave me a chance to fly Sky Arrow with hand controls in 2007. Before he died in 2019, Jon was a longtime supporter of Able Flight. Here’s an article on his other donations.

Peyton Wolter (4) of Wisconsin. Peyton grew up active in a variety of outdoor sports and became paralyzed in late 2017 as a result of an injury sustained in a boating accident. Peyton will train at Purdue University.

Sheila Zhi Xu (5) of Nevada. Sheila is a graduate of MIT and has been both a participant in the Fulbright Scholarship Program and an intern at the NASA Jet Propulsion Laboratory. Shelia was born with profound hearing loss in both ears, and will train at Purdue University.

Jason Daugherty (6) of Georgia. Jason was first exposed to flying in the fifth grade through a course taught by a teacher who was a licensed pilot. His plans to become a pilot were halted in 2003 when he became paralyzed due to a car accident. Jason will train at Purdue University. 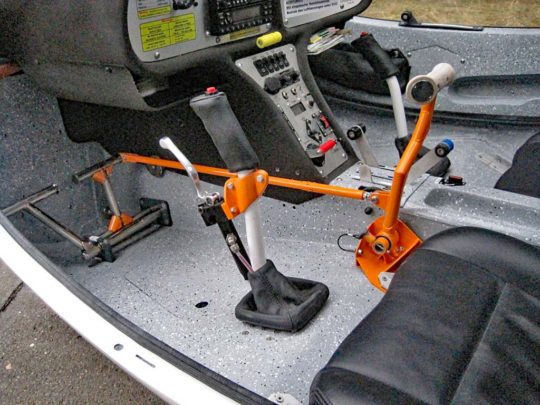 As have other LSA producers, Flight Design created hand controls, which they provided without charge.

T’angelo Magee (7) of Pennsylvania. T’angelo is a veteran of the U.S. Army with multiple combat deployments who became paralyzed due to injuries from a motorcycle accident. In 2019, he participated in the Able Flight program at Purdue where he both soloed and passed his written exam before an illness forced him to cut short his training. T’angelo will train at Purdue University.

Austin “Chance” Field (8) of Texas. Chance Field spent several summers working around planes at an FBO operated by his aunt and uncle before serving in the Navy. In 2006 he was paralyzed due to injuries from a motor vehicle accident. Austin will train at the Aerospace Center For Excellence in Lakeland, Florida. 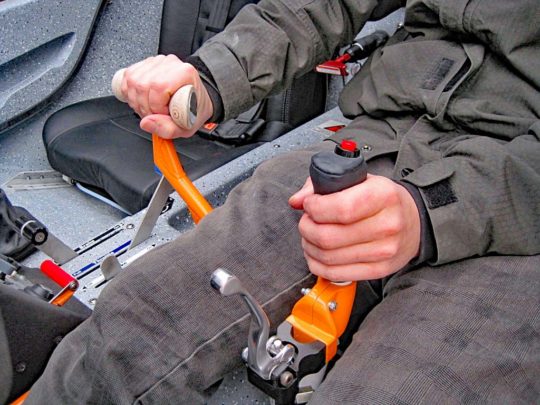 Steven Curry (9) of Virginia. Steven served in the U.S. Army in both Afghanistan and Iraq. His plans to secure a Warrant Officer training slot to become a helicopter pilot ended when injuries from an IED required the amputation of his left leg below the knee. Steven with train at Aviation Adventures in Virginia.

David Snypes, Jr. (10) of New York. David is a veteran of the U.S. Army having served from 2009 to 2016, including tours in Afghanistan. In 2016, he lost the use of his left arm due to injuries sustained in a motorcycle accident. David will train at Purdue University.

The preceding list is only for this year. Go here to see all the scholarship recipients.

Our interview with Charles Stites appears below but Able Flight has many inspirational videos to watch.