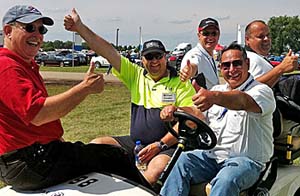 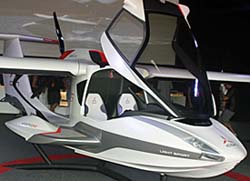 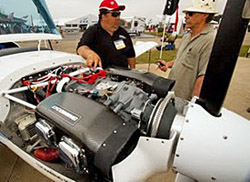 Lycoming found its way into more LSA, for example, this Renegade, on display at the Lycoming tent. photo by James Lawrence 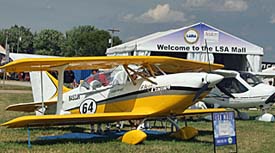 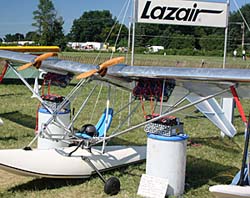 A 27-year-old Lazair went to all-electric power and drew large crowds to the Ultralight Area. photo by Jan Fridrich

Reports continue positively for results at AirVenture 2011… despite FAA’s partial shutdown, a media frenzy over the USA’s debt ceiling, a roller coaster ride in the stock markets, and a continuing bum housing market plus general uncertainty. If you can smile after all that, things must be improving. *** GAMA’s report of Type Certified aircraft deliveries for the first half of 2011 shows sales remain far below manufacturing capacity. Thanks significantly to Cessna’s hastened deliveries of Skycatcher, the LSA sector is surviving a bit better; of course, LSA sell many less units than GA and account for much smaller dollar volume. Here’s more evidence of improvement… •• Icon Aircraft announced they secured 143 delivery position sales ($286,000 raked in) at AirVenture for their sexy new A5, expected on the market perhaps by 2012. Icon generously donated 10% of the take to EAA Young Eagles program. •• Flight Design continues to log orders for its LSA but their new four seat C4 has now garnered nearly 100 delivery position orders (at $7,000 apiece). •• Based on conversations with reps of various brands since the show, I would guesstimate more than 30 LSA orders were secured at AirVenture (perhaps $300,000 of deposits for deliveries this year). That’s the best in recent memory for AirVenture sales. Sellers usually say every order taken at the show is matched by another in the weeks following. •• Lycoming engines has entered the LSA field with several manufacturers saying they will install the lightened O-233: Tecnam, Renegade, Kitfox, and FK Lightplanes. •• Meanwhile, Rotax announced they’d delivered their 40,000th 9-series aircraft engine and they had their biggest presence ever at AirVenture. (I’ll have another, fuller report on Rotax in the days ahead.) •• Companies like Pipistrel had their largest presence at AirVenture. Personnel are remaining in the USA as they prepare for NASA $1.6 million Green Flight Challenge. Pipistrel is a two-time winner of NASA money and you simply cannot ignore this eastern European company that created some of the sleekest designs in the business. •• The LSA Mall, hosted by LAMA, the Light Aircraft Manufacturers Association, had a strong event with good crowds who have become more familiar with the location (near the popular Forum buildings and on the way to the kit and warbird areas). Every space was spoken for nearly a month in advance, a change from the last two years when it took last minute scrambling to fill every space. *** Even AirVenture’s Ultralight Area, once almost written off for dead, produced sales. By my own observation, traffic was up and crowds were returning to the flight line fence for an up-close, in-the-air look at the lowest priced aircraft available. The electric Lazair alone generated huge buzz. *** In the non-airframe end of the industry, many inside exhibitors reported good sales. For example, Wicks Aircraft reported Dynon Avionics‘ new handheld radio [was] “flying out of the exhibit building. Sales were also brisk just about anything intended for aircraft panels,” added boss Scott Wick. *** All in all, a strong week in Oshkosh, Wisconsin!