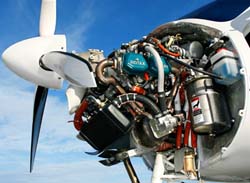 A Rotax 912S is installed on a popular LSA (cowling removed). 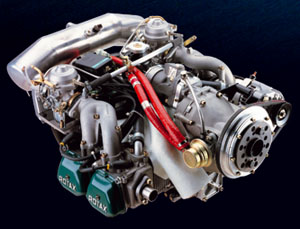 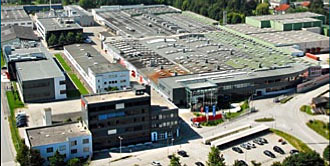 Rotax Aircraft Engines are manufactured in part of this large facility in Austria.

Let’s have a little quiz. Ready? Four powerplant brands serve the Light-Sport Aircraft industry (well, not including the engine developed by CubCrafters… that’s another story). Click to see them all. Most LSA use either Rotax Aircraft Engines, Continental, Jabiru, or Lycoming, with the popularity of these engines in roughly that order. *** So, here’s the quiz: Which one of these engine brands is not majority American owned? Stumped? Most of you probably guessed, “Well, only Continental and Lycoming are U.S.-owed engine companies. Buzz! Wrong. The answer: Only Jabiru remains majority owned by a non-American company. Sold successfully around the world and in the USA through Jabiru USA, this engine manufacturer is owned by Australians. All the others are majority U.S. owned. Yep, even Rotax. (For ease of communication, most people just say “Rotax,” but this major company stresses the full name is Bombardier Recreational Products Inc., (BRP) and its affiliated division, BRP-Powertrain manufacturing Rotax Aircraft Engines.) *** At a Sebring meeting of the SLSA Council — an EAA-assembled group composed of the largest five Light-Sport producers — Christian Mundigler, Sales Manager Powertrain Division, made a presentation that opened my eyes. Following a Sun ‘n Fun 2010 discussion with BRP Director of Communications Roland Larochelle to be sure I had my facts correct, I can confirm BRP is 50% owned by Bain Capital, headquartered in Boston, Massachusetts. Another 35% remains owned by the Canadian Bombardier family, and the last 15% is held by Caisse de depot et placement du Quebec, the largest pension fund in Canada. So, the largest share and the majority is American but Rotax Aircraft Engines are still manufactured in a sprawling plant in Austria (photo). *** Some folks still call Bombardier Inc., the owner/manufacturer of Rotax Aircraft Engines but that’s also wrong. In December 2003, the company was reorganized and today Rotax Aircraft Engines is part of BRP-Powertrain. Besides the much beloved LSA powerplants (which hold an estimated 72% U.S. market share) BRP also owns such celebrated brands as Sea-Doo, Ski-Doo/Lynx, Can-Am, and Evinrude/Johnson.