The EQP2 is an electric powered seaplane in development. art courtesy Equator Aircraft 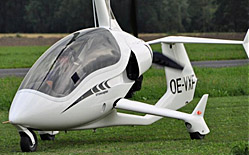 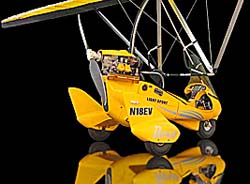 Even those who are not Apple fans agree the trend-setting California company’s focus on design beauty draws attention to their products. From their position near the back of the pack a dozen years ago, Apple has become the most valuable tech company in the world. Could this be due to their highly-refined sense of esthetics? More to the point of aviation enthusiasts, is artful design an ingredient in pleasing customers? *** I don’t know what all buyers are thinking but beauty has long enhanced the appeal of most consumer products. It seems the so-called niche aircraft producers have gotten this message perfectly well. Especially this is true for those products that have emerged since Light-Sport Aircraft burst upon the aviation scene. *** Creators of new LSA seaplane designs in particular seemed to have found the religion of design esthetics. Icon leads the pack with their stunning — and extremely well presented — A5. Hot on Icon’s tail (from a design standpoint though trailing far behind in orders taken) are the French Akoya and the Norwegian Equator, the latter an electric-powered aircraft still in development. *** In Europe, where gyroplanes seemed to have developed a high state of design prowess, several entries display art-book clean lines, smoothly integrating functional features into the overall design. In weight shift trikes, many solid designs exist but Florida’s Evolution Revo took the lead in hitting design notes with perfect pitch. *** Are these advanced creations necessary because they are specialty aircraft? Perhaps. If you represent a smaller share of the aviation pie, maybe you have to run while others can walk. Regardless of the motivation, it is clear from the accompanying photos that all these companies took industrial design to a new level. In my opinion, all these shown here (and more examples exist) have broken new ground. *** So we come back to the market aspect of truly impressive design. Does it sell airplanes? Are customers captured by the shapely lines of these aircraft? As all are relatively new, only time will tell us for certain. Yet Icon’s considerable success in garnering more than 700 delivery position orders is as significant as their ability to raise funds from investors. *** While I will not offer photos, the fixed wing aircraft crowd is hardly sluggish in handsome designs. The last three years have seen the debut of other beautiful aircraft including the FK Lightplanes LeMans that so captivated attendees of the German Aero show in 2011. Tecnam announced their sleek P2008 to American at Sebring 2010 after debuting the aircraft to Europeans a few months earlier. SeaMax is another seaplane with many design innovations complimented by smooth lines. You can never leave out such lovely birds such as the Phoenix motorglider with perhaps the most distinctive wings of any entry in the LSA space. European producer Pipistrel turns heads with their several designs that appear born of a sailplane background. Evektor’s Harmony looks great benefitting from a longtime effort of CANI (Continuous and Never-ending Improvement). The list goes on and if I tried to enumerate all of them, I’d surely miss some. *** The point is that in developing an amazing 123 new SLSA in just six and a half years, this newest-of-all aircraft sector is also paying close attention to the appeal of beautiful design. They may not profit as incredibly as has Apple Inc., but they surely inspire pilots to give a closer look at some of the finest looking aircraft in all of aviation.