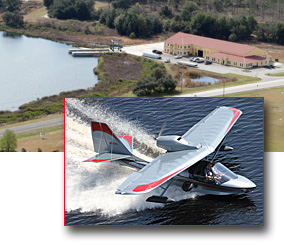 Progressive Aerodyne, manufacturer of the SeaRey, has its headquarters right on a lake in central Florida. 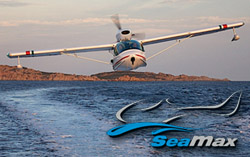 The handsome SeaMax is back with new representation. Look for SeaMax America at Sebring. 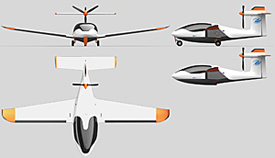 The first electric entry is the Equator P2 Excursion based in and partly funded by Norway. 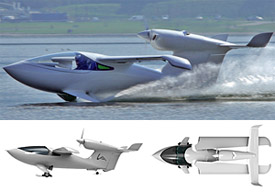 Akoya from Lisa Airplanes is a most distinctive design, and priced to match.

Life is good if you like LSA seaplanes. I’ll review five LSA seaplanes, either on the market or in development. *** Today SeaRey reins as far and away the most successful and proven design with some 600 flying. While SeaRey has been an Experimental Amateur Built (EAB) model, they’ve been working diligently on SLSA approval and will eventually sell SLSA, ELSA, and EAB versions. Priced around $70,000 as a kit, SeaRey is the most affordable seaplane. Owners are intensely loyal to the brand (Progressive Aerodyne) and the model. SeaRey is having a workshop right before Sebring. More about that shortly. *** SeaMax is the next most proven and accepted seaplane. Manufactured in Brazil, about 100 are flying including a handful in the USA. SeaMax America is the new importer for the handsome LSA seaplane from prolific designer (and nice guy) Miguel Rosario. From Great Neck, New York Richard Rofe said, “We have added many new features and have moved to a much larger production facility. We plan to reintroduce … the only SLSA [amphibious seaplane] that you can actually buy and fly!” They are working on their new website; for now ring Richard at 516-466-5258. |||| Now come three designs aimed directly at the LSA market; indeed, all have emerged since and as a consequence of FAA’s new rule and each is quite outstanding in its design appeal. *** Capturing the most attention is the Icon A5, which has garnered more than 700 delivery slot orders since its introduction at AirVenture 2008. The stunning A5 benefited from top-notch design and engineering staff hired from Scaled Composites, famous for building SpaceShipOne and other creations. Icon is also the funding leader, professionally pursuing deep pocket investors. Using its Silicon Valley roots and a Hollywood presentation, Icon generated a summer 2011 round of financing valued at $25 million. No one else is close. However, others are following. *** Newly announced was the EQP2, which stands for Equator P2 Excursion a design of Norway. Equator Aircraft is in the news as the company reports earning 4.2 million Norwegian krones or roughly $750,000 of government development funding. The company says, “The EQP2 Excursion is a carbon composite, hybrid/electric amphibian aircraft.” They plan an Experimental version first but plan to pursue the LSA market and more. EQP2 will be powered by the 125-hp (85 kW) Emrax engine. Check their website for some eye-popping art of this pretty entry. *** Also gaining increasing media attention is the equally distinctive Lisa from French designers Erick Herzberger and Luc Bernole. Though pricing is rather stratospheric (€300,000), the design standard and feature list are long including folding wings and their patented Seafoils, “a kind of hydrofoils located under the aircraft fuselage.” The project is flying and, as with Icon and Equator, Lisa Airplanes has a very slick website with lots of quality images. I’ll have more on Lisa in the near future.