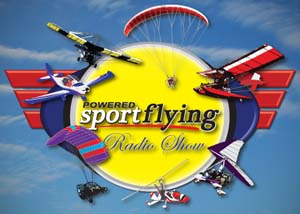 For the past 11 years, the Powered Sport Flying Radio Show covered topics for all sorts of recreational aircraft. 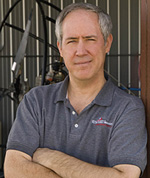 After 28 years on the job EAA editor Mary Jones announced a major change. 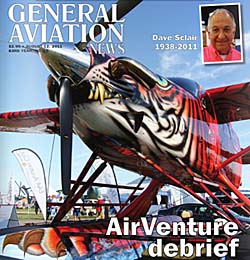 GA News was lead for many years by Dave Sclair who passed away last summer.

Twice in the past I’ve written about changes at the top of aviation leadership in 2011. We witnessed the departure of leaders in various market-leading companies. Likewise, aviation organizations have gone through a similar metamorphosis. In this third (and final?) installment, we’ll explore changes in aviation media. *** In this week headed into the Christmas holiday I participated in the second-to-last edition ever of Roy Beisswenger’s Powered Sport Flying Internet radio show. This is not sad as PSF Radio has had a decade-long run, which translates to well over 500 two-hour broadcasts. Thousands enjoyed the live performance but even more thousands listened to archived shows that you could capture off the PSF Radio website or from Apple iTunes as a podcast. Roy hinted that podcasts could continue but for now he’ll concentrate on his magazine (Powered Sport Flying) and his Easy Flight powered parachute flight instruction business. Roy described the latter and its introduction of new folks to flying as one of his great joys. After the show produces its final broadcast next week, Roy will have more time to attend airshows and that will enhance his magazine coverage. Keep watching this light aviation entrepreneur. Hearty congratulations, Roy, on a job very well done with PSF Radio! *** In another December announcement, longtime EAA editor Mary Jones said she will move to part-time status with the big member organization. After 28 years, Mary’s decision was facilitated by yet another change: the move of Flying magazine editor-in-chief Mac McClellan to Director of Publications for EAA publications. Mary developed a loyal and appreciative audience among the light and sport aviation community in her many years of writing and editing. She lead the association’s Experimenter magazine and more recently Sport Pilot before both titles were retired (association decisions having nothing to do with Mary’s capable leadership). Her latest position before stepping down was to lead EAA’s flagship Sport Aviation magazine. Mary is not flying off into the sunset. She’ll continue her work with EAA publications but on a three-day-a-week basis that will allow some other pursuits and bit more time to relax and not sweat the ever-present deadline pressure. Along with many others, I offer a most sincere thanks to Mary, a champion of affordable aviation. *** Our good friends at General Aviation News lost two stalwarts of their enterprise in 2011. Professional newspaperman and company patriarch, Dave Sclair passed away last summer and editor Tom Norton died more recently. Both losses were significant; Dave and Tom had decades of experience and encyclopedic knowledge of aviation. Fortunately, Dave’s son Ben has done what I consider to be a magnificent job of taking over the reins of the country’s only biweekly, and much-loved, aviation newspaper. *** Change is normal, inevitable, and indeed necessary in the natural development of business and in life. So while welcoming new chiefs, I salute each of the pioneers above and thank them for their dedicated service. Will the changes continue? Of course they will, though perhaps not at the pace set in 2011. We look forward to what 2012 holds. Aviation remains an exciting industry to observe. *** Merry Christmas, everyone!