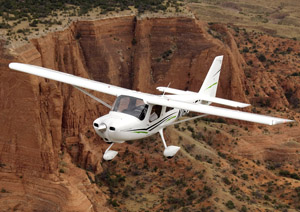 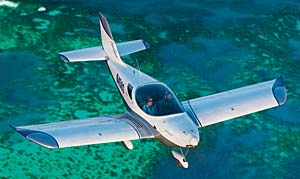 The LSA formerly known as the PiperSport, now returning under its original name, the SportCruiser. It will be supported in America by by U.S. Sport Aircraft 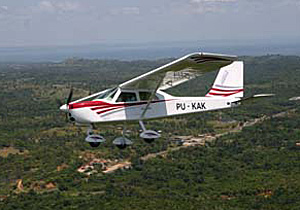 In that rarified air of the executive suite, well… at least in the boss’ office of LSA companies, something seems to be happening. Think about this question for a moment: What do the following LSA have in common? — Skycatcher, SeaRey, Paradise P1, Remos GX, and PiperSport. Give up? OK, it was something of a trick question. The answer: All the companies supplying these LSA have gone through major management changes in 2011. *** The most widely reported departure was that of Jack Pelton, who held the titles of President, CEO, and Chairman at Cessna. Along with him went other notables like Tom Aniello and John Doman; the latter man was VP of piston sales for years; he’s at Flight Design now. So besides Cessna’s very deep cuts to employment (previously media reports have said that more than 50% of workers were laid off), now top management has also changed. One wonders what this could mean for the single engine end of Cessna’s line. The Wichita giant hasn’t been alone in these gut-wrenching changes. *** In very recent days, Remos has gone through another major change at the top. Gone are the CEO, COO, and CFO. Theo Paeffgen, a lawyer associated with the company, has taken the reins. The U.S. staff appeared to have received little advance notice of this change. *** As 2011 began, Piper announced they would cease distributing the SportCruiser (renamed PiperSport for their one-year run) and this decision occurred about the time former Piper CEO Kevin Gould left, with management taken over by Jeff Berger, who is associated with the financial company, Imprimis, that bought the storied Vero Beach manufacturer in 2009. *** At Sun ‘n Fun, I had meetings with various persons associated with the Paradise P1 following a change to their U.S. distributor. However, in the brief two months since Sun ‘n Fun ended, a different American rep’ based in Orlando has taken over. (And though it doesn’t relate to airplane companies, longtime Sun ‘n Fun president, John Burton — a strong supporter of Light-Sport, I’d like to mention — announced he would leave the airshow president post to run the museum and educational initiatives of the Lakeland, Florida enterprise.) *** As reported here, SeaRey producer Progressive Aerodyne has new management as that seaplane developer morphs from a kit company to a fully-built manufacturer. SeaRey will continue with kits; the goal is to add an SLSA model. *** Is this simply the “shakeout” some have been predicting for the LSA industry? The companies appear to be surviving; it’s their leadership that appears in a state of flux. *** The good news is that the industry still has well-managed businesses and they are persevering through this most challenging of economies. In an industry cut whole from new cloth, changes are necessary to see the promise of this innovative way to certify and service airplanes. The best news? The global acceptance of the LSA concept continues… I’ll have more on this soon! Certainly, these are exciting times for light aviation.