Could 2020 bring a new description of aircraft under the LSA banner? Could this include greater capabilities and opportunities? Could you get the airplane you want for less? When?! Yes, yes, and yes …but probably not as soon as you want. The regulation may not emerge in 2020 but whatever the announcement date, what could be coming and how will it affect you?

We still have more to report from Sun ‘n Fun and Aero 2019 — and we will! — but numerous conversations at each event have pointed to another topic of keen interest to many: “What’s coming and when?”

Manufacturers of aircraft are among the most interested to hear more, but so are individual pilots and all the organizations and other enterprises that serve the recreational aircraft market. In this article, let’s take a closer look. (More articles will follow.) 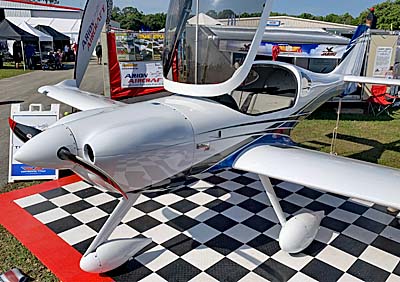 EAA has adeptly branded their good work to some of these ends as MOSAIC, or Modernization of Special Airworthiness Certificates. The spelled-out name is rather dull but MOSAIC is savvy as you can remember it and say it quickly.

LAMA has been working with FAA personnel taking a different tactic (earlier article about LAMA initiatives) while coordinating with EAA, AOPA, and GAMA in its advocacy efforts.

Each organization’s work has value and may converge into what FAA finally offers.

Nearly everyone in recreational aviation is by now well aware that the country is dotted with enterprises calling themselves a Builder Assist Center. This was not always the case. 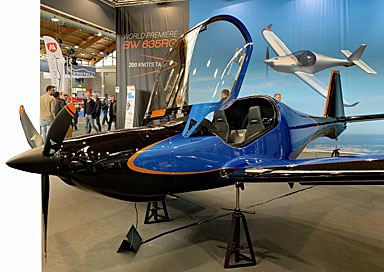 Sweden’s Blackwing is a retractable two seater with in-flight adjustable propeller. These qualities require a kit-built aircraft in America today. Blackwing is also available with fixed gear that could (but does not yet) qualify as an SLSA.

In short, a Build Center means a buyer of a kit aircraft can find assistance, tools, a facility, jigs, and more at a physical location where they can assemble their chosen kit. Build Centers have proliferated in recent years and a brief background explains why.

Back in the 1950s Paul Poberezny and his entourage of airplane enthusiasts willing to build their own flying machine had a tougher path. Homebuilding was a new idea then. In the earliest days you bought plans from a designer and you “scratch built” your airplane by collecting elements and fabricated those you could not buy.

Scratch building was difficult and took a long time but it was highly educational. Indeed, that’s how Paul and EAA sold the idea to FAA. (Great job, Paul and fellow builders!) 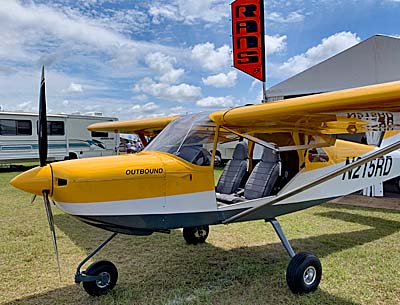 Rans offers their S-21 Outbound in either tricycle gear as shown or in taildragger with a choice of powerplants. You can buy this aircraft assembled or in kit form.

Companies like Van’s, Rans, and many others slowly evolved the plans-built concept into kits that attempted to speed construction by offering parts, then whole subassemblies, and later, quick-build kits. It took years as FAA and industry worked out the details. Those kits continually got better, more recently including precision match-hole construction that provides parts a builder can more accurately join together without costly jigs. Homebuilding was still time consuming but the process got far easier. Finished aircraft also got better with factory-made parts fitting more perfectly than ones a homebuilder cut or welded him or herself.

Over decades this lead to locations where now-qualified builders helped other builders. Finally, people got into the business of helping people. This may not have been exactly what FAA (or Paul) envisioned back in the ’50s and ’60s but they allowed a great expansion of the idea as part of the experimentation and education of pilot builders.

Today, Experimental aircraft are a substantial part of the overall U.S. aircraft fleet (approaching 20% of all aircraft!). Some are marvelous, fast, sophisticated flying machines that Joe Homebuilder probably should not build on his or her own. FAA recognized the value of professional help and did not discourage the effort. 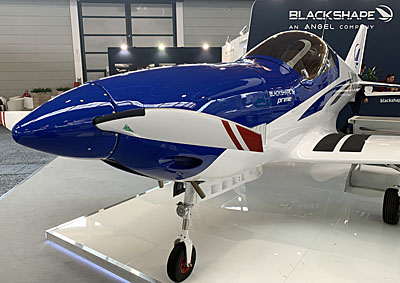 Blackshape‘s Prime is another aggressive tandem seating European hot rod with retractable gear. In the USA today  it would have to be assembled from a kit.

As aircraft got more capable (faster, larger, better equipped, more complex) build centers become even more valuable. Some kits were so challenging for the average builder that professionals began to assist them. It took time but these build centers stayed within the limits of what FAA permitted under the so-called 51% rule.

Now, with a new regulation in development, the agency may expand on the Professional Builder Center concept greatly.* A pilot seeking any number of fast, bush, or amphibious aircraft — commonly in kit form to deliver a vast array of configurations — will have a far easier time assembling it and the resulting aircraft will almost surely be better.

Once you’ve got one of these speedy aircraft built, how can you learn to fly it or transition from a different aircraft you presently fly? Can you hire someone? 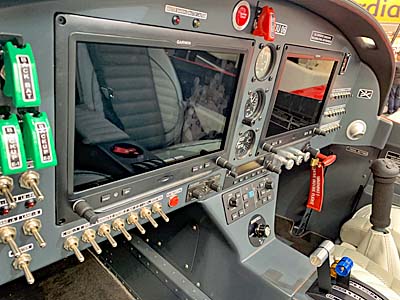 Yes, you can. This article details another positive change FAA has made to better serve the LSA and Sport Pilot kit community. As this series — “The Future of LSA+SP Kits” — progresses we’ll cover other aspects of the regulation to come and how it may affect both producers and buyers.

However, implementation of a new rule is still years in the future. Until then, you have many marvelous choices in fine fully-built LSA, kit aircraft, and ultralights …so go enjoy the skies!

* DISCLAIMER — As with following articles in this series, what is described here is the best available information at the time of publication. In spring of 2019, FAA’s regulation is still in early stages of development and it is a huge, sweeping rule set that touches on many parts of the FARs. What finally emerges may or may not be as described here.