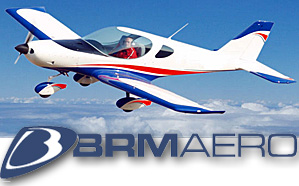 Does it look familiar, perhaps a little like the SportCruiser or PiperSport? photo courtesy BRM Aero 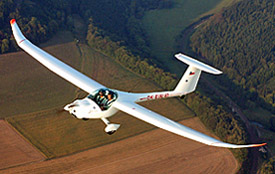 Lambada was thought to be a goner, but it’s back. photo courtesy Distar

Here’s a tale of two planes. One has been seen and sold in the U.S. (Lambada motorglider). The other has a fascinating history and should look familiar to you… quite familiar. It’s now known as the NG 5 LSA and that probably rings no bell. However, NG 5 and the #2 ranked SportCruiser share a common history. NG 5 designer, Milan Bristela, once lead design work at Czech Aircraft Works, the first company to create and bring to market the SportCruiser. In 2010 that model took a yearlong debut as the PiperSport though once again U.S. Sport Aviation returns to their long support for and sales of SportCruiser, now produced by Czech Sport Aircraft. *** Along the way, Milan departed and worked for a time with another company called Roko Aero; the aircraft was then called the NG 4. The newly formed BRM Aero company said, “[We] finished collaboration with Roko Aero and stopped production of their NG 4 aeroplanes.” Now, Americans can welcome NG 5 LSA to be represented by Liberty Sport Aviation in Pennsylvania. *** Timing is close but Liberty’s Barry Pruitt wrote, “The Milan Bristela design … will be here the first week of September for the AOPA show!” Details are scant now, but if you can attend AOPA Summit 2011 in Hartford, Connecticut you can discover more. If you are unable to make the show, I hope to gather additional information from Summit. Barry Pruitt has long LSA experience with another all-metal low wing, Evektor. He worked for two of the importers and built many models flying in the U.S. today. |||| Joe Kulbeth wrote, “I have recently become the new distributor of the Lambada and the Samba XXL.” Urban Air’s products were taken out of bankruptcy by another Czech company named Distar s.r.o., which has resumed the manufacture of these two aircraft and is now ready to take orders from buyers. Lambada had a decent early run but fell out the market when Urban Air went down. *** After Lambada disappeared, Jim Lee formed Phoenix Air USA to distribute a significantly revised, second-generation LSA motorglider of the same name: Phoenix. *** Kulbeth’s partner Mike Tomazin acknowledged the challenges. “Not too long ago it was believed … that the Lambada, manufactured by Urban Air s.r.o., was going to pass into LSA aviation history,” he wrote. That proved incorrect. *** With a reported empty weight of 627 pounds Lambada has a useful load of 693 pounds for pilot, passenger, baggage and fuel. Tomazin reported the long-winged beauty is available with either 80-hp Rotax 912 UL or 80-hp Jabiru 2200. Aeronautical & Industrial Resources, abbreviated as AIRUSA, said it is the exclusive North American representative for Distar. Current Lambada pricing with an 80-hp 912 Rotax engine and basic instruments is $83,500 (not including shipping).