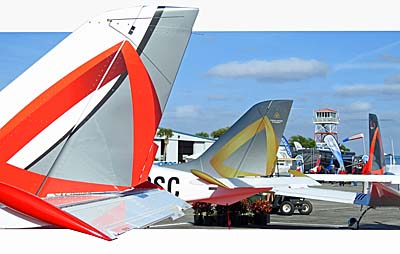 The fourteenth running of the U.S. Sport Aviation Expo is history and if this is how the rest of the year goes, I predict a stronger year for LSA sales. Vendors were smiling by the end of the show and a good many customers are now anticipating a shiny new aircraft in their hangar.

Based on my unscientific survey of vendors, I would estimate at least 15 aircraft sales and possibly more as I did not query every vendor. Of course, airshow promises don’t always materialize but regardless of the precise number, it was amply clear that Sebring — and similar focused-venue shows that confine themselves to LSA, light kits, and ultralight — still offer their magic in putting customers and sellers together. 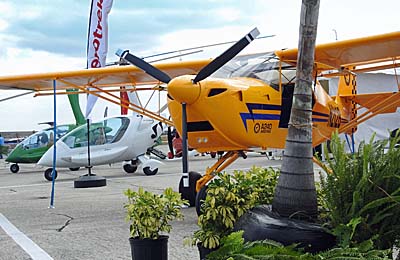 An Aerotrek A240 sits by greenery with ELA gyroplanes in the background.

Several vendors told airport executive Mike Willingham about having “pages” of solid leads. Even non-LSA exhibitors such as Cirrus reported to him that they found good prospects at the show. This reflects what I perceived as very good foot traffic on all days of the event.

While vendors form the information side of these views, the fact is that aviator buyers are still flocking to the many great choices in this segment of affordable aviation.

By another view, the push by AOPA and EAA for BasicMed appears to have hardly affected Light-Sport Aircraft interest. In fact, BasicMed may be helping. While new opportunities now exist for older pilots to keep flying their older GA airplanes, BasicMed (see earlier article with comments) has enough hoops to jump through that some are obviously electing to continue using their driver’s license paired with their existing pilot certificate to fly Light-Sport Aircraft. 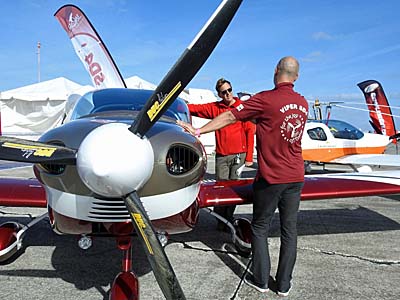 Duc-Hélices props are seen on this handsome Viper SD4 but the French brand was all over the airfield.

Putting a finer point on it, I believe the reaction of many pilots demonstrates that a brand-new, affordable, high-tech, roomy, and well-performing LSA holds genuine appeal.

Sebring is the granddaddy of these LSA, light kit, and ultralight shows. It has spawned similar events like the Midwest LSA Expo and the DeLand Showcase plus it has inspired shows like Copperstate and Arlington to keep a focus on more affordable, recreational aircraft.

These new events are no challenge to the majors such as Sun ‘n Fun (starting in barely over two months) and AirVenture Oshkosh but they have clearly won a place in the airshow circuit. Some find it curious that three of the best shows for these events are in Florida but the state is obviously a national center for recreational flying. 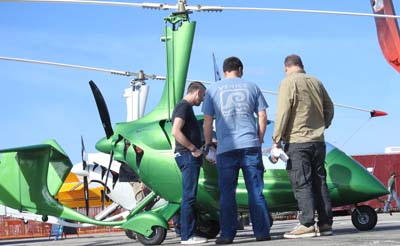 Interest in gyroplanes continues to grow based on scenes like this and reports of strong 2017 sales from multiple vendors.

Weather at Sebring was good this year although fairly windy on a couple of the days. However, plenty of flying still occurred and the gyroplanes in particular appeared to have no problem with the conditions. Even the Ford Trimotor * — one of two flying examples remaining — flew steadily, cancelling operations only on one afternoon.

The number of exhibitors at Sebring, the volume of attendees and the seriousness of these pilots about buying, plus the range of aircraft options — in both types and cost — is but one part of the success story that is Light-Sport and experimental amateur built aircraft. For more about the continuing success of the Sport Pilot/LSA concept FAA introduced almost 14 years ago, read this article. 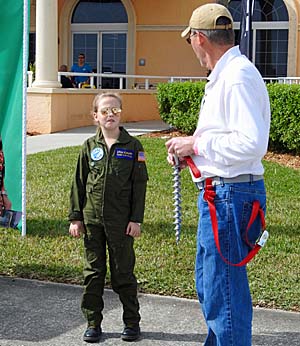 As the last sentence suggests, the Sebring Expo owes some of its success to jumping in as LSA debuted on the aviation stage.

Mike Willingham reported that while Expo has not profited from the show itself the event has nonetheless been a success for the airport by putting it squarely on the aviation map and by helping to attract several new tenants including the large facility operated by leading LSA purveyor Tecnam. (Watch for our interview with Tecnam COO, Giovanni Pascale Langer in the weeks ahead.)

* For more about this fascinating corrugated metal aircraft from the 1920s, go here. 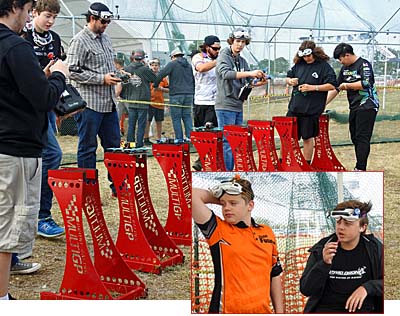