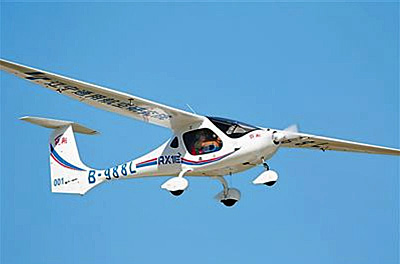 All over the world, electric airplanes are getting remarkable amounts of attention, deservedly so as an exciting development to match work in cars and other vehicles. These days, while drones (also called UAVs, UASs, or RPVs) are made in various countries, a lot of the development comes from China … so why be surprised to hear of a positive development in a Chinese human-occupied aircraft?

Is it the first “certified” electric? Well, “certified” is a term that can be challenging to define as the word means different things in different countries. For example, we’ve already produced a video covering the American-designed, Chinese-developed eSpyder from Yuneec. It won German approval in 2013. My flying experience on eSpyder is documented in this article. You can also read a more encompassing electric aircraft review article from 2011, though with the rapid pace of development such articles become dated rather quickly. 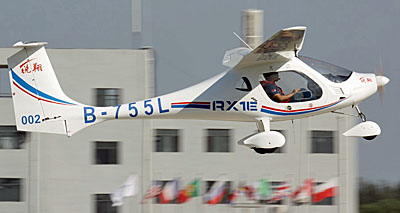 Cafe continued their report writing that RX1E is “…made of carbon fiber composite material, uses a 10 kilowatt-hour lithium battery [that is] enough for a 40-minute flight. Charging takes one-and-a-half hours and restores enough energy to make a 40-minute flight, all for about 5 yuan (80 cents). 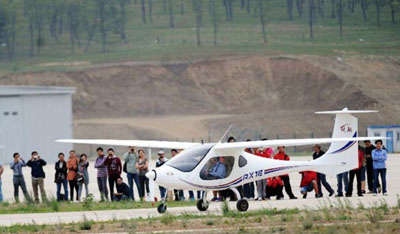 Cafe credited Xinhua News Agency, which reported “a maximum cruising speed of up to 150 kilometers per hour (93 mph or 80 knots), and the ability to climb to 3,000 meters (10,800 feet) at a maximum takeoff weight of 480 kilograms (1,056 pounds).” RX1E is said to have a takeoff distance of 290 meters (930 feet), and a landing distance (probably over a barrier) of 560 meters (1,792 feet). Power is supplied by a 30 kW (40 hp) Sineton electric motor. Contrarily, Cafe notes, Yuneec employs a company-produced powerplant; they are famous for powerplant developments driven by their huge success in radio control models.

My source of the certification news offered to ask company officials for more details and when I have more I will update this article. 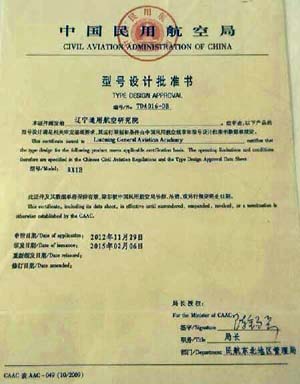 Last fall our good friend Mary Grady writing for AVweb reported that RX1E “production is expected to begin in the first half of 2015, according to China Daily. The plant will be capable of producing up to 100 airplanes per year.” AVweb’s report continued quoting Yang Fengtian of Shenyang Aerospace University, “The plant will be capable of manufacturing up to 100 airplanes per year within three years,” said Yang. Drawing from other sources, the AVweb article stated, “The aircraft will fly about 90 minutes on a full charge,” at a cost of about one dollar. “Cruising speed is about 86 knots. The price is expected to be about $163,000.”