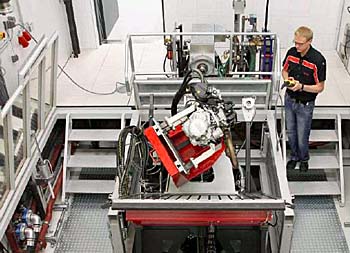 On a visit to Rotax near Wels, Austria in April this year, I was privileged to examine the immense Rotax engine factory and test facilities with executive Christian Mundigler. Taking a whole day from his many duties, Christian gave us a thorough tour of the many departments both non-aviation and for Rotax Aircraft Engines. In our discussions, I revealed that with about 5,500 hours logged, the majority of my flight time has been behind — or in front of — Rotax powerplants. I hadn’t realized it myself, but after many years of flying nearly every ultralight aircraft and the majority of Light-Sport Aircraft for sale in the USA, my Rotax time now exceeds my Lycoming or Continental time … with some hours for Jabiru, HKS, Hirth and a few others adding to the total. 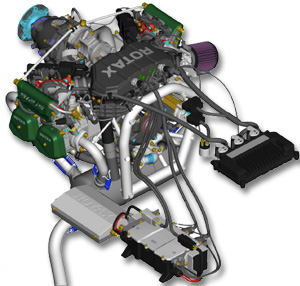 Most recently, I have been able to log more than 30 hours on the newest Rotax of all, the 912 iS. I have found it to offer significantly better fuel economy; I have been able to consistently burn less than four gallons per hour by slightly backing off max performance. The engine produces speeds of 120 knots, topping out the LSA category in the sleekest models (and it can give more speed in countries that allow in-flight adjustable props). When setting the 912 iS at just under 5000 rpm I see about 125 mph (about 110 knots) at lower altitudes, at which speed digital instruments calculate 30 miles per gallon. Since 1989, Rotax has sold more than 46,000 four stroke engines in the 912/914 family (80 to 115 horsepower); that’s nearly 2,000 a year. The company says this fleet of four stroke engines has now logged more than 40 million flight hours — not even counting many more from the older two-stroke line* — and is presently adding five million flight hours every year. More than 220 aircraft manufacturers use two and four stroke Rotax aircraft engines supported by a worldwide network of Rotax authorized distributors and their service or repair centers with more than 150 sales outlets. 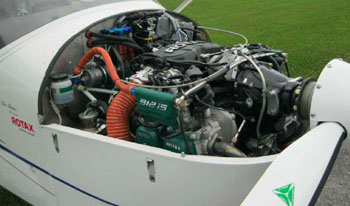 While the 912 iS is essentially the same engine as the carbureted 912 ULS, it has seen numerous changes including fuel injection and computer controls. Running up an iS requires some procedural changes for those used to Lycoming or Continental engines. Instead of checking magnetos with small power drops (when operating on only one mag), you switch between “lanes” and generally see hardly any power drop though you do observe a momentary hesitation as the computer senses which lane was selected. In flight, rather than tach readings of 2200-2700, you use power settings of 4200-5500. Gone is any concern about carb icing. The mixture is idealized at any altitude, and generally maintenance is eased, for example, the old balancing of two carburetors is no longer needed. Every time I’ve asked the engine to start it has done so instantly though I should note I only operate in warmer climates. I don’t start taxiing for takeoff until the engine reaches 120 degrees Celsius and you maintain power at 2000 rpm or higher. The computer checks the engine frequently and shows a light if something needs attention. It couldn’t be much easier and using 91 octane auto gas, fuel costs about $15 per hour. For comparison, a Cessna 172 will cost roughly $35-50 per hour using 100 LL avgas. 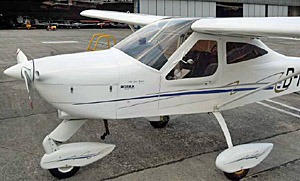 Rotax engineers have set the engines to run in what they call Eco mode (until 97% power is demanded). In common use, you’ll only need “Power” mode in takeoff phase. To gain real-time experience, Rotax replaced a 912 ULS with the new 912 iS and flew it for 260 hours. They tried to keep all other factors constant: the same airframe, similar speed, the same atmospheric conditions and temperature, the same fuel volume, and even the same pilot. Most comparison was done in a Tecnam P92 Echo Classic. One series of tests used 60-minute flights with five minutes taxi out and five back plus 50 minutes of pattern training work (doing seven landings), which they called the “flight training scenario.” The average burn was 2.65 gph. Over 260 hours of testing at a variety of altitudes consumption averaged 32.6% less (in a range of 26-36% lower consumption) burning an average 3.25 gph. In either mode, fuel use was substantially less at high altitudes. Rotax’s test plane is lighter than the LSA I used so fuel use was a bit lower than what I typically see. I’ll probably get better at maximizing fuel economy. However, even at my use experience in an airplane that weighs 280 pounds more, the 912 iS is simply excellent on fuel burn. That’s more flying for less money … and that’s a great thing.