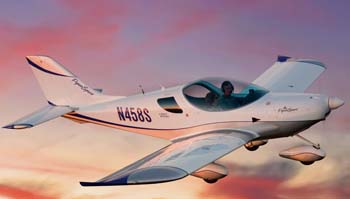 Flying into the sunset for the one-year-old relationship between Piper Aircraft and Czech Sport Aircraft. 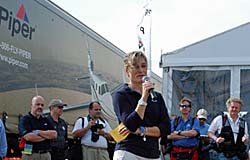 In stunning news just before the Sebring LSA Expo starts, Piper Aircraft announced they will be terminating their business relationship with Czech Sport Aircraft, the Czech republic-based manufacturer of the PiperSport (previously known as the SportCruiser from initial developer Czech Aircraft Works). *** “After a year working with Czech Sport Aircraft, Piper determined that it is in our company’s best long-term interests to discontinue the business relationship…” said Piper CEO Geoffrey Berger. “Clearly, the company has a different business perspective and approach to the market than Czech Sport Aircraft,” he added. The company stated that “it became clear that Piper’s core strengths and that of Czech Sport Aircraft were mismatched.” *** This follows a year that saw Piper register more new SLSA than any other company, almost reaching their sales target announced at last year’s Sebring. (see note at bottom) “We at Piper have a close affinity with this emerging segment of the marketplace and we have great expectations for the LSA industry. The LSA we were distributing is a good one and we encourage aviation enthusiasts to continue their support of this segment of the market,” Berger added. *** Piper will honor their sponsorship of Sebring’s U.S. Sport Aviation Expo and staff will be present at Sebring 2011. *** Meanwhile, spokesperson Jackie Carlon emphasized the Vero Beach, Florida-based company remains, “very enthusiastic about the LSA industry and market. We will look at opportunities, but have no immediate plans to replace the PiperSport.” Carlon clarified that Piper sees “significant opportunities” in the LSA space, for student pilots plus experienced pilots seeking an aircraft. *** In the end phrases such as “differences in business philosophies” and “fundamental differences” identify that Piper Aircraft’s action reported here is one of severing ties to Czech Sport Aircraft more than any doubt regarding the Light-Sport Aircraft market. *** Piper registered a total of 54 PiperSport SLSA in 2010. They had forecast 75 units, but the actual number represents a solid performance in a down year. Look for our full-year LSA market report to follow. As always remember that registrations may not equal aircraft deliveries; Piper may state a different figure for their 2010 sales. For more on this breaking story, see Jim Lawrence’s report below.