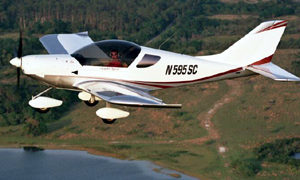 Perhaps it’s the start of a new trend…early consolidation. Or maybe it’s simply a good fit between two top LSA providers. Either way, customers and sport pilots win in my opinion. Today, a joint announcement was issued by SportairUSA (national importer of the StingSport) and Czech Aircraft Works (builder of the Mermaid, Parrot, and SportCruiser). The two organizations said that SportairUSA will begin distribution of the Parrot high wing and SportCruiser low wing using their nationwide network of dealers. Czech Aircraft Works U.S. partner, Sport Aircraft Works, run by Danny Defelici welcomes the new arrangement saying, “To minimize our time to market, we required an established distributor that knows the sport aircraft market and possesses an extensive dealer network, so the logical choice was to team up with SportairUSA.” SportairUSA chief Bill Canino stated, “We are excited to represent the Parrot and SportCruiser in North America.” He added that bringing a high wing to their portfolio fills out their line and he views the SportCruiser as an exceptional trainer with a modest price tag.

Looking all shiny and smooth is the new Parrot from Czech Aircraft Works (CZAW) — the Czech LSA company owned by former Wisconsin resident, Chip Erwin. Parrot adds to the amphibious Mermaid as distinct aircraft from CZAW. Some pilots know this company from its licensed production of Zenith 601 and 701 models, but they are using their engineering talent base to create their own designs. Both Parrot and Mermaid were developed very quickly and efficiently revealing an interesting marriage of American entrepreneurism and Czech airplane building skills. For more info, go to SkyShops website.

After certifying a CH-601 with Rotax powerplant as an SLSA, Czech Aircraft Works (CZAW) recently won another Special Light-Sport Aircraft approval on November 18, 2005. Parrot represents the 22nd SLSA design that received FAA blessing. The shapely aircraft looks like composite construction, but is actually a work in aluminum. With stretch formed fuselage curves, cantilevered swept-forward wings, and a forward hinging bubble canopy concept on a high wing…Parrot has an appropriately distintive look as CZAW continues it new design phase. Earlier this American owned Czech company manufactured the designs of Chris Heintz (601 and 701) but Wisconsin-raised Chip Erwin lead his company to create the amphibious Mermaid and the Parrot land plane. Unlike some other companies in the LSA field, CZAW has already proven its production abilities. Customers have recognized this ordering some 200 units of both Mermaid and Parrot. 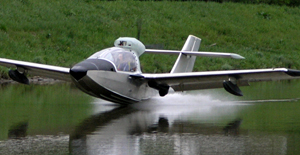 Many of you are aware of FAA’s confused state over “repositionable gear” for LSA floatplanes. At present the agency is stalled regarding the issue. I understand from highly placed officials that a solution could be to allow one gear movement per flight. That would fix the problem but changes move very slowly in the federal bureaucracy. To kick start action, one active producer of floats and flying boats — Czech Aircraft Works, and their U.S. partner, Sport Aircraft Works — has swiftly gotten the agency to release a “Petition for Exemption.” The usual dense federal language describes the petition, but Sport Aircraft Works has made responding much easier. Go to their website and follow the directions; they provide a link to the FAA submission site. Comments must be received by March 6, 2006, so if this matters to you (and it should!), then please take action quickly.

With their fourth Special Light-Sport Aircraft approval, Czech Aircraft Works (CZAW) and their U.S. partner, Sport Aircraft Works, have taken the lead for one company to win SLSA certificates for the most models. Tecnam has been tied with CZAW at three until Friday, March 24th when Sport Aircraft Works made the announcement. Sport Cruiser also rounds out the line for CZAW. The new design resembles the CH-601 on which the comany had earlier gained SLSA approval. CZAW manufactures Zenith aircraft under license for European sale. For U.S. sales, the American-owned Czech company can boast a high wing (Parrot, approved as a SLSA in November 2005), the amphibious Mermaid (SLSA in February) and now the low wing SportCruiser in March. AMD of Georgia also has a SLSA certificate for their Zodiac CH-601 XL with the Continental engine; CZAW aircraft use Rotax. I hope to fly all three CZAW/Sport Aircraft Works airplanes right before Sun ‘n Fun. 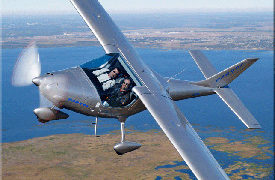 A lot of folks have asked what happened in the accident I sustained (April 17th SPLOG). It’s a fair question. Pilots can learn from accidents. So, here’s my replay: First, any accident I’ve ever investigated had multiple causes and so did this one. The Czech Aircraft Works prototype Parrot is a fine plane with which I have only minor complaints — and I expect they’ll fix every one by the time it goes into production; this is an experienced company with expert engineers and developers. But on April 2nd, the Parrot’s Rotax 912S engine didn’t make full power. It revved only to about 4300 rpm, not the expected 5600 rpm. My contributing error, therefore, was not immediately aborting the flight after seeing less than full power. I was number one in a flight of two aircraft. The number two was behind me and while I didn’t dwell on his presence, it may have been one reason I didn’t abort.